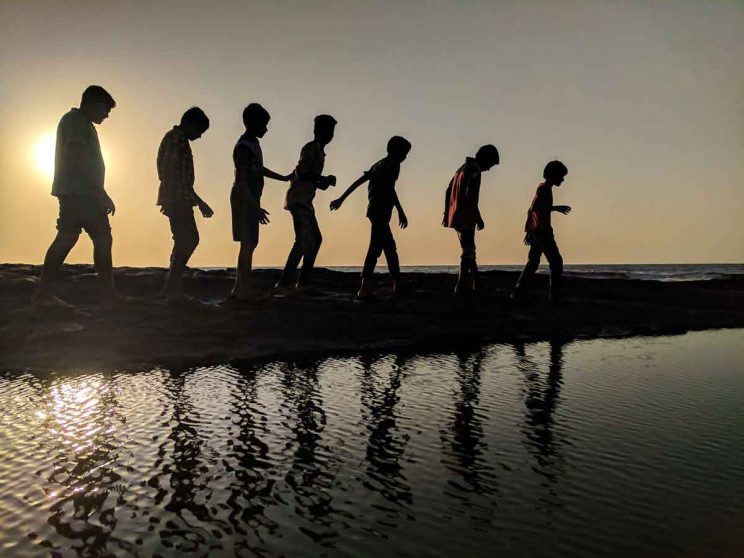 South Africa needs a process to find healing and forgiveness, to be transformed by one another, and together find solutions to the deep problems of our beloved country.

I’m not really sure how we can do this. I feel that we are polarised far more today than we were ten years ago.

I also know how difficult these necessary conversations are, because they force us to examine ourselves very closely and will certainly bring on deep emotions, many of which have been kept hidden for decades.

One of the advantages of having attended a multiracial Catholic school in the 1980s and ‘90s, was that black, white,  coloured and Indian children first met each other on the playground, away from political tensions and preconceived ideas.

We played together and when we fought, it was not about race but about the very ordinary things that all children need to learn: how to share, to be fair, to treat others with respect, to take turns.

As we headed into high school, South Africa held its first free and fair elections and a new form of government came into being. We spoke about our parents going to vote. Our teachers made us record what we saw in the news and around us.

Slowly we became politically aware. We also realised that our parents had very different ideas about what the new South Africa represented. We discovered that we had embodied some of our parents’ thoughts and ideas. It made for some explosive lessons as our different worlds collided jarringly and we tried to make sense of it all.

There was a geography lesson where we realised for the first time that a small minority had control over 90% of the country’s agricultural land, and it just did not seem fair.

I remember an English lesson, where we spoke about whether Shakespeare and William Blake were even relevant, given the time and geographical place we were growing up in. Where are the African writers, we asked? Or the time someone asked the religious education teacher if Jesus was only for white people.

Those were not easy times to be in high school. But in all those discussions, the shared anger, frustration, confusion and lack of awareness, as well as the inability to fully express ourselves, I remember two moments that today I recognise as moments of true reconciliation, when we were able to see beyond race and discover each other’s inherent dignity and worth.

In our final year of school, the prefect body was very polarised by the usual popularity contests. I arrived early one morning and overheard a conversation about how some of the girls had decided to boycott the two headgirls.

One black girl stood up against her black fellow pupils and said that she would support the heads — who were white and Indian, respectively. The others accused her of not standing with her own kind, to which she responded: “I will stand with the person who has integrity.”

On another occasion, in a heated history discussion, a black classmate said that all white people should leave South Africa and go back to the countries of their ancestors. This comment elicited a very emotional response from the white students because for us, South Africa was our home, not a distant European country that most of us had never even visited.

Our teacher looked on helplessly as both sides tried to argue about who belonged in South Africa.

After we’d let it all out, we started talking about how first one white girl could stay because she could contribute to improving the quality of education, another could stay because she was good at solving problems. We then talked about what each one of us, irrespective of race, could contribute to the future of our country, and we concluded that each of us had a place.

We had our TRC in the classroom. Those difficult and beautiful moments prepared us to be adults in post-apartheid South Africa.

We were able to do this because we had played together as six-year-olds, and knew each other on a personal level. This familiarity is the foundation that allowed us to have these challenging conversations and still emerge as friends afterwards.

Most South Africans in their 30s and 40s who attended single-race schools never had the same opportunity.

In an effort to put the past behind us, we — as a nation — have bottled up half-formed thoughts and perceptions of groups from different races and never got beyond the surface to recognise the value of each person.

The psychologist Sigmund Freud suggested that the things we repress are the things that later erupt in very ugly ways. This is what we are seeing today: in Vicky Momberg’s unacceptable outburst, in Ashwin Willemse’s walkout during a live rugby broadcast, and countless other stories that have made headlines.

I know that a school setting for these conversations is unrealistic, and truth be told, my classmates and I probably would need to do it again, this time examining our own worldviews and the tropes we have formulated based on our individual experiences as adults.

More than this, it’s not enough to just talk about race and our perceptions of each other. We also need the inner healing transformation that makes each one of us accountable to the transformation of our society so that it can truly be more equitable and race no longer be a determining factor for success or failure.

This requires each one of us to make some sacrifices and take responsibility to build the kind of country we’d like to live in.

As Christians, we recognise that we cannot go this course alone. We need the Holy Spirit to touch our hearts, so that, like Zacchaeus, we can encounter Christ in our brothers and sisters whom we have grieved, and return that which we have taken — reducing the other to the smallness of our misperceptions.

And we might go even further by giving more than we owe, recognising the inherent dignity of each person and fostering deep transformation.

Perhaps a good starting point is Winter Living Theology 2018, organised by the Jesuit Institute, which this year has as its theme: “Racial Justice and the Demands of Discipleship”. The series of talks and discussions, presented by US priest Fr Bryan Massingale, will take place in Johannesburg, Port Elizabeth, Durban and Cape Town.

Our faith tradition and spirituality has the tools which can help us unlock and kickstart a process of listening, sharing, healing and transforming at a personal and parish level.

And maybe, our experience as a Church could contribute to a far larger national discussion on race and real reconciliation and healing.

Is Being Single A Vocation?