What Does ‘In Good Conscience’ Really Mean? 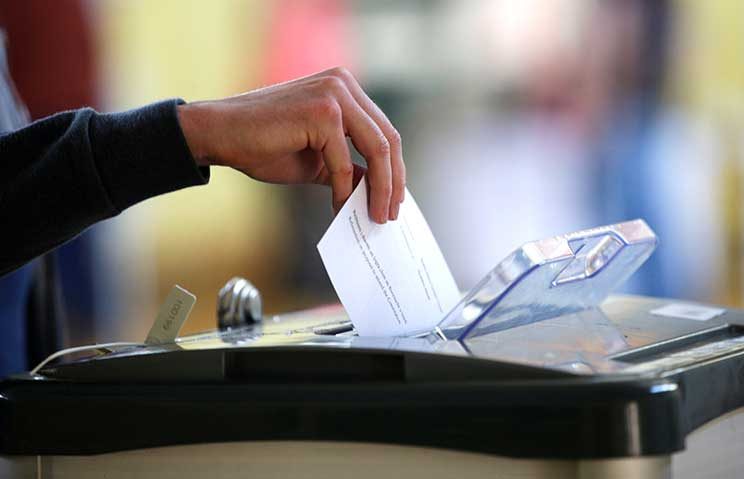 After the recent Irish referendum on abortion, I read that some priests said that Catholics who voted “Yes” to decriminalise abortion should go to confession because they had sinned by not defending the life of the unborn child.

Should the Church tell us how to vote in civil matters? And if we vote contrary to the position taken by the Church, have we sinned?

As Christians, we have a moral obligation to participate in civil matters and use our voice to contribute to the wellbeing of society. However, the issues that require our voice are not simply black and white, completely right or completely wrong.

Is there “a lesser evil”?

Our choices — and the reasons behind them — often reside in that murky grey area where we choose what we perceive to be the lesser evil.

So I asked myself: How would I have voted in the Irish referendum? I am pro-life. I believe abortion is murder and that all life is a gift from God and should be protected from conception to natural death.

I also believe that most women do not choose abortion lightly. It is a choice induced by fear or deep hurt. It is the fear of rejection, the fear of raising a child alone or feeling completely unprepared for the responsibilities of motherhood. It is the fear of how to find the material and emotional resources to deal with a grave disability, or love a child conceived through sexual abuse. It is, more often than not, a decision made under mental and psychological anguish.

Every life should be protected — the unborn and the living. The unborn should have the right to life. Similarly, women in precarious circumstances should not be treated as criminals (especially when we don’t know the reasons or suffering that prompted the decision), nor should they resort to dangerous backstreet abortions because they feel they have no other options.

If I were Irish, I might have considered voting “Yes” to decriminalise abortion. Not as a rejection of the life of the unborn child but as a declaration of the need to promote legislation that better protects vulnerable women. It would have been a profoundly imperfect “Yes” but one that, to me, would seem to be the lesser evil.

Here’s the crux: Would this choice mean that I have sinned? What if I genuinely believe that my choice was the right one?

Each of us has to weigh up the options, inform ourselves thoroughly about all sides of the issue, seek out the Church’s teaching on the issue, pray on it, and make a decision in good conscience.

How Do We Define ‘In Good Conscience’

Acting in accordance with our conscience is not an excuse for laziness in matters of moral formation. Nor is it a cop-out to turn away from Church teaching, simply because it is no longer the popular voice in society today.

Gaudium et Spes, a Vatican II document guiding the Church entering a post-modern, relativist world, describes the primacy conscience as a pondered decision that we are compelled to obey after we have actively searched for truth:

“In the depths of his conscience, man detects a law which he does not impose upon himself, but which holds him to obedience. Always summoning him to love good and avoid evil, the voice of conscience when necessary speaks to his heart: do this, shun that. For man has in his heart a law written by God; to obey it is the very dignity of man; according to it he will be judged,” Gaudium et Spes notes (16).

“In fidelity to conscience, Christians are joined with the rest of men in the search for truth, and for the genuine solution to the numerous problems which arise in the life of individuals from social relationships. Hence the more right conscience holds sway, the more persons and groups turn aside from blind choice and strive to be guided by the objective norms of morality.”

How Are Our Consciences Formed?

The formation of conscience is an arduous process. It requires examining our own personal belief structures, deeply questioning our commonly held ideas about right and wrong, and recognising our own feelings and biases.

It is then our responsibility to search for what the Church has to say on the topic, comparing and contrasting it with other voices in wider society. We need to interrogate the arguments that each poses and test their reasoning and logic. We should pay careful attention to any deliberate efforts to sway our emotions in a particular direction.

In all this, we need a prayerful attitude of humility to bring the issue to God in prayer and to read the Scriptures with this topic in mind, asking the Holy Spirit for guidance. And then we need to stop and listen — for the voice of conscience to speak to the heart. When we have our answer, we should again test it and ask ourselves — is this position governed by love?

If we have followed all of these steps, then our decision will be made in good conscience, regardless of whether it is contrary to the voices of the times or even the Church.

Can this Choice Be Sinful?

But the question remains: Can this choice still be sinful?

The Catechism defines sin as “an offence against reason, truth, and right conscience; it is failure in genuine love for God and neighbour caused by a perverse attachment to certain goods. It wounds the nature of man and injures human solidarity. It has been defined as “an utterance, a deed, or a desire contrary to the eternal law” (1849).

If I am reading this correctly, if my choice is driven by a genuine attempt to love God and neighbour, to promote human solidarity, and is made after a sincere effort to discern the truth, then it is not a sin. But I recognise that my understanding of truth and reason is not absolute and is limited by my own imperfection.

As I continue to grapple with the complexity around the formation of conscience, I draw comfort from Pope Francis’ own reflections on the subject:

“Naturally, every effort should be made to encourage the development of an enlightened conscience, formed and guided by the responsible and serious discernment one’s pastor, and to encourage an ever greater trust in God’s grace.

“Yet conscience can do more than recognise that a given situation does not correspond objectively to the overall demands of the Gospel,” Pope Francis writes in his apostolic exhortation Amoris Laetita.

“It can also recognise with sincerity and honesty what for now is the most generous response which can be given to God, [my emphasis] and come to see with a certain moral security that it is what God himself is asking amid the concrete complexity of one’s limits, while yet not fully the objective ideal…it [conscience] must remain ever open to new stages of growth and to new decisions which can enable the ideal to be more fully realised” (303).