Faith is Life for Catholic Businesswomen 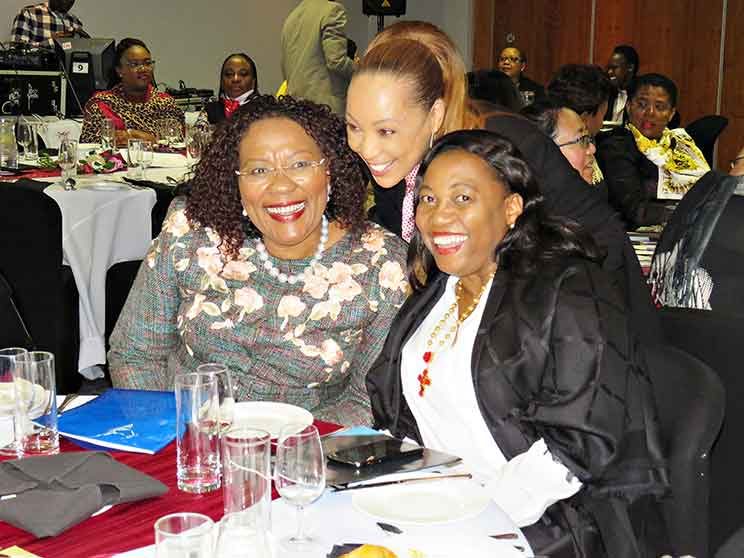 By Daluxolo Moloantoa – Catholic women are faced with one choice in pursuing financial freedom: a dual capitalist and socialist agenda.

This was the message delivered by Dr Anna Mokgokong, chief executive officer of Community Investment Holdings in her keynote address at the Catholic Business Forum Women’s Month Power Breakfast Seminar in Johannesburg.

Held under the theme, “Ethics, Excellence and Empowerment”, the seminar was meant to promote networking and dialogue among Catholic women in business.

It was broadcast live on Radio Veritas.

Dr Mokgokong, South African Businesswoman of the Year 2017, said that Women’s Month was not just about the celebration of womanhood but also a time to take an audit of women’s role in society.

“We as Catholic women cannot be swimming in wealth when just outside our doors we see abject poverty. We are called to do something about it”, she said.

Dr Mokgokong said that it is time Catholic women take patronage of their financial affairs. “Our Catholic rand should be moving from one Catholic woman to the next in support of each other.”

Her speech was followed by a broadcast of a delayed televised message from United Nations Women executive director, former deputy-president Dr Phumzile Mlambo-Ngcuka, also a Catholic.

Dr Mlambo-Ngcuka urged women to assert themselves not only in the household but also in corporate boardrooms.

“As women, we must sit in those boardrooms like we belong there. We must end being apologetic about our presence in the male dominated corporate world”, she said.

She further urged women to define for themselves what good corporate citizenship is for themselves, and to nurture integrity in their business dealings.

A panel discussion followed her keynote address. Moderated by media personality Ursula Chikane, the discussion centred around the question, “Do you consider yourself a Catholic first, or a businessperson of Catholic persuasion?”

Dr Mokgokong pointed out that she considered herself a Catholic first, saying that this guides her in all her business dealings.

Panellist Lindiwe Sangweni-Siddo, CEO of City Lodge Hotels, said that she sees herself as a Catholic businesswoman, because she promotes Catholic ethics and values in her business dealings.

Connie Motshumi, chair of the Red Cross and communications head of the Premier Soccer League, said: “In football men chase not only the ball, but they chase the deal as well. It is an environment in which I summon my Christian ethos on a daily basis in order to process it.”

For Lindiwe Mamashela, executive director at Global Aviation, her foundation as a Catholic is the bedrock of everything that she does, more so in her professional affairs.

Fr Lawrence Ndlovu, convenor of the Catholic Business Forum,  encouraged those present and those listening on Radio Veritas to spread the word about the forum.