After Brutal Attacks, Church Must Still Serve the Faithful 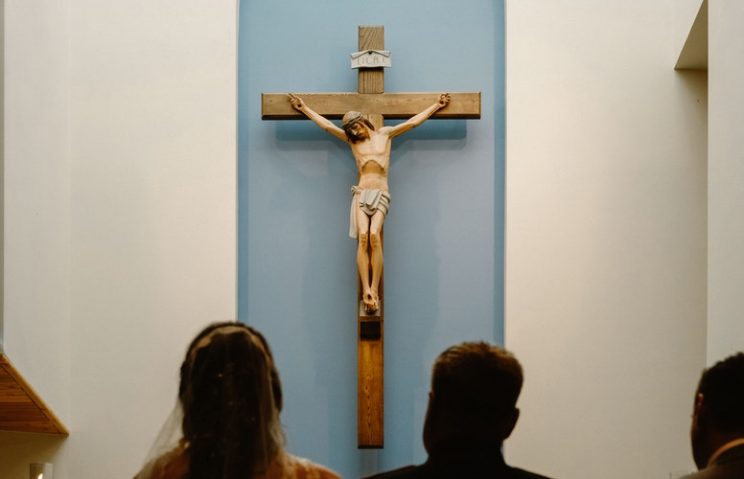 The brutal attack on a Pretoria study house in which a priest and a seminarian were injured in late September followed an onslaught of crimes against churches over the past few months — but “the Church will continue its work of ministry and service”, Archbishop William Slattery vowed.

In the September incident, seven robbers besieged the Wildwoods Stigmatine House in Pretoria North, shooting Fr Sylvester Motlhokoa CSS in the thigh and through the foot, and brutally attacking seminarian Nduduzo Jali with stones.

The priests and seminarians of the formation house had returned from adoration, had dinner and relaxed in front of the TV when at around 21:30 a seminarian heard footsteps outside the house.

“We said it is too early for someone to come and steal or rob us.  Usually they would come at around 2am or a time like that,” Fr Harrison Mulenga CSS, the formator of the students, told The Southern Cross. “So we ignored it because we thought it was fine.”

At around 22:00 the priests and seminarians were starting to prepare for bed when they heard their front gate shaking loudly and a gunshot go off.

“We heard a gunshot and then understood that we were under siege,” Fr Mulenga said. “So I phoned the police. When I phoned they answered quickly, and I asked them to rescue us.” He also phoned the security company — while outside Mr Jali was being stoned by the robbers.

The priest had to phone the police and security company twice more but had to wait for a long time for them to arrive, while he hid in his room.

When the police eventually arrived, the robbers fled.

Police met the two injured men at the hospital. When asked why they had taken so long to arrive at the scene of the crime, a policeman reportedly responded: “We got scared when we heard the gunshots [over the phone]. We are also human beings; we are not safe here.”

The attack on the Stigmatine house came after several other attacks on churches in Pretoria.

In August, Fr Pheto Matlana of Refilwe parish was threatened with a gun to his head during a robbery in church, and in mid-September two Sisters were hijacked and taken to a remote location.

Fr Vitalis Marole of Tembisa has been held up four times in the past 12 months. Last November the choir master of Daniel Comboni parish in Mamelodi was beaten to death in church.

The clergy is “particularly vulnerable because they have to travel a lot, and they come back in the evening alone”, he said. “The gangsters can study their movements and ambush them.”

Archbishop Slattery urged the public to “report to the police what they know”.

However, he said, “this is possible only if the police are treating information confidentially. People are afraid to speak at the moment because then they can easily be victimised.”

“The best security for Christian people is to care, and love each other,” Archbishop Slattery said, adding: “An injury to one is an injury to all.”

New Guide on Praying the Scriptures