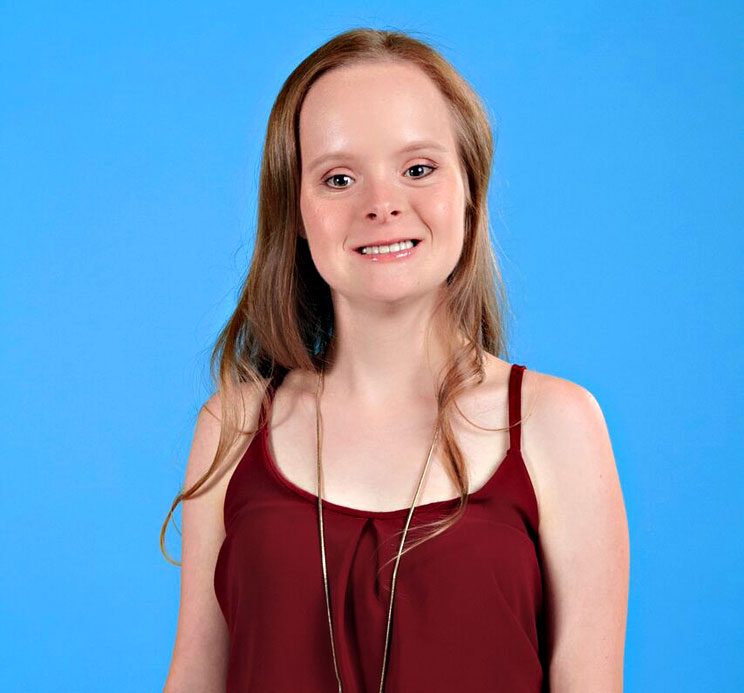 A young Catholic in Johannesburg  introduced her own fashion designs at a private show  and is determined to become a runway model.

Victoria Giuricich, 20, is a parishioner of Our Lady of Lourdes parish in Rivonia. Born in 1998, she has Down syndrome.

The aspiring model will debut three of her own original designs on the ramps as part of South African Fashion Week.

Ms Giuricich has been sponsored by Empowered Versatile Enablement (EVE), and has received mentorship from local designer Isabelle Lotter to create and showcase her three garments at her own private fashion show.

It has been a busy period for Ms Giuricich, which includes successfully obtaining her matric at Brescia House School in Sandton.

Recently she has taken on an apprenticeship in hairdressing as well as finishing a six-month modelling course at The Modelling Academy.

“I want to be a commercial model, and I want to become a runway model,” Ms Giuricich told The Southern Cross.

Along with modelling and hairdressing, Ms Giuricich also volunteers at the organisation Friends of Free Wildlife, where she cooks food for the animals.

“My favourite saint is St Francis of Assisi, because he loves animals. At Friends of Free Wildlife we take care of birds and other animals like turtles, hedgehogs, ducks, squirrels,” she said, adding: “I love animals.”

The devout Catholic is currently raising funds every weekend in her parish by selling cupcakes made by her mother Maria to fulfil another big dream. With her brother Andrea, Ms Giuricich wants to go to World Youth Day in Panama in January. “I want to go and see the pope,” she said.

Ms Giuricich said she is influenced and inspired by Madeline Stuart, the world’s first professional model with Down syndrome.

“I decided I wanted to become a model when I saw Madeline Stuart, who is my role model’’, she said.

Ms Giuricich was discovered by Pravina Young, the director of EVE, while she was doing apprentice work at the C. Connoisseurs Salon in Sandton.

EVE, an initiative which seeks to create opportunities for young men and women, is sponsoring Ms Giuricich for a five-day garment design course. The course, spread over five weeks, is presented under the mentorship of popular South African designer Ms Lotter, founder of SIES!Isabelle.

On October 24, Ms Giuricich is scheduled to showcase her designs at her own private debut runway show, where she will model the garments on the South African Fashion Week ramp.

“Different organisations want to get her as an ambassador. We are also looking at international pageants which we want her to get involved in. Vicky also recently got a call for a casting.”

Ms Giuricich has been interviewed on radio and the press has written about her.

“There’s a bunch of exciting adventures coming up. We are taking one step at a time,” Ms Winiecki said.