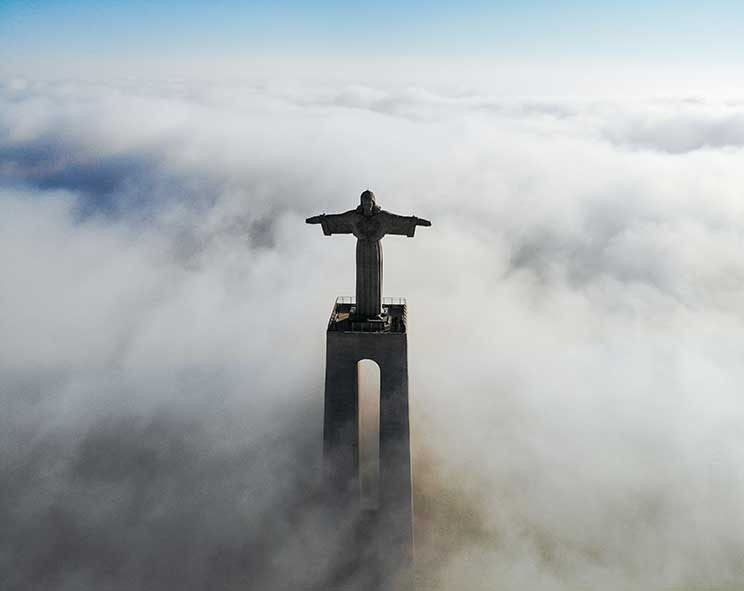 There is a stirring image that has been circulating around the internet this week after the horrific attacks in Sri Lanka on Easter Sunday by Islamic militants against Christians and Western interests. It is a picture of a statue of the Risen Christ, taken in a Catholic Church that was a site of an attack. The statue of the Resurrected Lord Jesus is covered in blood, the blood of Christians killed in a terrorist attack.

We also cannot forget that for those who orchestrated these attacks, Christianity and the Western world are intertwined. Would that it really be the case in the minds and the hearts of the Western world, not only in the crazed minds of a terrorist organisation!

In an age when The Associated Press can release an article titled “Tourist Mecca Notre Dame Also Revered As Place Of Worship” and actually be surprised that this “tourist mecca” was a place where devout people came to celebrate holy Mass and not just an artistic masterpiece is pathetic. If this is the best that the journalism of the Western world can produce, then we are in big trouble.

Secularism is rampant in the Western world, not only in Europe, but it is growing in the United States. How many politicians, who justly condemn these villains, will see these attacks in Sri Lanka not only as a generic terrorist attack, but as a genuine assault on Christianity in general and Catholicism in particular?

Will they say that Christianity is under attack and will they do anything to defend these people of faith?

Pope Francis, in his Easter Sunday “urbi et orbi” address stated: “I want to express my loving closeness to the Christian community, targeted while they were gathered in prayer, and all the victims of such cruel violence,” he said. “I entrust to the Lord all those who were tragically killed and pray for the injured and all those who are suffering as a result of this dramatic event.”

The question is simple: will the world leaders come together to defend Christians who are clearly under attack?

“Assault on Christianity” from the April 24 issue of The Tablet, newspaper of the Diocese of Brooklyn, New York.