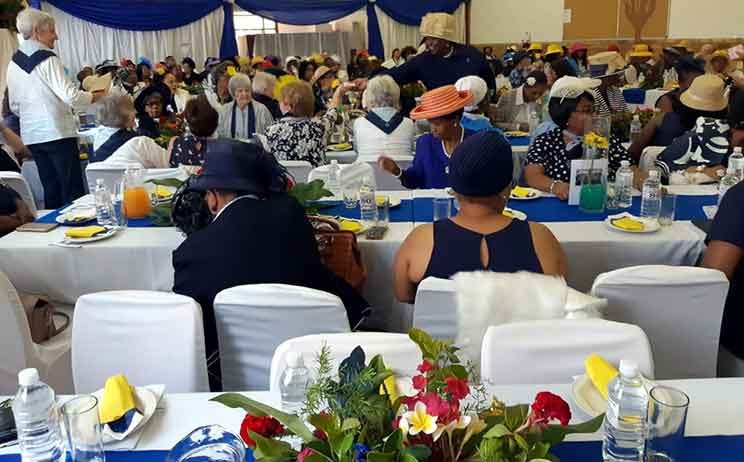 The Catholic Women’s League (CWL) of Pretoria archdiocese celebrated its 80th anniversary by launching a project to assist victims of rape.

The CWL Handbag Project uses donated new or used handbags, and fills them with items to help ease a rape victim during the initial reporting process at the police station.

These “comfort” items include a facecloth, soap and new underwear—they can help the victim feel that little bit better, the CWL said. Also, a letter with a few words of encouragement to restore hope to the traumatised victim is put in the bags.

The 80th anniversary celebration at Maria Regina parish in Lyttelton was attended by guests including Archbishop Emeritus George Daniel of Pretoria, priests, previous diocesan chaplains, CWL presidents from as far afield as Swaziland, and representatives from the Catholic Woman’s Association, the St Vincent de Paul Society and the Knights of da Gama.

A Mass was celebrated by Fr Sefiri Motsepe. Archbishop Daniel recalled special times during his 30-year tenure as the archbishop of Pretoria.

At the function, all present CWL members received an 80th commemorative wineglass.

The CWL is represented in 24 dioceses in Southern Africa, with membership of about 5000.