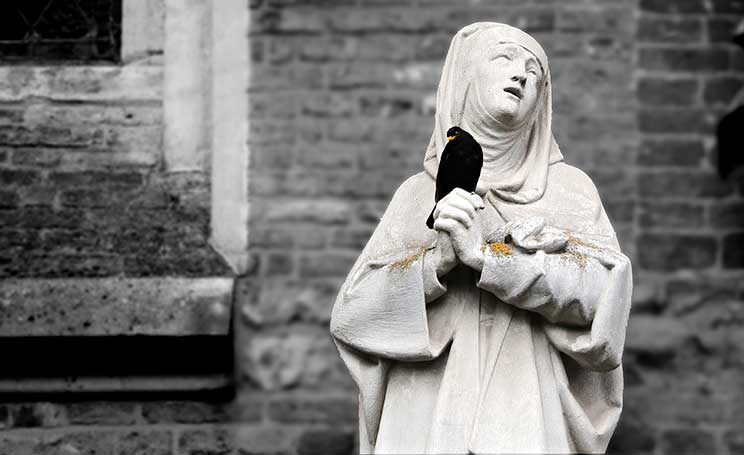 I have tried to live the three vows of evangelical poverty, responsible obedience and consecrated chastity for some 55 years in the Congregation of the Sisters of Notre Dame de Namur.

By the time I made my final vows in the early 1970s, and as a result of our deep study of Vatican II, the adjectives added onto them by the Congregation made more sense of the life-long commitment I was making in a big leap of faith. But the inner reality of them was the same.

As I look back over this fruitful and long life as a woman religious, I am filled with gratitude for all it has been and how it has enriched me.

Very soon after my first profession, as a student in my twenties at university in England, I realised that consecrated chastity freed me to form relationships with so many different men and women, without any sexual overtones. I had the freedom to connect at a different level to that perhaps prevalent among young people. This made me quite sure that this was the life to which I had been called.

I think my next discovery was that this commitment to consecrated celibacy was also the path to “the aloneness” necessary for the God quest, and for an ever-deepening relationship with the person of Jesus.

I love people, generally, some more easily than others, and I love my God in a particular way. There is something mutually dynamic in that love: close relationships with people send me searching for God; time with God sends me back re-energised to share myself, my training, and my gifts with people.

And something I have come to understand only fairly recently is that this vow of chastity has given me life-long personal autonomy in the choices I have been able to make for myself.

I now realise that consecrated chastity, lived out in a supportive community of women with whom I share a particular religious life, is the foundation and core of that life.

It seems to have always been so. Some of the women—single, widowed, married, reformed prostitutes—who were Jesus’ close companions in his short active life continued to accompany the Apostles, some in apparently celibate relationships, in the early days of Christianity.

From then on, the lives of the Desert Fathers and Mothers, those in medieval monasteries and convents, cloistered and active men and women, beguines, canonesses, all have one thing in common—chaste celibacy as the foundation of their lives of prayer and service.

The way we live out the vows of poverty and obedience differ in degree and approach from Congregation to Congregation…but chaste celibacy has no degrees to it, or partial expressions of it; it is living and loving fully and richly, but without any genital expression of this love, for the sake of the reign of God.

Michael Shackleton’s editorial does not mention that celibacy for all clergy was not mandatory for the first thousand years of Christianity. Being married did not stand in the way of the ordained minister’s administration of the sacraments, his service to the people of God, and the key difference between the ordained and the laity. Celibacy need not be as core and foundational to the priesthood, as it is to both men and women in religious life.

Another interesting piece of information that has come to light is that generally men find consecrated celibacy more difficult to live than women do. For male religious, celibacy is the most challenging vow…for women, obedience apparently is the greatest challenge (see Sandra Schneiders: Finding the Treasure, Pauline Publications. 2000).

Adult Christian formation today, as well as the way in which we speak about the vows and their different challenges for men and women, and who should be making them, needs a radical new look to understand them in the light of recent theology, spirituality and psychology.

This may help draw those with true vocations into the priesthood and religious life.