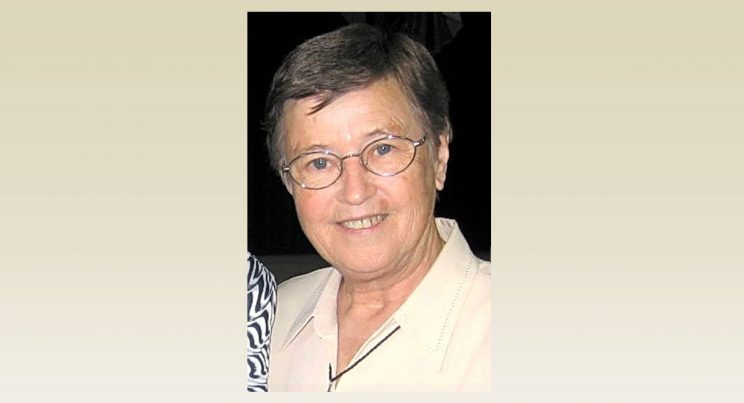 Born on September 6, 1936, to Johannes and Elisabeth Robecke in Sassenberg in the central German diocese of Münster, she was the youngest of nine children. Baptised Mathilde Gertrude, she completed nine years of schooling and then trained in dressmaking.

She then joined the Dominican congregation, beginning her novitiate in October 1960. Soon after her profession the following year, Sr Josephine travelled to South Africa on the Windsor Castle.

At Oakford in KwaZulu-Natal she helped to teach sewing in the junior school and claimed that the little ones were her best English teachers.

Sr Josephine sometimes told the story of how they taught her the difference between a needle and a pin (the same word is used for both in German), and how she would deliberately say the wrong answer to the delight of the children who saw their chance to teach an adult something.

Her dressmaking skills were a great asset in every house she was assigned to. She made habits, veils and anything else that needed to be sewn.

She empowered women with the skills she taught, and many of them were able to make a living from sewing, knitting, crochet and embroidery. The male Dominicans also gained from her sewing skills when she sewed a number of habits for them.

Sr Josephine was loved by all who came to learn from her.  She would listen to the stories of their lives of struggle and hardship, and spent her life trying to make things better for them.  She made many lasting friends among these women.

She immersed herself in the life of the parish wherever she lived. Her commitment, dedication and ability to sing beautifully were greatly admired and appreciated.

Many remember Sr Josephine’s voice when she was chantress at Oakford and how she led the office and sang those difficult lamentations with ease.

In 1975 she gained her national certificate in child care and spent some years working with youth through her training in Christian Life Groups. She did the Fons Vitae course in Johannesburg, and spent some time in Spokane in the United States on a sabbatical.

Sr Josephine was assigned to several communities in South Africa: KwaZulu-Natal, Bendell in the Northern Cape, and Johannesburg.

In Johannesburg she volunteered to teach knitting in a primary school. Her class was so popular that the room was more than full in no time.

She spent many hours doing the finishing stitches on the children’s work and enjoyed the delight on the their faces when their articles were completed.

Sr Josephine fell ill while living in Gauteng and was advised to move closer to the coast to improve her health. As her health deteriorated, she moved to Villa Siena in Pietermaritzburg for medical treatment.

She felt so much better on the morning after she received a stent and was discharged from hospital. She was looking forward to a few more years of good health.

That was not to be as the Lord had other plans and called her to her heavenly reward on the evening of June 27.