This is My Story of Real Conversion 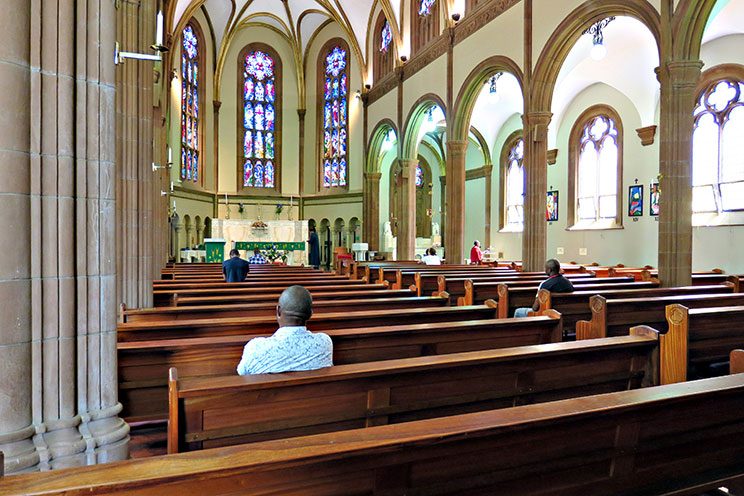 In last month’s column, I wrote that conversion is more than a single moment. Conversion often comprises many small events and encounters throughout our lives that lead us deeper into the heart of God.

Yet, in every Christian life, there are particular moments that stand out as significant conversion experiences. These moments are often associated with an encounter or a place.

This is why it is so important for the Church to create spaces that encourage and facilitate encounters between the human soul and God, and among the community of human hearts thirsting to know and love God more.

Let me tell you a story that I share with my RCIA group each year.

I was born and raised a Catholic. My parents went to great effort to ensure I received religious instruction in the home. I was sent to a Catholic school. Mass on a Sunday was non-negotiable and I grew up watching my father serving our local parish community.

As I grew, I also became involved in the life of my parish as part of the youth.

The dinner table was often animated by conversation on a range of religious topics, from prayer, to the workings of the Vatican and the role of Christianity in the world.

Despite that, after finishing high school and immersing myself in university life, the faith I had grown up with began to wane. I felt that the teachings of the Church, its liturgy, and community activities began to lose some of their novelty.

By the time I had reached the last year of my studies, I confided in a religious Sister that I didn’t think I believed any more. She urged me to keep going through the motions, even though I didn’t feel anything.

It seemed strange advice, but I had a high regard for her and so I decided to give it a try.

In the midst of all this, the then-Ignatian Institute invited me to do a prayer guide course. I said yes, because I didn’t really feel like explaining why I didn’t actually want to do it!

As Divine Providence would have it, being on time for the weekly sessions meant taking a bus that would get me to the venue—the hall adjoining Holy Trinity Church in Braamfontein in Johannesburg—an hour early. And everything would still be locked up. The only open (and safe) place to wait was inside the church.

But I didn’t really believe anymore. So mostly, I caught up on studying while I waited.

A peace that surpasses all understanding

One morning, as I sat there, I questioned God out loud in an empty church, asking if he really was there. Of course, nothing happened.

A week later, as I sat there — expecting nothing in particular — I felt a tremendous peace and love. In that moment, I knew without a doubt that God exists and loves me.

I have never felt anything like that again, nor have ever experienced such a degree of certainty in anything as at that moment.

That was the day I truly believed. My Catholic faith was no longer the one passed down to me, but one that I took on as my own.

That day was the day I converted.

The years have come and gone. I’ve moved on to other cities, jobs, parishes, ministries.

Last month, I had the opportunity to attend the ordination to the diaconate of a friend at Holy Trinity. Being in this church for the first time in many years, I was filled again with the gratitude of that moment when I truly believed.

Looking back, I now realise that the moment of graced encounter I experienced in the silence of an empty church was tied to so many other things.

Lifelong friendships were forged in the shadow of that church. The discovery of the Holy Spirit-filled mission to help in bringing others to the heart of God began here too.

All of this was possible only because a church in the heart of South Africa’s most dangerous city keeps its doors open.

In a time of bolted church doors, this inner-city church is a true oasis for souls who can come in at any time of the day. Its open doors opened my own heart.

May many more find solace and consolation there.

And what about all the other churches in cities, slums, and villages throughout South Africa? Are they open doors for an intimate encounter with the God of life, who can convert even the hardest of heart?