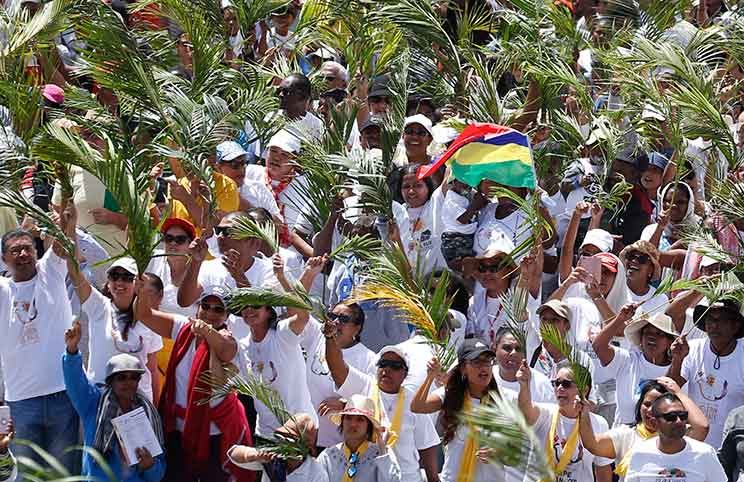 It’s not surprising that Pope Francis got a rousing reception at every stop of his weeklong pastoral journey to three countries of east Africa.

Africa now represents the most fertile territory for the expansion of the Catholic Church as numbers of the faithful and priestly vocations continue to grow — and that enthusiasm and devotion was on prominent display.

The pope made it abundantly clear he returned the sentiment.

In Maputo, the capital city of Mozambique, he told a cheering crowd of mostly young people: “You need to believe it. Not only are you the future of Mozambique, or of the church and of humanity. You are their present!”

That Africa is fuelling the growth of the global church is evident in the Vatican Book of Statistics, which found that while Europe lost 240,000 faithful between 2016 and 2018, Africa registered the largest increase, with 6.3 million more Catholics.

Africa and Asia also are growth areas in priestly vocations, with Africa adding 1,200 new priests and Asia increasing by 1,300 in that same period, while numbers continue to decline in Europe and North America.

The three African countries on the papal itinerary are located in the southern portion of the continent either bordering the Indian Ocean (Mozambique) or islands off its coast (Madagascar and Mauritius), and are fairly remote from much of the world.

But the trip was classic Pope Francis, who has made inclusion a point of his papacy, personally spreading the church’s warm embrace to those at the edges of mainstream society — including the geographically isolated, the poor, ethnic minorities and many more.

At an outdoor Mass in Madagascar, an island nation that’s one of the world’s poorest countries, addressing a crowd of close to 1 million people who waited for hours, some of them camping overnight in a wintry chill, the pope’s message was one of hope.

God’s plan for humanity involves community, mutual support, sharing and caring for each other and for the earth, the Holy Father said.

“As we look around us, how many men and women, young people and children are suffering and in utter need. This is not part of God’s plan,” he said.

We can’t help but marvel at the dedication and, yes, the stamina that keeps the 82-year-old pope active and travelling at a time when many of us would be looking for the nearest rocking chair.

At the same time, we’re grateful that he’s following the globe-spanning ministry pioneered by St. John Paul II during his 27-year papal reign.

Here in New York, we’re also thankful for the African priests serving in our parishes with a faith and dedication nurtured in their home countries and generously offered to us.

We pray that their energy and spirit will spark a renewed vocational fervor for the priesthood and religious on these shores, modelling for our own young people the joy to be found, as Pope Francis said, in God’s plan for us.

“A warm embrace in Africa”  appeared online on the website of Catholic New York, newspaper of the Archdiocese of New York.