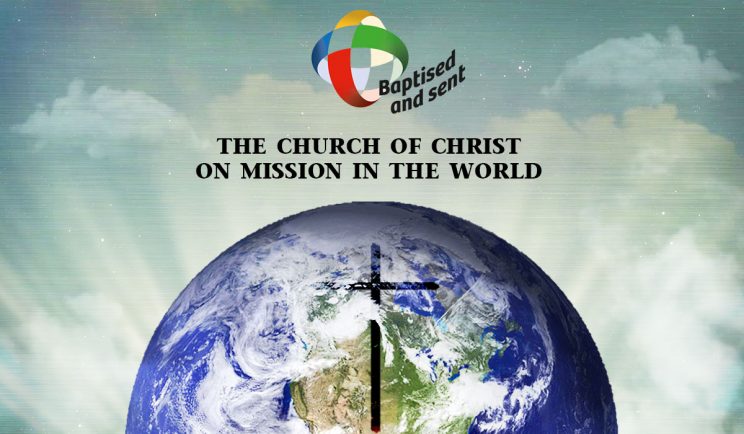 In the decades following the ravages of the Napoleonic Wars, the Catholic Church developed a tremendous missionary dynamic and engaged in one of the most successful mission initiatives in church history. Many of the major missionary orders were founded in the mid-19th century. They sent thousands of missionaries, men and women, to Asia and Africa, proclaiming the message of Jesus often under the most difficult conditions and establishing new churches. However, the context of colonisation and the conviction of the superiority of European culture often stained and distorted the proclamation of the gospel.

After nationalist thinking had led Europe into the catastrophe of the First World War, Pope Benedict XV wrote in 1919 the missionary encyclical “Maximum Illud”. He encouraged the Church to re-engage in a universal mission free of its historical burden of colonialism and of all expansionist ambitions.

100 years later, Pope Francis announces an “Extraordinary Mission Month”.  As Christians we live in a time when the world order is shaken and value systems are questioned.  When our faith is challenged by a secular culture and in many places Christians face persecution. In this historical context we are invited to reflect together on the meaning and practice of mission today and to renew our missionary commitment.

THE MEANING OF THE LOGO

The logo of the Extraordinary Missionary Month October 2019 depicts a missionary cross whose traditional colours recall the five continents. The CROSS is the instrument and the efficacious sign of the communion between God and humanity for the universality of our mission. The Cross is luminous, full of colour, a sign of victory and resurrection. The world is transparent, because our action of evangelisation has no barriers or boundaries; it is the fruit of the Holy Spirit. Christian charity and the world transfigured in the Spirit overcome distances and open the gaze of our mind and heart.

The words BAPTISED AND SENT, which accompany the image, indicate the two characteristics and inalienable elements of every Christian: baptism and proclamation. The colours of the Cross are those traditionally attributed to the five continents: red for America, green for Africa, white for Europe, yellow for Asia, and blue for Oceania.

Green is the colour of Africa, of life, nature, and vegetation. It symbolises growth, fertility, youth, and vitality. It is also the colour of hope, one of the three theological virtues.

White is a symbol of joy, the beginning of new life in Christ. It is the challenge for an old Europe, that it might rediscover the evangelising force that it generated thanks to so many Churches and so many saints.

Yellow is a colour of light, which feeds on light by invoking the true Light. In Asia Jesus our light was born.

Blue is the colour of Oceania, of the water of life that quenches us and restores us along the path to God. It is also the colour of our sky, a sign of God’s dwelling with us.