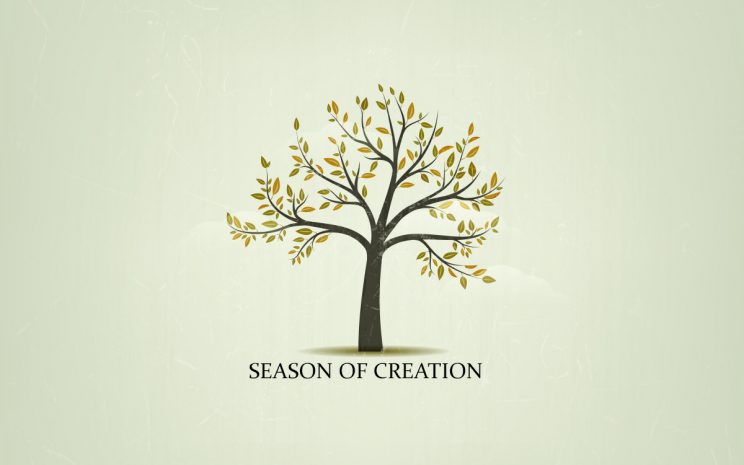 It’s good, it’s wise and it sounds so nice: “Season of Creation” – a time for us to stop taking the wonderful God-given gift of creation for granted. A time to wake up and smell the flowers!

The Season of Creation is an annual month long ecumenical celebration of prayer and action to protect creation.

From worship services, to trash clean-ups, to tree plantings, to lobbying governments and corporations, many Christians are presently demonstrating their care for our common earth home.

On Sept. 1, Pope Francis kicked off this year’s Season of Creation with his “World Day of Prayer for the Care of Creation” message prophetically warning that the human response to the Creator’s gift of creation “has been marked by sin, selfishness and a greedy desire to posses and exploit. Egoism and self-interest have turned creation, a place of encounter and sharing, into an arena of completion and conflict” .

The Holy Father notes that in recent decades humans through “constant pollution, the continued use of fossils fuels, intensive agricultural exploitation and deforestation are causing global temperatures to rise above safe levels.”

And the poor, who have contributed the least to this environmental crisis, are unjustly most at risk.

Francis cautions that “Melting of glaciers, scarcity of water, neglect of water basins and the considerable presence of plastic and microplastics in the oceans are equally troubling and testify to the urgent need for interventions that can no longer be postponed.”

And thus he alarmingly warns, “We have caused a climate emergency that gravely threatens nature and life itself, including our own.”

Pope Francis is not Chicken Little crying that the sky is falling because an acorn hit his head. No, the pope is doing exactly what Jesus taught in the Gospel, and what the world’s bishops at the Second Vatican Council called us to do: To read the signs of the times – to deeply reflect upon them and to respond with mature faith.

The environmental signs of the times are indeed gravely threatening.

The U.N. Intergovernmental Panel on Climate Change warns the world only has about 10 years to make comprehensive changes to bring increasing global warming under control – that is, by taking dramatic steps like completely moving away from the use of oil, gas and coal and fully adopting clean renewable energy sources like wind, solar and geothermal. Massive reforestation is also an essential component here.

But if we, and especially governments, continue to drag our environmental feet, climate scientists predict that by 2030 far worse, and far more frequent catastrophic weather events – like hurricanes, floods, droughts and crop failures – will cause untold suffering to countless human beings and to our common earth home . In fact, doing too little, too late, could quite possibly put all of us, and future generations, at a catastrophic point of no return.

Let’s not let that happen!

Pray, plant trees, research ways your house and parish can go green, urge your state and federal legislators to pass Green New Deal legislation. And participate in the Season of Creation

The official Season of Creation appropriately ends on the feast day of St. Francis of Assisi – the patron saint of ecology  – who sang joyful praises to God for the gift of all creation .

In the spirit of St. Francis let us continue living the Season of Creation throughout all the seasons of our lives, forever discovering with joy, all that God has made!