Searching for the Truth Behind 9/11 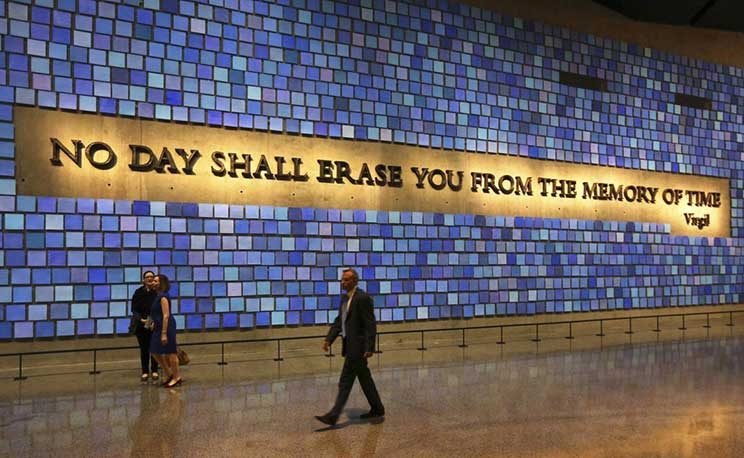 The day when 19 hijackers commandeered four airliners to strike the World Trade Center’s Twin Tower buildings in New York City, the Pentagon in Washington, D.C., and an unknown site – with the fourth plane crashing outside of Shanksville, Pennsylvania – is a day that remains quite vivid for many of us.

What were the events that caused their deaths?

In the case of the New York City attacks, there are credible reasons to question the government’s version.

According to two official U.S. government reports issued by the National Institute of Standards and Technology (NIST), the World Trade Twin Towers totally collapsed due to damage caused by the airplane impacts, combined with weakened steel columns due to burning jet fuel and building contents in the impact areas.

And they have formed Architects & Engineers for 9/11 Truth (AE911Truth) to examine all available data to accurately determine from scientific analysis what really caused the collapse of three World Trade Center buildings (see: www.ae911truth.org).

Roland Angle, a board member of AE911Truth, and a practicing civil engineer with over 50 years experience, told me that the Twin Towers were designed with a heavily redundant capacity to hold much more weight than the normal load on them, and that NIST’s theory is indefensible (see his presentation https://youtu.be/l_Kmyo8KLTM).

Another AE911Truth board member, Kamal Obeid, a practicing structural engineer with over 35 years experience, explained to me that the total freefall collapse of World Trade Center Building 7 (WTC 7) – which was not hit by a plane – into its own footprint could not have been caused by furniture fires ignited by burning debris from the neighbouring Twin Towers – as the NIST report claims. He said, “Controlled demolition is the only viable explanation” (see: https://bit.ly/2kfuB0T).

In a newly released four-year study by an engineering research team at the University of Alaska Fairbanks, they state: “The principal conclusion of our study is that fire did not cause the collapse of WTC 7 on 9/11, contrary to the conclusions of NIST and private engineering firms that studied the collapse. The secondary conclusion of our study is that the collapse of WTC 7 was a global failure involving the near-simultaneous failure of every column in the building” (see: https://AE911Truth.org/wtc7).

With all of the mounting professionally documented evidence gathered, including compelling evidence pointing to the total collapse of  World Trade Center Building 7 by controlled explosive demolition, the 3,000 experts comprising Architects & Engineers for 9/11 Truth are pressing for a totally independent congressional investigation.

In the wake of 9/11, the “Global War on Terrorism” that was launched by President George W. Bush 18 years ago, has expanded from the initial invasion of Afghanistan, to U.S. military operations now underway in 80 nations. And as a result, countless additional innocent people have been killed (see: “Costs of War” video: http://watson.brown.edu/costsofwar/).

During these times when misinformation, disinformation and outright lies permeate so much of our government and culture, it is morally essential that people of integrity, especially those of us striving to faithfully follow Jesus – who alone is the very essence and source of truth – to diligently seek the truth in all matters – certainly including the truth behind 9/11.

The Urgent Need for a Moral Values-Centred Education

A State of the Union Address for the Poor and Vulnerable