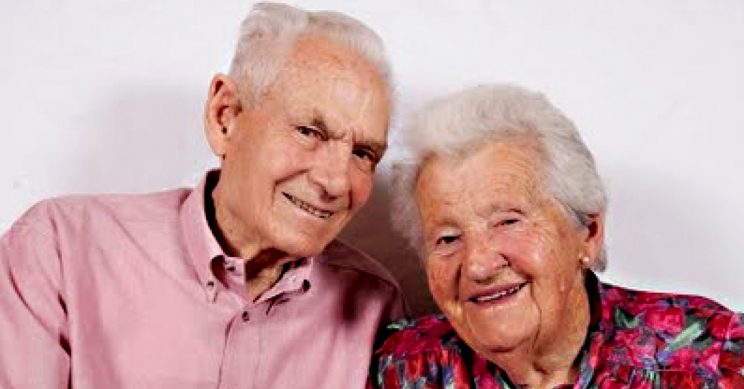 Danny and Domitilla Hyams, whose sainthood cause is now progressing together.

By Daluxo Moloantoa – In a first for the Catholic Church in South Africa, a local couple has been given the status of Servants of God by the Congregation for the Causes of Saints in the Vatican.

Domitilla and Danny Hyams, the late founders of the Little Eden Society in Johannesburg, are now officially past the first stage towards possible canonisation for both of them.

This follows two separate applications made in 2017 by the archdiocese of Johannesburg to have both of the Hyams recognised as saints in the Catholic Church.

The Congregation for the Causes of Saints first approved the sainthood cause for Italian-born Domitilla Rota Hyams. With the approval for Mr Hyams’ cause, the couple will now progress together on the path to possible canonisation.

In modern times, only one couple has been canonised: Ss  Louis and Zélie Martin, parents of St Thérèse of Lisieux, who were raised to the College of Saints by Pope Francis in 2015.

Several other couples share the status of Venerable or Servant of God.

The Hyams, who met during World War II in Italy, were known to have lived out the virtues of prudence, charity, faith and hope in their married and family life, within their parish community of Edenvale, and in their work of establishing and running Little Eden, a home for intellectually-challenged adults and children, in 1967.

Fr Deneys Williamson, vice-postulator of the Hyams’ cause, said that it was through assistance from Archbishop Buti Tlhagale of Johannesburg that a good motivation for presenting a case to Rome was assembled.

“They were lay people, not priests or nuns or religious. Most of the saints we know were priests or religious, but there is nothing that prevents a lay person being declared blessed or a saint,” Fr Williamson said.

He emphasised that this was a cause for sainthood that had arisen out of the local Church itself.

“Having only recently celebrated 200 years of the Catholic Church in South Africa, the cause of a local saint almost authenticates the presence and working of the Holy Spirit in South Africa through Danny and Domitilla Hyams,” Fr Williamson said.

So far, only one South African has been beatified, Bl Benedict Daswa, in 2015.