Lesson In Humanity From A Cat 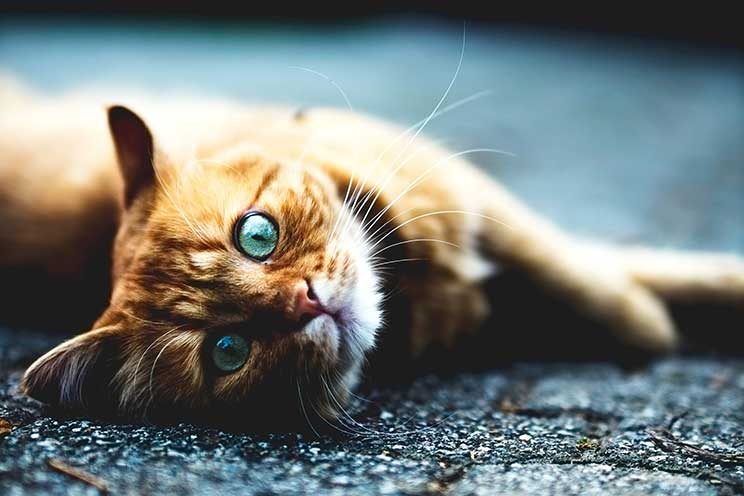 I  am cat-sitting a gorgeous, elderly ginger cat for a year while his owner is overseas on a work assignment.

Sparky has brought me a huge amount of joy. Like all cats, he has a unique personality — and it has become quite obvious that he is the boss, and I just his humble human slave!

Despite the joy of being able to care for another creature, I’ve had a few scares. He got into a fight and the surface scratches seemed to heal, so I missed what was festering on the inside, until his whole face swelled up. He landed up on the operating table and I held my heart in my hands.

More recently he began to have unexplained seizures, which the vet says can be indicative of anything from a parasite to cancer. The numerous trips to the vet have made me realise why people take out pet insurance.

A particularly strange moment came when I landed up at the 24-hour vet on a Sunday afternoon. The vet on call suggested that the seizures might be a brain tumour and that Sparky needed an MRI.

There are no MRI machines for animals, so pets have to be taken to a human facility—at pretty much the same price as a human MRI!

Needless to say, we did not take Sparky for an MRI. We started by eliminating other things and we’re still not sure what caused the seizures.

But the two human carers to this gorgeous ginger cat are clear on one thing: we love Sparky but also recognise that he is an elderly cat and that nature must take its course.

We will provide what care he needs and make sure that he does not suffer unnecessarily. But there are limits to what is financially and morally justifiable.

Ultimately, this is a moral issue. How can we justify cutting-edge medical care for animals while thousands of people in South Africa (and across the world) do not have access to even basic medical care?

People die of preventable diseases and conditions simply because they cannot afford to pay to get the right diagnosis, much less the treatment they require.

In February, an army exercise on our local beach caused many residents sleepless nights as they worried about the long-term psychological effect of the gunfire on the birds and fish.

In contrast, the same Facebook community group seems to care about the group of homeless people in our neighbourhood only at Christmas time, when they want to spread some festive cheer.

Yes, we have a duty of care for creation. We are stewards of the creation that God has given us. We are called to care for animals, protect their habitats, and speak for them because they cannot speak for themselves.

But this should not come at the neglect of our human brothers and sisters.

In fact, this was the subject of a lively discussion in our RCIA class a few weeks ago. One of the participants pointed out that the facilitators had spent some time speaking about the value of human life and the need to protect it from conception to natural death.

She said that we place such emphasis on human life, but what about the life of animals? Are animals also not a part of God’s creation, and therefore deserving of the same rights and protections as humans?

The stories of creation and the Great Flood in Genesis remind us of our God-given mission as stewards of creation. This means caring for and maintaining the balance between the natural world and human progress.

However, the human person must come first. Scripture tells us that we are created in the image of God. We are sons and daughters of God.

We’re not just another animal in this great plan of creation. We have an immortal soul. We have a consciousness that is far more sophisticated than the rest of the animal kingdom. We alone have free will, and do not operate purely on instinct, like the rest of God’s created creatures.

This means that the greater emphasis must be placed on ensuring the inviolable dignity of each human person.

We need to continue to work for a society where every human being has basic rights to water, food, dignified work, housing, and access to quality health care and other services.

These necessary basics allow each person to live a life of dignity and provide the platform for them to strive and aspire to their God-given mission based on the talents and abilities that God has given them.

This is the central thesis behind Pope Francis’ Laudato Si’. Care of creation is important, but it begins with care for the human person and protection of the environmental resources that allow all people to live with dignity.

In this light, it simply is not right that I (and my cat) have access to some of the world’s best medical care, simply because I can afford it, but the majority of my compatriots have to battle it out at overcrowded and under-resourced state-run facilities in the hope that they will receive some of the help they require.

The vision behind the proposed NHI plan is greater equality in medical access and treatment. The vision is correct. The vision represents the heart of our Catholic social teaching.

The reality, we know, is far more complex. The reality is that treasury does not have the money to foot the bill and that the highly disproportionate ratio between rich and poor in South Africa means that too few will be able to pay into a service that can genuinely meets the needs of all its citizens. But that is a conversation for another day.

Ultimately, what Sparky has taught me is that there is a whole industry that caters to providing the very best medical care for animals.

Our pets are, undeniably, important parts of our families. But we cannot allow our love for our furkids cloud our responsibility toward our fellow man.