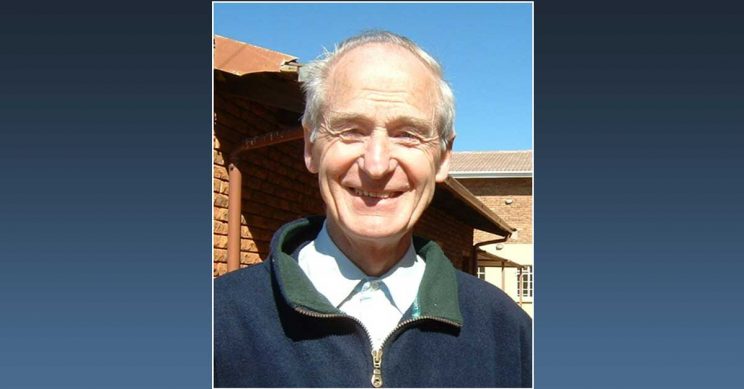 By Fr Jeffrey Johnson SDB – Salesian Father Eugene Hennessy died on September 12 at the Bosco Centre in Walkerville outside Johannesburg.

He was born in Dublin, Ireland, on February 19, 1933, to Michael and Mary Hennessy during what was known as the “Big Snow”.

He grew up in the village of Castledermot, County Kildare, the youngest of five brothers and one sister. Young Eugene attended the local national school, and at age 13 went to St Vincent’s College, Castleknock, Dublin, where he was educated by the Vincentians.

He then spent one year at the Salesian Agricultural College in Warrenstown. There, his impression of the Salesians was “rather negative, to put it mildly”. This was, as Fr Eugene later noted, because “I was a proud young man and a bit too big for my boots”.

Next he spent a few years farming in the south of Kildare and found that being close to nature helped him to live in God’s presence. However, God still had “a trick up his sleeve”—that of leading him to join the congregation he was least attracted to, but for which he was forever grateful.

He loved his family and was always grateful for the good foundation they gave him, and grateful to the Salesian Congregation for building on it.

Fr Eugene joined the Salesian prenovitiate in Melchet Court, Shrigley, England, as a Son of Mary in 1957. He entered the novitiate the following year in Burwash, England, and made his first profession in 1959.

Fr Eugene made his final profession in 1965 before going to study theology at the Cremisan, Bethlehem (1965-68). He was ordained in 1968 in Jerusalem. In September 1969, he was sent to Southern Africa where he spent the rest of his life.

In the Irish Delegation of Southern Africa (later to become the AFM vice-province), Fr Eugene spent 50 fruitful years in the ministries of teaching, preaching, spiritual guidance, initial formation and administration.

Whatever was asked of him, he did in a spirit of religious obedience. He liked to think of himself as “God’s stopgap”, and  often quoted Psalm 39 (40), inscribed on his ordination card: “To do your will, O God, is my delight, and your law is within my heart.”

He was vice-rector, catechist and bursar in Daleside (1969-78), and then provincial delegate while residing in the communities of Booysens and Manzini (1982-88).

Fr Hennessy was rector in Manzini for six years and was then asked to assume the office of provincial administrator, which he did for the next 17 years while in the communities of Manzini, Maputsoe, Rynfield and Booysens (1989-2005).

In his mature years, Fr Eugene continued to serve as officer and bursar in Booysens (2005-07); as confessor and spiritual director in the theologate in Utume, Nairobi (2007-10); as officer and director of the prenovitiate in Ennerdale (2010-13); as rector and assistant priest in Booysens/Johannesburg (2013-16); and as vice-rector, confessor and spiritual director in Walkerville (2016-19).

After a long illness in the final year of his life, he died peacefully in Walkerville on the feast of the Most Holy Name of Mary—no doubt a special grace for his devotion to the Blessed Mother.

Fr Eugene’s funeral Mass took place at the Bosco Centre in a packed chapel in the presence of many friends, religious and clergy, including Archbishop Buti Tlhagale and Bishop Duncan Tsoke of Johannesburg.