Voice of SA Winner Signs on for Global Goodwill Ambassador 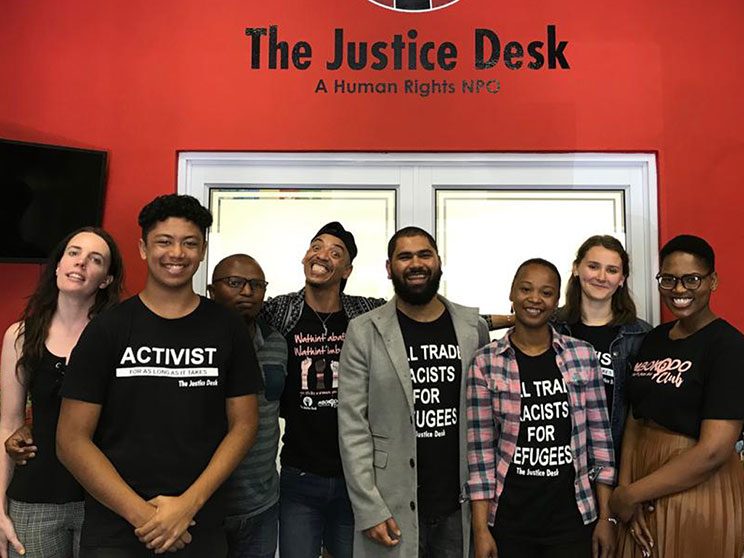 Voice of SA Season 2 winner Craig Lucas (fourth from right) has been appointed Global Goodwill Ambassador for The Justice Desk, a South African organisation based on the values of Bl Edmund Rice.

The Voice SA Season 2 winner Craig Lucas has been announced as the Global Goodwill Ambassador for award-winning human rights NPO The Justice Desk.

The Justice Desk is part of the Edmund Rice organisation, named after Bl Edmund Rice, founder of the Christian Brothers.

“We are thrilled to work with Craig Lucas as we are great admirers not only of his music but his expression about his personal life and values,” said founder and executive director Jessica Dewhurst.

” Freedom from discrimination and the right to equality are just some examples of human rights that Mr Lucas and The Justice Desk are proud to promote,” she added.

Following Mr Lucas’s success, Ms Dewhurst noted that he has used his platform to stand up for the fundamental human rights that all people are entitled to.

When asked about the appointment, 27-year-old Lucas, from Elsies River in Cape Town, said: “the time I’ve spent with The Justice Desk up to now has been incredibly eye-opening! I’ve learnt so much about human rights and the importance of justice work. I look forward to working with their incredible team to grow as an advocate for justice, as well as to make a difference across south-central Africa.”

The Justice Desk operates in South Africa, Zambia and Zimbabwe, and empowers local people to understand and defend their human rights, in order to build safer communities for all. It works hard to educate, advocate for and equip youth, vulnerable groups, civil society, and governments.

The organisation was recently in the spotlight when the Duke and Duchess of Sussex (Prince Harry and Meghan Markle), avid supporters of the organisation, visited them as their first official stop on their royal tour of South Africa.

There are talks of Lucas doing a show to support The Justice Desk towards the end of this year, possibly on his birthday. More information will be confirmed on The Justice Desk website (www.justicedesk.org) and social media pages in the coming month or so.

For more information, contact The Justice Desk at info@justicedesk.org or call 060 627-1963.