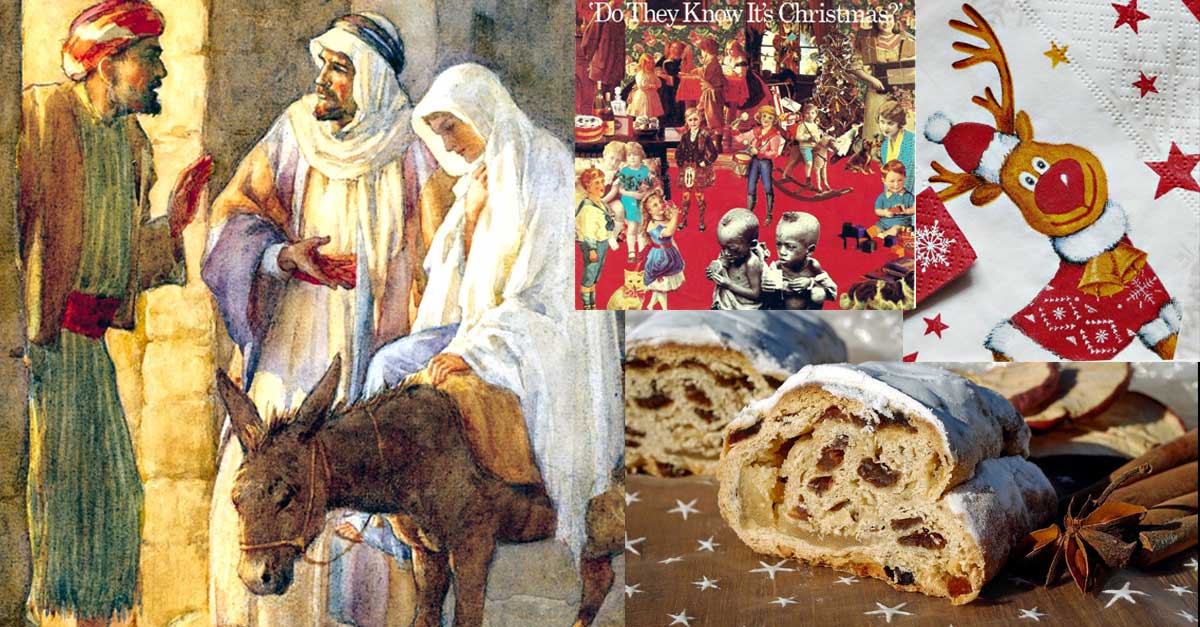 25 questions to test your Christmas knowledge! Compiled by Günther Simmermacher

1.In which country may people wish you Merry Christmas by saying: “Mbotama Malamu!”

2. Which Gospel reports that there was no room for Mary and Joseph in Bethlehem?

a) Boney M b) Harry Belafonte

4.Which popular Christmas carol features the lines “For Christ is born of Mary/And gathered all above/While mortals sleep, the angels keep/Their watch of wondering love.”

a) Christ Is Born In Bethlehem

b) Oh Little Town Of Bethlehem

c) Once In Royal David’s City

5.Where do people light candles on the graves of relatives on Christmas Eve?

a) Finland b) Panama c) Vietnam

6.On which date does the pope give his blessing urbi et orbi?

7.What does the frankincense which the magi brought the baby Jesus symbolise?

a) Burial b) Kingship

8.When was Rudolph the Red-nosed Reindeer invented?

9.What is the Spanish name for Father Christmas?

10.In the carol “We Three Kings”, which way is the star of wonder and star of light leading the magi?

11.Which was the first country to issue a Christmas postage stamp?

a) Canada b) New Zealand

12.In the classic movie Miracle On 34th Street, who played the girl who believed in Santa Claus?

a) Judy Garland b) Natalie Wood 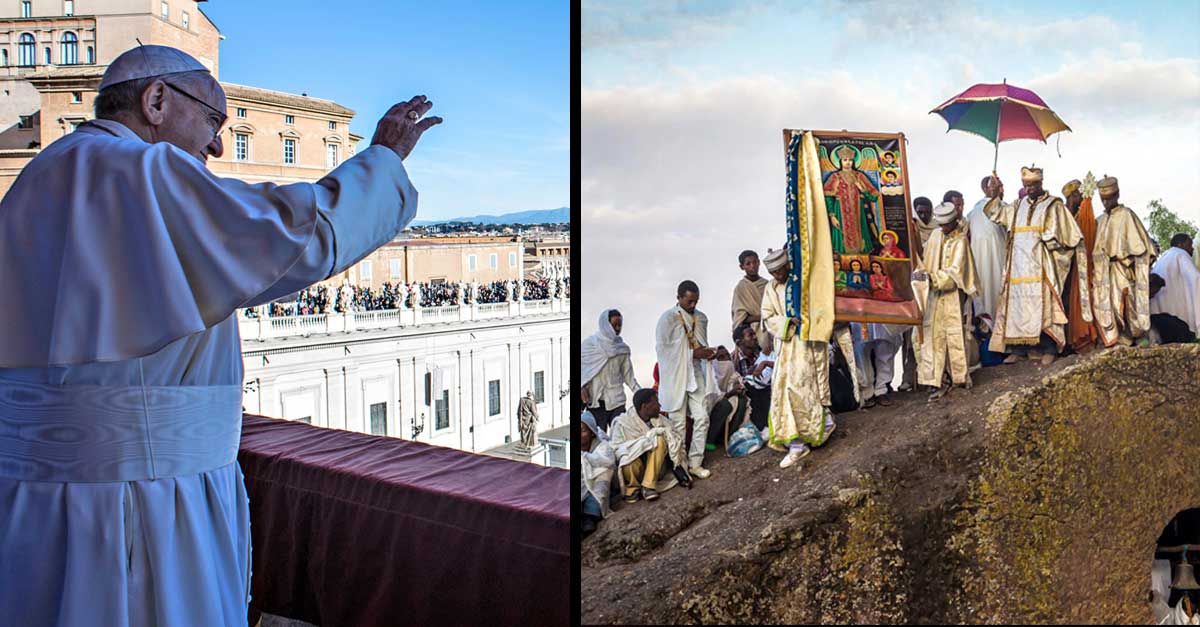 13.The French word for Christmas is “Noël”. What was its original meaning?

a) Birth b) Incarnation c) Star

14.Which saint’s feast is on the day after Christmas Day?

a) Luke b) Joseph c) Stephen

15.What used to be a traditional English Christmas dinner?

a) Pig’s head coated with mustard

b) Sheep trotters in sherry glazing

16.On which date do Orthodox Ethiopians celebrate Christmas?

17.Which carol sent Ebenezer Scrooge in Charles Dickens’ A Christmas Carol into a fury?

a) God Rest You Merry, Gentlemen

b) The First Noel

c) We Wish You A Merry Christmas

18.Who was the Roman emperor when Jesus was born?

a) Augustus b) Caligula

20.Which country does the Christmas bread “Stollen” come from?

a) Germany b) Netherlands

21.What did my true love give to me on the seventh day?

22.Who is the first in line in the genealogy of Jesus according to the Gospel of St Matthew?

a) Abraham b) Adam

23.In Band Aid’s “Do They Know It’s Christmas”, who sings the line, “But say a prayer, pray for the other ones”?

24.Which Old Testament prophet anticipated the birth of Christ?

25.In Greece, which saint brings Christmas presents on January 1?