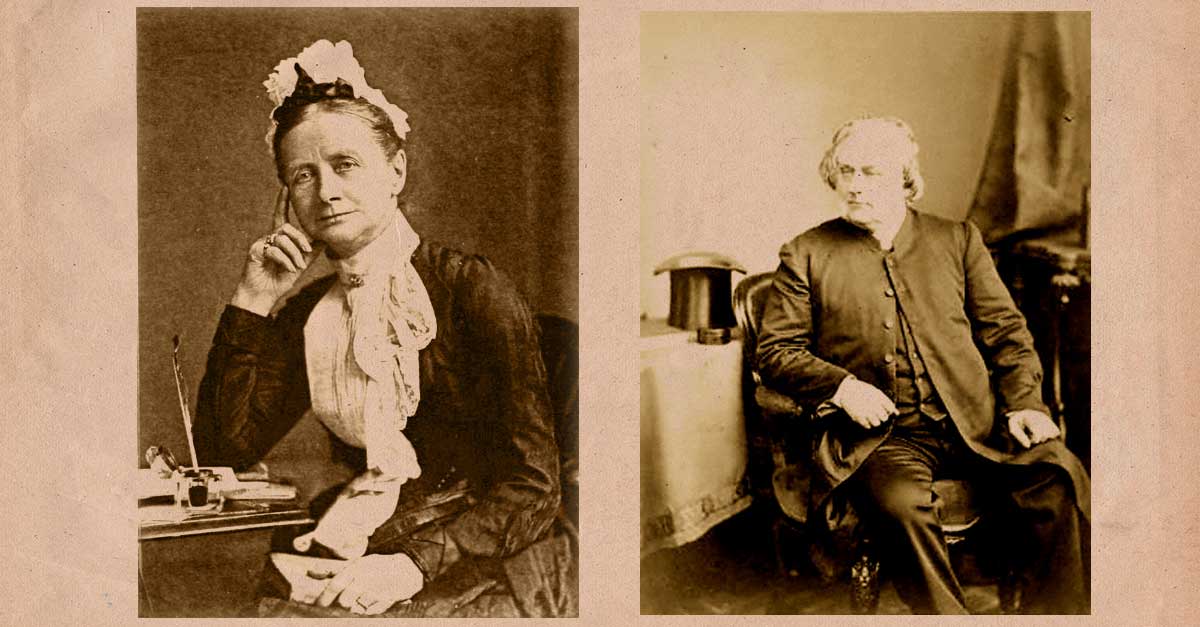 Cecil Frances Alexander (née Humphreys) wrote the words for “Once In Royal David’s City” in 1848; the organist, composer and musicologist Henry Gauntlett put the poem by the future bishop’s wife to music.

‘Once In Royal David’s City’ was written as a catechism for children; today it is one of the most beloved Christmas carols. Günther Simmermacher looks at its backstory.

Musical arrangement can make all the difference. Let a choir of school children sing “Once In Royal David’s City”, and the carol sounds like a nursery rhyme. But give it the big choir-and-organ treatment, and it resounds with the weight of a national anthem.

The superbly adaptable melody of “Once In Royal David’s City” was written by Henry John Gauntlett, an English organist and composer who lived from 1805 to 1876.

Gauntlett wrote about a thousand pieces of music, mostly hymns—but “Once In Royal David’s City” is by far his most famous work.

The son of a prominent evangelical vicar, also named Henry, Gauntlett had a career in law until he hit the age of 40 and decided to follow his lifetime passion: music.

Henry Sr had always discouraged that career choice, since music might tempt his son towards the sins of the flesh (and that was more than a century before the advent of rock & roll!).

Henry Jr changed his career path from law to music only some years after his father’s death.

In his new career, Gauntlett served various London churches as their organist, even designing his own organ and pioneering the use of electricity to power the instrument. He also curated the body of English sacred music.

Soon Gauntlett established a fine reputation, both as a musician and as a musicologist. When he received a doctorate in music from the archbishop of Canterbury, he was the first person in two centuries to be thus honoured.

In 1846, the great composer Felix Mendelsohn invited Gauntlett to play the organ at the premiere of his Elijah in Birmingham. It was quite an exceptional recognition.

One of Gauntlett’s compositions was titled “Irby”, named after a village near Liverpool. It seems to have been unused until the composer found just the right vehicle for it: a poem written by the future wife of the Anglican primate of Ireland.

Cecil Frances Humphreys (whose first name might inaccurately identify her as a man) was born in Ireland in 1818, the daughter of a land agent for a British aristocrat, and grew up in Dublin.

She was an intellectual and independent woman—she married only at 32, which by 19th century standards was very late in life.

As a Christian, an intellectual and a poet, Humphreys was influenced by the Oxford Movement, an Anglo-Catholic grouping which counted in its ranks John Henry Newman, before his conversion to Catholicism.

Humphreys published her poetry in 1848 in her anthology Hymns for Little Children, a work that would be hugely popular for decades. Among those poems was “Once In Royal David’s City”, as well as future Anglican staple hymns such as “All Things Bright And Beautiful” and “There Is A Green Hill Far Away”.

It was in Hymns for Little Children where Henry Gauntlett picked up the words for his obscure “Irby”, to create one of the most popular hymns in the English-speaking canon.

Where Gauntlett had Mendelsohn as his champion, Humphreys had Charles Gounod, the French composer of the opera Faust. In the composer’s view, some of her lyrics “seemed to set themselves to music”.

Humphreys wrote about 400 poems, most on Christian themes intended to catechise.

The catechesis in “Once In Royal David’s City” resides in its description of Jesus’ lowly birth in “a lowly cattle shed where a mother laid her baby in a manger for his bed”.

“He came down to earth from heaven who is God and Lord of all,” and did so in David’s royal city.

So his arrival should be greeted by a king (of course, it turned out that the king did all but welcome Jesus’ birth). And yet, “with the poor, and mean and lowly lived on earth our Saviour holy”.

Humphrey’s poetry has a generous dose of the mawkish, as was often the way in her times. There’s a cloying sentimentality in lines like, “he was little, weak, and helpless; tears and smiles, like us he knew”. Still, her words correctly explain that God was incarnated as a human, and into humble circumstances.

Humphreys obviously approved of his poverty. There is an irony in that, since she was very much a class-conscious woman who believed that social standing was fixed and divinely ordained.

Witness the original third verse of “All Things Bright And Beautiful”, which exclaims with assured gratification: “The rich man in his castle, the poor man at his gate, God made them high and lowly, and ordered their estate.”

So for Humphreys and those who thought like her (which 160 years ago was most people), the Lord’s coming in lowly circumstances must have been counterintuitive and perhaps even quite shocking.

By Humphrey’s own account, “Once In Royal David’s City” and “All Things Bright And Beautiful” and other poems, had their origin in her attempt to explain the Creed to a child.

She’d write a poem about each line of the Apostle’s Creed. “All Things” covers the first line; “Once In Royal David’s City” deals with the second and third lines: “who was conceived by the Holy Spirit, born of the Virgin Mary”.

In 1850, Humphreys married the Church of Ireland cleric William Alexander, also a poet and six years her junior, who in 1867 became bishop of his hometown Derry.

As the bishop’s wife, Cecil Frances “CF” Alexander, as she was now known, was profoundly engaged in charitable activities. She invested her royalties from the poetry book in founding a school for the deaf, helped develop nurses’ training, aided the poor, and supported “fallen women”.

She died on October 12, 1895 at the age of 77. Four months later her husband became the archbishop of Armagh, and thus primate of Ireland.

A stained-glass window created in 1913 for the Anglican St Columb’s cathedral in Derry commemorates the writer of the three timeless hymns.

Every year since 1918, “Once In Royal David’s City” has been played as the processional hymn during the “Nine Lessons in Carols” Christmas Eve service at King’s College, Cambridge, which is broadcast on TV and radio around the world as Carols from King’s.

The first verse is performed solo by a choir boy, usually 12-13 years of age, who is chosen only moments before the performance.

For the second verse the choir joins the soloists before the organ comes in for the fourth verse and the congregation is let loose on the carol.