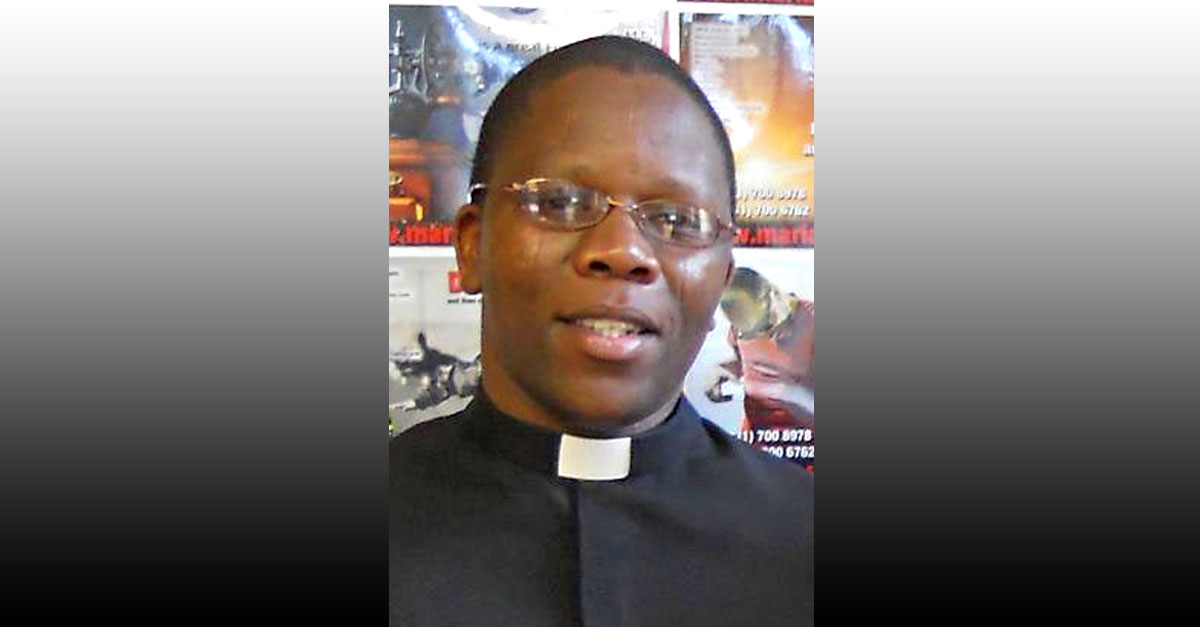 Born on March 15, 1975, at KwaMnyamana, an outstation of Kevelaer mission, he was the fourth of eight children of Innocent and Lizer MaNdlovu Mncwabe.

He did his primary schooling at Mnyamana Primary and secondary school at Ndabakazibuzwa School.

As a young man, his desire to become a priest was inspired by his parish priest, Fr Urban Dietrich. Upon completing his secondary schooling, in 1995, the young Leonard joined the Congregation of Mariannhill Missionaries postulancy in Mariathal under the guidance of Fr Vincent Mdabe CMM, and entered the novitiate at Mariannhill on February 1, 1996, until February the following year.

Novice director Fr Peter Grand CMM described the young novice as a “maturing young man who takes his religious life very seriously and lives it in a humble and obliging way without much fuss and noise”.

After his first profession in 1997, Fr Leonard studied philosophy and theology at St Joseph’s Theological Institute in Cedara.

With the help of his formators—Frs (now Bishop) Siegfried Mandla Jwara, Vincent Mdabe and Daniel Perreault—Fr Leonard displayed a tremendous growth in prayer life and was enriched by the experience of community life, most particularly in a multicultural congregation.

Fr Leonard was ordained to the priesthood on June 16, 2003, at Kevelaer mission.

He worked in various dioceses: in Mariannhill at Mariathal mission; in Durban at Ekukhanyeni and Elandskop; in Umzimkulu at Margate and Gamalakhe; and from 2018 until his death, in Ingwavuma at Manguzi at Immaculate Conception parish.

Throughout his priestly life, he showed leadership skills and great ability to work well with parishioners entrusted to his care. As such he served as vicar-general of Umzimkulu diocese, dean of Ingwavuma vicariate, and superior of Mariannhill monastery.

Fr Leonard was always willing to take up different assignments and tasks in his congregation. He has left a legacy of hard labour, in the spirit of Abbot Francis Pfanner.

His humility was something to emulate. He had great skills to unite people and his consultative skills remain a very good example for all of us to learn from. He was a dignified man who did not use many words.

On January 2, Fr Leonard succumbed to liver cancer at Hilton hospital in Pietermaritzburg.