Priest To Swing A Leg At Tea Dance 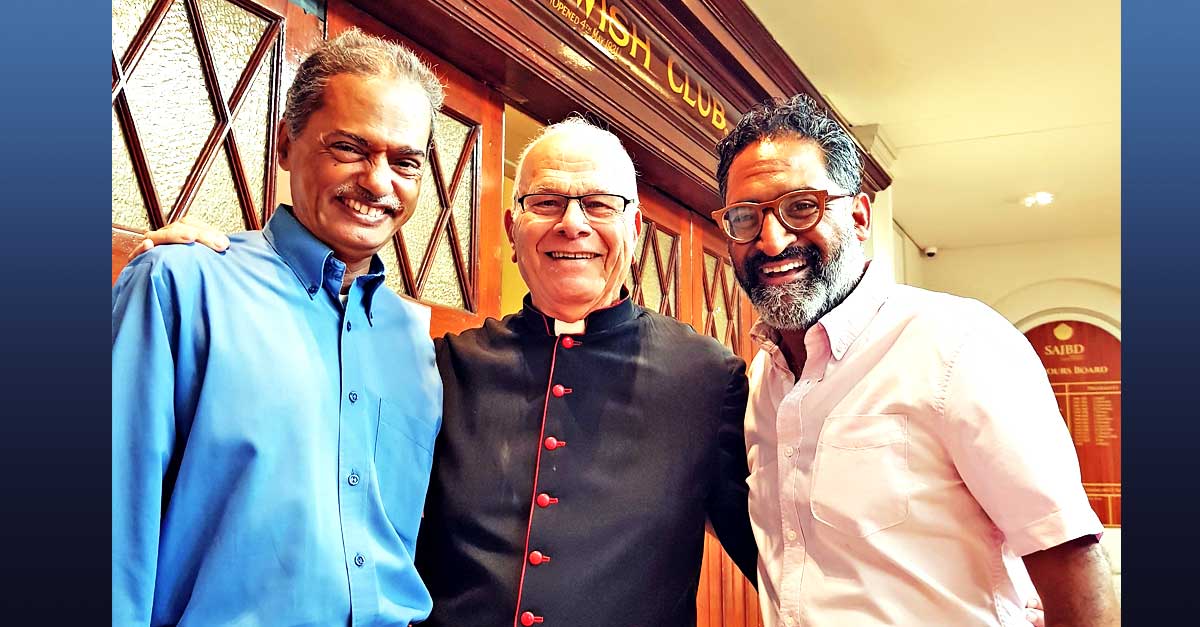 The Denis Hurley Centre (DHC) will host a retro summer afternoon jazz concert and old-style tea dance at the Durban Jewish Club on February 16 from 15:00 in the company of musical maestro Melvin Peters and friends.

The event will raise funds for the DHC’s projects for the homeless.

He has devised a playlist of some jazz standards and songs which, in the month of St Valentine, explore the theme of love. Featured in the band are well-known Durban-based jazz musicians Jeff Robinson on sax, Bruce Baker on drums, vocalist Debbie Mari and veteran Elias Ngidi.

Tea dances comprise afternoon tea and music which can be danced to. For generations they were considered grand society occasions.

As a response to the increased popularity of ballroom and Latin-American dancing created by dance reality shows, the trendy London set reinvented this idea as an opportunity to practise some dance moves over a pot of tea and scones.

The afternoon will also honour Mgr Paul Nadal who celebrates 60 years as a priest.

Mgr Nadal was a close friend and coworker of Archbishop Denis Hurley and has been an untiring fundraiser for the DHC.

“At 87, he is no longer running Comrades or cycling Cape Arguses—but he can lead the dancers onto the floor,” said DHC director Raymond Perrier.

“As always with the Denis Hurley Centre, we are bringing together religious traditions: the organist from an Anglican church performing at the Jewish Club to honour a Catholic monsignor,” he added.

Tea and coffee will be served (for free) by the deaf young adults from Face2Face, the DHC’s skills development project. They will also be selling homemade cakes, muffins and popcorn. Guests are welcome to bring picnic baskets.

Tickets can be bought through Quicket or email tickets@denishurleycentre.org. Tickets cost R200 for a seat at a table (or R1800 for a whole table that seats 10-12 people). There are also non-table seats at R120.  Discounts are available for children.