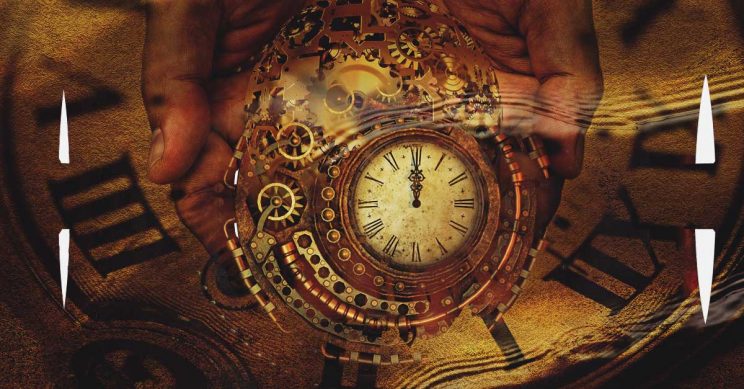 On Jan. 23, 2020 the Bulletin of the Atomic Scientists’ Science and Security Board, together with 13 Nobel Laureate consultants, moved their famous Doomsday Clock to 100 seconds before midnight – warning how extremely near humanity is to a global catastrophic midnight posed by the increasing threats of nuclear war and climate change.

“We are now expressing how close the world is to catastrophe in seconds – not hours, or even minutes. It is the closest to Doomsday we have ever been in the history of the Doomsday Clock. We now face a true emergency – an absolutely unacceptable state of world affairs that has eliminated any margin for error or further delay,” warned Rachel Bronson, Ph.D., president of the Bulletin of the Atomic Scientists .

Both the United States and Russia each have hundreds of nuclear warheads aimed at each other. And what’s even worse, these weapons of mass destruction are programmed at launch ready alert – otherwise known as hair-trigger alert.

Due to sloppy communications and/or computer errors, Russia and the U.S. have come within minutes of accidental nuclear war more than once.

Further alarming was the U.S.’s decision to withdraw from the Iran nuclear deal which effectively put a halt to Iran’s movement toward acquiring nuclear weapons . And since then the U.S. has come dangerously close to a full-blown war with Iran.

Add to these dangers the Nuclear Posture Review’s statement that the U.S. will continue its policy to be the first to initiate a nuclear attack if it decides that its “vital interests” and those of its “allies and partners” are at risk.

Next, consider the nuclear threats exchanged between the U.S. and South Korea.

Adding to these dangers, just six months ago the U.S. withdrew from the 1987 Intermediate-Range Nuclear Forces (INF) Treaty which had required Russia (then the Soviet Union) and the U.S. to eliminate all of their nuclear and conventional ground-launched ballistic and cruise missiles with ranges of 500 to 5,500 kilometers.

Furthermore, the U.S. plans to spend over $1.5 trillion during the next 30 years on modernising its nuclear war-fighting capabilities.

And the most recent addition to this poisonous nuclear soup is that according to the Federation of American Scientists, just a few weeks ago the U.S. Navy deployed a so-called low-yield Trident nuclear warhead on one of its submarines – USS Tennessee. Since this weapon has two-thirds less the explosive power of the atomic bomb dropped on Hiroshima, Japan, it is dangerously considered more “useable” than the more destructive nuclear weapons available.

During his historic visit to Hiroshima last year, Pope Francis authoritatively declared: “The use of atomic energy for purposes of war is immoral, just as the possessing of nuclear weapons is immoral, as I already said two years ago. We will be judged on this”.

In light of all this madness, how can faithful Catholics – both clergy and laity – silently go on with business as usual?

The Bulletin of the Atomic Scientists’ other global worry is the quickly accelerating dangers posed by climate change. They warn, “Climate change that could devastate the planet is undeniably happening. And for a variety of reasons that include a corrupted and manipulated media environment, democratic governments and other institutions that should be working to address these threats have failed to rise to the challenge”.

With these catastrophic dangers facing humanity, how can any reasonable person deny that “The time is 100 seconds to midnight.”

Humanity May Never Again Get A Chance Like This – Let’s Not Squander It!