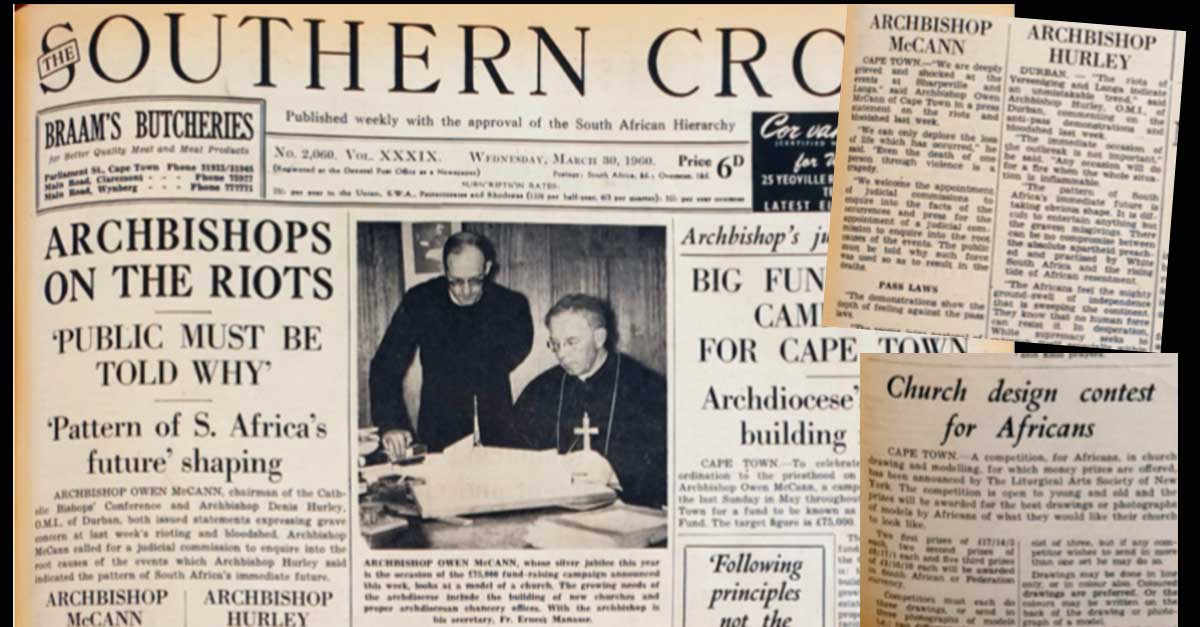 Archbishops Denis Hurley and Owen McCann have expressed their shock and concern at the shootings in Sharpeville near Vereeniging and Langa in Cape Town. Archbishop Hurley said there is little likelihood of diminishing violence because “there seems to be no hope of any transformation in white policy”. Archbishop

McCann said that “the setting forth of legitimate grievances must be amply provided for”.

The diocese of Oudtshoorn and its St Saviour’s cathedral have been celebrating their 100th birthday. The foundation stone of the cathedral was laid in February 1860 by Fr B McMahon of George.

A study by the World Council of Churches has found that, contrary to Protestant opinion, religious freedom is “supported by very important members of the Roman Catholic hierarchy”.

In his editorial, Fr Louis Stubbs writes that by linking the Sharpeville and Langa uprisings to low wages, Prime Minister Hendrik Verwoerd unintentionally paid a “welcome high-level recognition of a public scandal”. But it should also be remembered that “people are not only moved by economic considerations…it is only unnecessary suffering, and particularly suffering due to others’ free actions, which provokes revolt”.