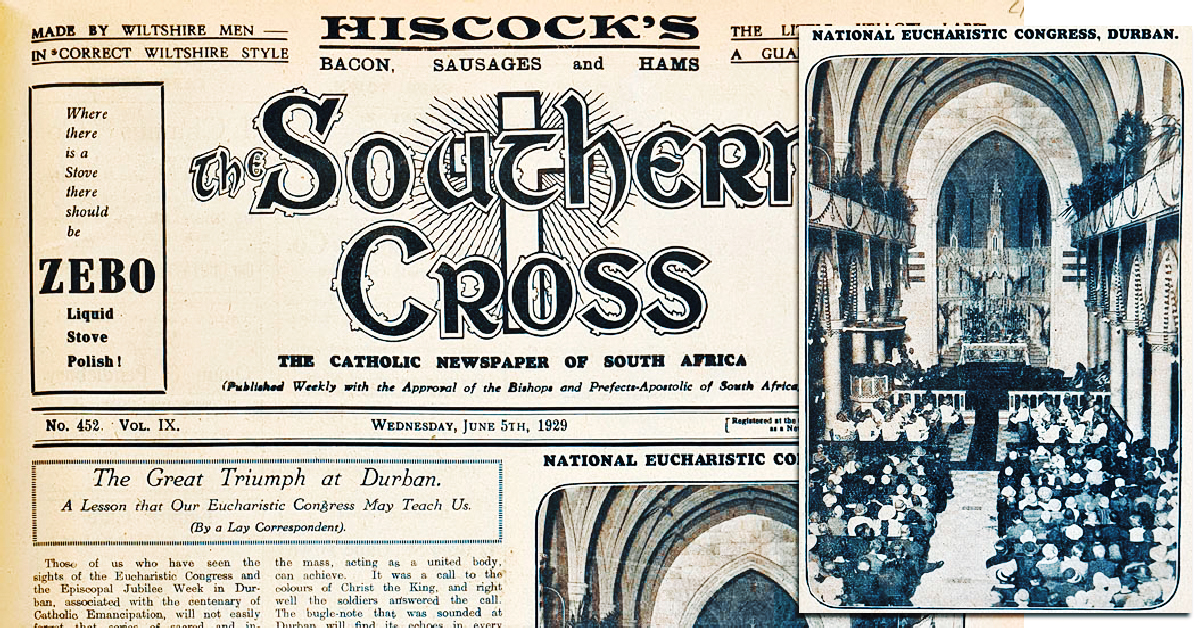 The Southern Cross describes the historic Eucharistic Congress in Durban as an “unprecedented pageant of the Royal Christ, a flaming evidence of Catholic love, honour and devotion”. Delegates to the congress arrived by ship and motor car, and many laity opened their homes to “these servants of God”. The congress climaxed on Sunday with a procession as 11 000 Catholics escorting the Holy Eucharist through the streets of Durban to the Albert Park Oval before the closing Mass was celebrated in Emmanuel cathedral.

Pope Pius XI wrote and signed a letter dated May 3 to give Bishop Henry Delalle of Durban permission to impart papal blessings to those present at the Eucharistic Congress, “granting them, under the usual conditions, a plenary for the sins duly confessed”.

Our friend, the bishop

The Southern Cross congratulates Durban’s Bishop Henri Delalle, “a friend and staunch supporter of this paper” on his 25th anniversary of episcopal ordination.

Editorial: No bare legs at Wimbledon

In his editorial, Mgr John Morris commends the ban on “stockingless lady tennis players” at Wimbledon. [He shamefully states]: “Why will women not understand that the more they discard their clothes, the more hideous and ridiculous they appear?”.