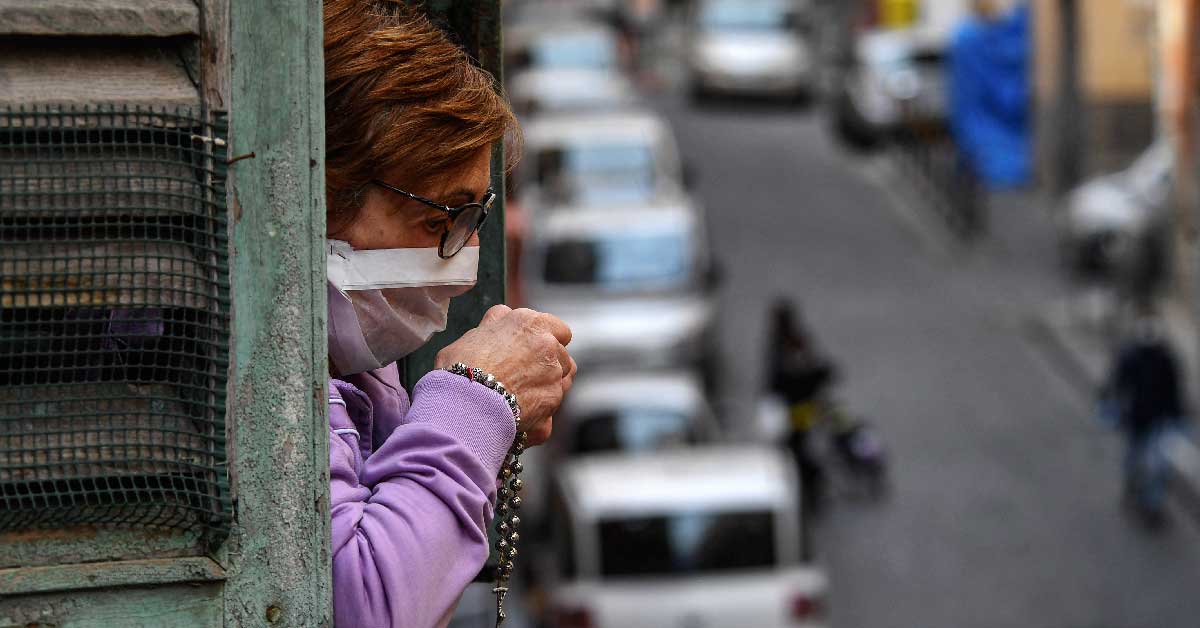 By Junno Arocho Esteves – The president of the Pontifical Academy for Life, publicly supporting a proposal to establish a national day in Italy to commemorate the tens of thousands of people who lost their lives to COVID-19, said formally remembering the dead is important.

In an op-ed published May 28 by the Italian newspaper La Repubblica, Archbishop Vincenzo Paglia backed the proposal made by Italian journalist Corrado Augias and said it was an opportunity for Italians and the world to remember those who died and to reflect on one’s own mortality.

“The mortal condition is not surmountable but asks to be at least ‘understood,’ to be lived with words, signs, closeness, affection and even silence,” Archbishop Paglia said. “For this reason, I am very much in favour of the proposal to establish a national day for the commemoration of all the victims of COVID-19.”

As of May 28, more than 357,000 people around the world had died from the coronavirus, including more than 33,000 in Italy. The death toll in Italy has continued to decline after restrictive measures to contain the virus were enforced.

However, the number of deaths continued to rise in other countries around the world, including the United States with an estimated 102,107 deaths, 25,697 in Brazil and 4,142 in Russia, according to Worldometer, a statistical site monitoring the pandemic.

In his op-ed, Archbishop Paglia said the death toll “has mercilessly reminded us of our mortal condition” and that despite scientific advances that have lengthened and improved people’s lives, it has succeeded “at most, in postponing the end of our earthly existence, not cancelling it.”

The Italian archbishop also denounced attempts to censor public discussions on death as “signs of a clumsy attempt to remove what objectively appears as the most unbearable feature of our human existence: we are mortal.”

Nevertheless, he continued, the fact that people were not able to be with or mourn the loss of loved ones who died of COVID-19 or other illnesses during the lockdown “struck all of us more than the number of victims.”

“This was the scandal we all felt when we saw the images of the army trucks taking the bodies away from Bergamo,” he said, referring to a photo published from the epicentre of the pandemic in Italy. “It was the infinite sadness that many relatives felt who were unable to accompany their loved ones in this decisive passage in their lives.”

Archbishop Paglia also praised the work of doctors and nurses, who “took the place of relatives” in their final moments, making the thought of a loved one dying in solitude “less unbearable.”

The institution of a national day to remember those who have died, he added, would give people an opportunity to process this experience of death and “attempt to live it in a human way.”

“This terrible experience that we are living through has reminded us in a powerful — and at the same providential way – that safeguarding the extraordinary dignity of every person, even in their tragic end,” is a requirement of true brotherhood, Archbishop Paglia said.