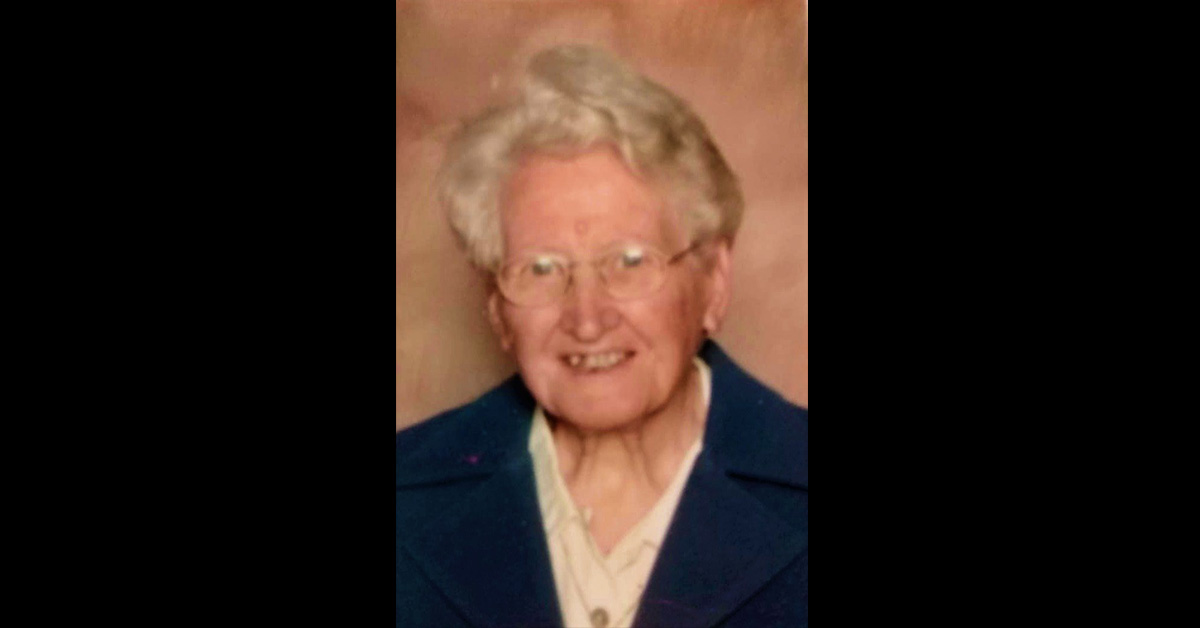 Dominican Sister Andrea van Hal died on July 16 at Emmaus convent, East London. She was 92.
The Sisters had been notified after supper that Sr Andrea’s end was near. They gathered to sing the “Salve” and prayed until she died at 18:00.

Sr Andrea was born on April 9, 1928 in Amsterdam, Netherlands, one of four children in a devout Catholic home. Her mother attended daily Mass and her father sang in the church choir.

They had a hard and difficult time during the war. She went to a Montessori school, where the teachers discovered that she had a special interest and ear for music. She learned to play the piano and took lessons at home for eight years. Her teachers showed great interest in her progress for which she was grateful all her life.

At an early age Sr Andrea wanted to be a Carmelite Sister, but her father objected to it. Her brother was studying with the Mariannhill Fathers, not far from Venlo.

One day her brother and his friend visited the Dominican convent at Albertushof in Venlo. When the Sisters discovered that her brother had a sister, they invited her for a holiday. Sr Andrea decided that was where she wanted to enter.

She was 17 years old. Her brother, seven years older, was ordained a priest in 1952 in France. Sadly, he died at an early age of 54 of cancer.

Sr Andrea made her first profession in Venlo in May 1947 and a few months later left for South Africa.

She developed into a very talented music teacher and held certificates and diplomas in teaching piano, the violin and the flute. She taught music for 57 years in several places including Potchefstroom, Klerksdorp, Nigel, Witbank, and Welkom.

St Agnes School in Welkom was her last assigment. She taught there for 24 years, gave music and singing lessons, prepared the pupils for concerts, and played the organ in the local parish church. There are hundreds of past pupils in different parts of the world who were taught music lessons by Sr Andrea.

In 2006 she retired to Emmaus in East London. She still enjoyed fairly good health and played the organ in the Parish church at Cambridge and, of course, also for the sisters in the convent chapel.

Unfortunately, her eyesight deteriorated until she could not play the organ at all anymore. The Sisters tried everything to enable her to continue: extended magnifying glasses, light on the organ, but soon Sr Andrea realised that her music career had come to an end.

This made her very sad and she struggled to accept her limitations. Something of her jolly, playful disposition died with this realisation.

Gradually Sr Andrea became more and more dependent and was transferred to the frail care section in November 2016. Over time, she became less and less mobile and her speech less audible. Often she did not even want to listen to a lovely CD with classical music she had enjoyed before.

During the last ten days, she seemed to have caught a cold and started deteriorating more visibly. Her death was a peaceful one, surrounded by several Sisters.