Mustard Seeds: In The End, That’s How It All Began 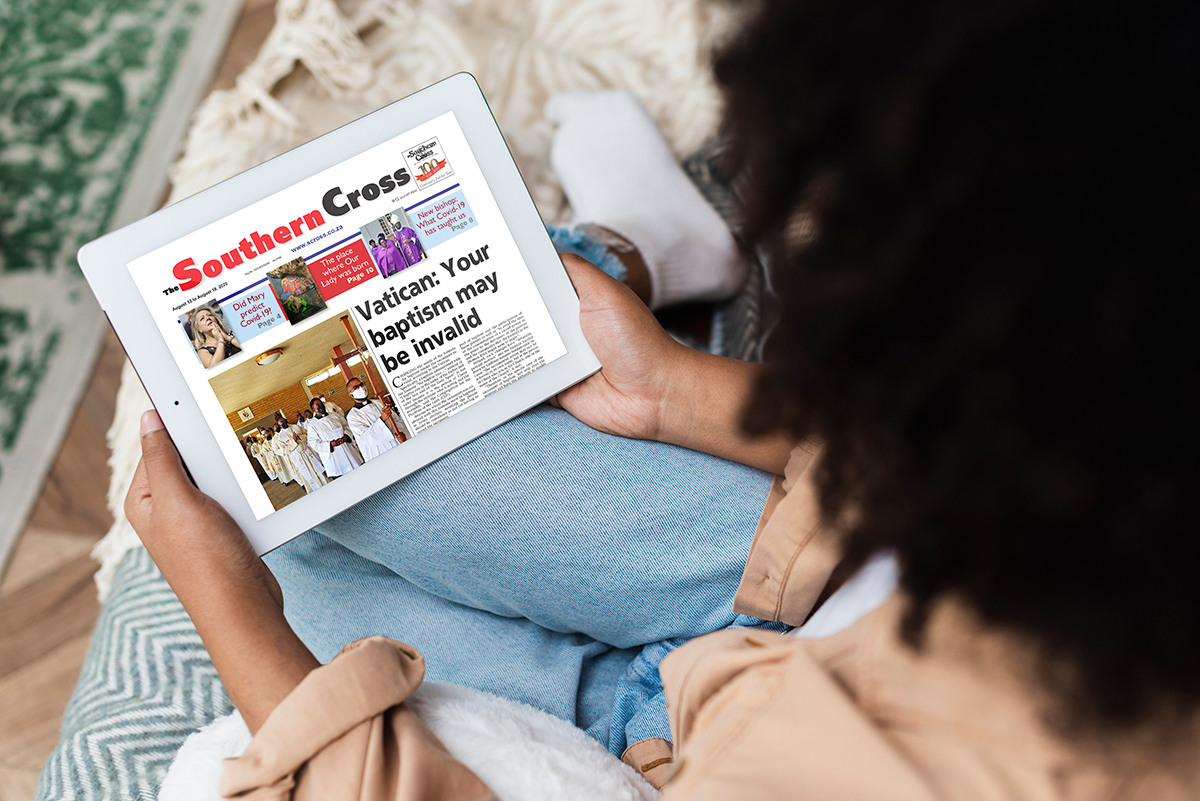 Six and a half years is a long time to keep coming up with something new and refreshing every month. I’m sure you’ll agree that some months were more inspired than others!

In the life of South Africa’s centenarian Catholic newspaper, my contribution was simply a drop in an ocean filled with the faith, reflections, and life of the many generations of Catholic writers who have written for this publication for 100 years.

When I started this column, I expressed my hopes that it would be a space “to share stories of faith, to feed faith in one another and to encourage those mustard seeds to grow into blossoming trees that provide shelter for others”.

As I look back over the various articles that I wrote, it seems I wrote about absolutely everything from the liturgy to politics. I covered sex abuse by clergy, violence against women, and xenophobia. I shared travel experiences, books I’d read and little moments that brought me to prayer. I spoke about fear, suffering, and hope.

In all of these, I tried to find the “mustard seed” of faith that helped me on my Christian journey, and hoped that it served as an inspiration for readers as well.

And so, as this column takes its leave, I leave one final mustard seed. It is not an obituary. It is a challenge to every reader, because The Southern Cross is all of us.

Can you remember the first time you picked up copy of The Southern Cross? I remember seeing it in my home as a child. I was probably in my teens when I picked it up and paged through it for the first time. I don’t remember what I read or even if it made an impact on me.

When I moved out of home and went to live in another city, I would also periodically buy The Southern Cross.

My job is to read newspapers, and as such, I don’t have the patience to read much beyond the headline and perhaps the first paragraph. Something needs to capture my attention for me to read a piece through to the end. Each time I bought our Catholic newspaper, I could find at least one or two pieces that compelled me to read it all the way through.

Sometimes, it was a heartwarming story about the great work that a parish was doing. Other times, a letter to the editor made me angry. Sometimes I read the editorial and it inspired me. Other times it upset me. But I was never left unmoved.

Beginnings of a column

One time, I got so upset by something I had heard that I penned a letter to the editor. He printed it as an article a few weeks later. That was in 2013. A few months later, he asked me if I would contribute to a monthly column. I got involved because Catholic media matters to me.

And here is the challenge. Do we see the value of our South African Catholic media? This is everything from The Southern Cross to Radio Veritas, the “Catholic Link”, spotlight.africa, Worldwide, the Paulines in Johannesburg and the Catholic Bookshop in Cape Town, MARFAM, Mariannhill Publishers, and all the other media that enable us to access Catholic content.

If they suddenly had to disappear, what impact would this have on the nurturing of our faith? We would still find Catholic content on websites coming from the US or the UK, but would we still feel represented, as South African Catholics?

Catholics form a small percentage or South Africa’s religious demographic. This is why Catholic media is important. It keeps us united—something we experienced very vividly in our isolation during the pandemic with online Masses.

But YouTube Masses or beautiful sayings on a parish Facebook page do not fill the need for ongoing religious formation. Nor do they take the place of a robust and free media environment that allows Catholics of all backgrounds and worldviews to express their varied observations and opinions, while simultaneously trying to grapple with Catholic teaching and its application to the experiences of real life and the real world.

Catholic media in South Africa needs voices from all language groups, sodalities, spiritual charisms, those at the centre and those on the fringes, so that all Catholics in South Africa can see themselves represented.

As The Southern Cross takes its bow as a Catholic weekly newspaper in a few weeks’ time, what will we do differently to contribute to its success as a monthly magazine?

And in what ways can we support all our other Catholic media that are also struggling?