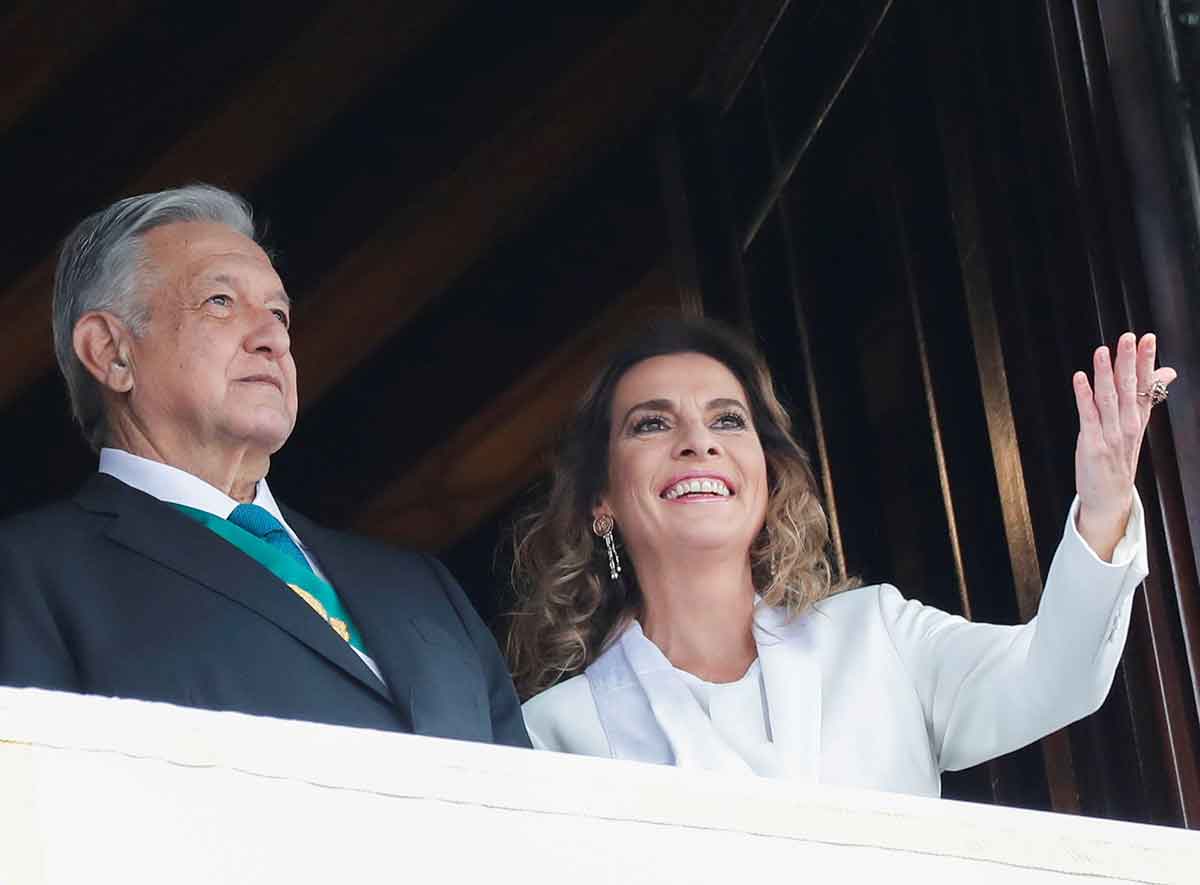 Mexican President Andrés Manuel López Obrador and his wife, Beatriz Gutiérrez Müller. In an open letter to Pope Francis made public Oct. 10, 2020, Lopez Obrador asked the pontiff to apologise for the church’s role in the conquest of the Americas. (CNS photo/Henry Romero, Reuters)

By David Agren – Mexican President Andrés Manuel López Obrador has asked Pope Francis to apologise for the church’s role in the conquest of the Americas. It’s the second time he has made such a request of the pope in less than two years.

In a letter made public October 10 – after it was personally delivered to Pope Francis during an audience with Beatriz Gutiérrez Müller, López Obrador’s wife – the president once again insisted that “the Catholic Church, Spanish crown and Mexican state must offer a public apology to the indigenous people that suffered the most ignominious acts in order to loot their lands and subjugate them from the Conquest of 1521 until the recent past.”

The letter continued: “They deserve not only this generous attitude on our part but also a sincere commitment that never again will these disrespectful acts be committed against their beliefs and cultures – and much less that they be judged or marginalised for economic reasons or racism.”

In March 2019, López Obrador asked the Catholic Church and Spanish crown to apologise for the conquest of the Americas – something Spain has said is unnecessary.

Pope Francis, meanwhile, apologised during a 2015 trip to Bolivia “not only for the offence of the church herself, but also for crimes committed against the native peoples during the so-called conquest of America.”

But the letter comes in the context of 2021, when Mexico marks the 500th anniversary of the fall of Tenochtitlán – the city founded by the Aztecs now known as Mexico City – to Spanish conquistadors assisted by indigenous allies at odds with the Aztecs. It also marks the bicentenary of the completion of Mexico’s independence from Spain.

The letter also comes as López Obrador, a populist who retains a high approval rating, uses “symbolism” to maintain his popularity and antagonise critics, according to analysts.

Amid the tensions in Mexico – which include the president’s opponents camping out in the heart of the capital – the Archdiocese of Mexico City published an editorial October 11, saying, “It appears the pope is speaking directly to Mexico when he says politics is being used as a mechanism to exasperate and polarise in many countries.”

Mexico’s Catholic Church has not responded to the president’s letter.

One Catholic leader, Bishop Miguel Alba Diaz of La Paz, Mexico, dismissed the idea of an apology and said López Obrador should instead seek forgiveness for the persecution of the Catholic Church in the last century.

The president’s letter to Pope Francis included requests for historical items to be brought to Mexico for the 2021 celebration. It also asked the church to rehabilitate two heroes from the independence movement: Fathers Miguel Hidalgo Costilla and José María Morelos Pavón – both thought to have been excommunicated.

The history and art department of the Mexican bishops’ conference said in a September 15 statement that a review of their cases by Father Gustavo Watson Marrón in 2007 found both men “died being priests of the Catholic Church.”

Pope: Apply the Healing of Christ to the World
Share