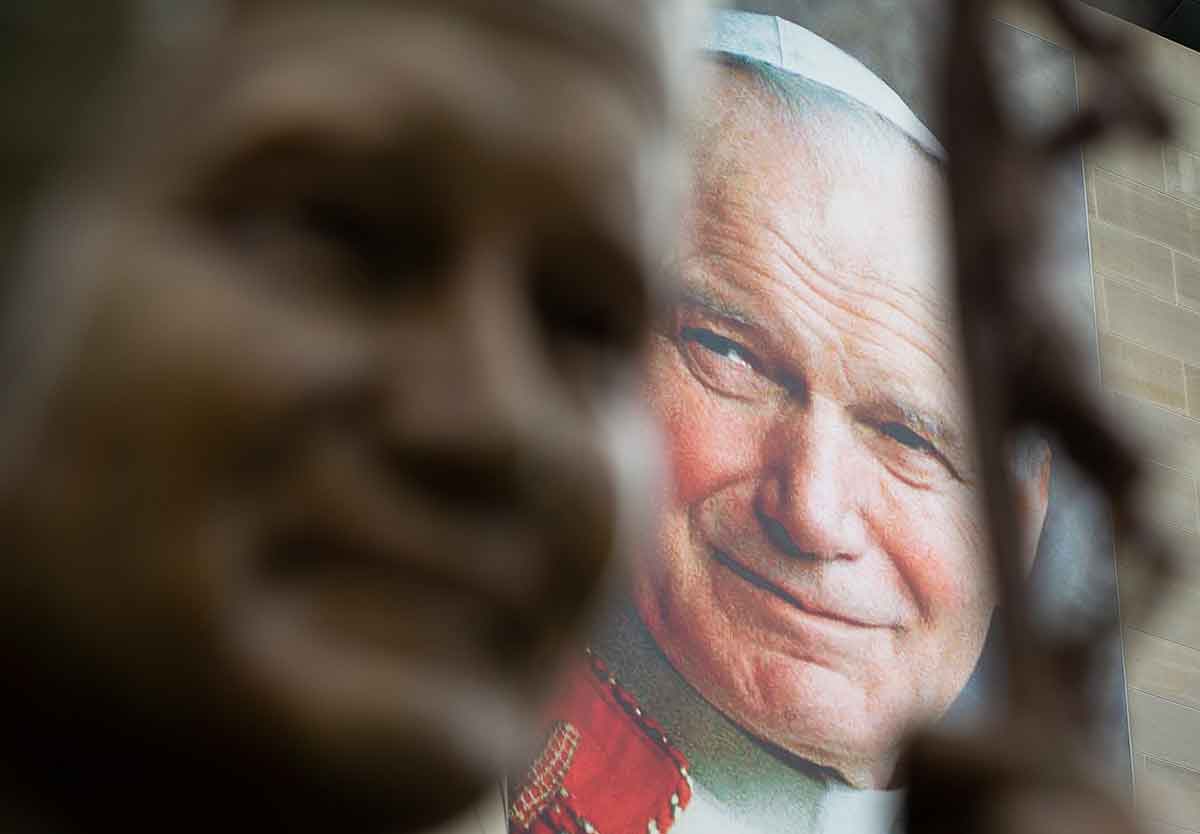 By William Cone – Following the November 10 release of the Vatican’s 460-page report on former cardinal Theodore E. McCarrick, some of the speculation in the media has centred on the role of St John Paul II in McCarrick’s rise through church ranks.

Commentators have alleged the pope knowingly advanced McCarrick up the hierarchical ladder despite being aware of allegations of sexual misconduct going back decades.

But those who are experts on St John Paul’s life oppose that characterisation.

“The McCarrick report is an important document that relates painful events,” said the Knights of Columbus, which operates the St John Paul II National Shrine in Washington. “We pray that it leads to healing and reconciliation. However, this tragedy in no way diminishes St John Paul II’s legacy of love and compassion, and it has no bearing on the shrine or its mission.”

Weigel, who holds the William E. Simon Chair in Catholic Studies at the Ethics and Public Policy Centre in Washington, has written several books about St John Paul, including “Witness to Hope: The Biography of Pope John Paul II” (1999) and “The End and the Beginning: Pope John Paul II – The Victory of Freedom, the Last Years, the Legacy” (2010).

In an article in the Catholic journal First Things – headlined “Theodore McCarrick, not John Paul II, is the story of the McCarrick report” – Weigel recounts from the report how Cardinal John J. O’Connor of New York warned St John Paul about rumours of McCarrick’s sexual improprieties. But after hearing about Cardinal O’Connor’s letter, McCarrick wrote his own letter declaring his innocence to the pope.

“That letter is a comprehensive lie,” Weigel writes. “Theodore McCarrick, a priest and bishop of the Catholic Church, brazenly lied to the bishop of Rome, the successor of Peter.”

The Vatican report speculates that St John Paul may have believed McCarrick’s denial because of his own experience in Poland, where priests and bishops were often accused of sexual misconduct by the secret police to discredit them.

A Catholic World Report article by Weigel – “The McCarrick Report: No Smoking Gun, But Massive System Failure” – sets out several flaws in the church’s “clerical culture” that allowed McCarrick to advance.

Specifically, Weigel takes aim at a “clerical caste system” in which those in the lower caste “do not question or challenge the upper clerical castes, while the upper castes enforce caste discipline.” In that way, Weigel writes, McCarrick “was as ‘clerical’ as clerical gets.”

But again, as the Vatican’s report relates to St John Paul, Weigel disputes the suggestion by some the pope and his associates knew about McCarrick’s misdeeds and proceeded with his promotion anyway.

Though McCarrick “was an intelligent man and a gifted linguist,” says Weigel, he also was a “master at gaining the trust of others, including Pope John Paul II, and then betraying that trust.”

Weigel adds, “Even brilliant and holy men – even saints – can be deceived.”

In St John Paul’s homeland, Archbishop Stanislaw Gadecki, president of the Polish bishops’ conference, issued a statement Nov. 13 saying the pope had been “cynically deceived” by McCarrick as well as other US bishops.