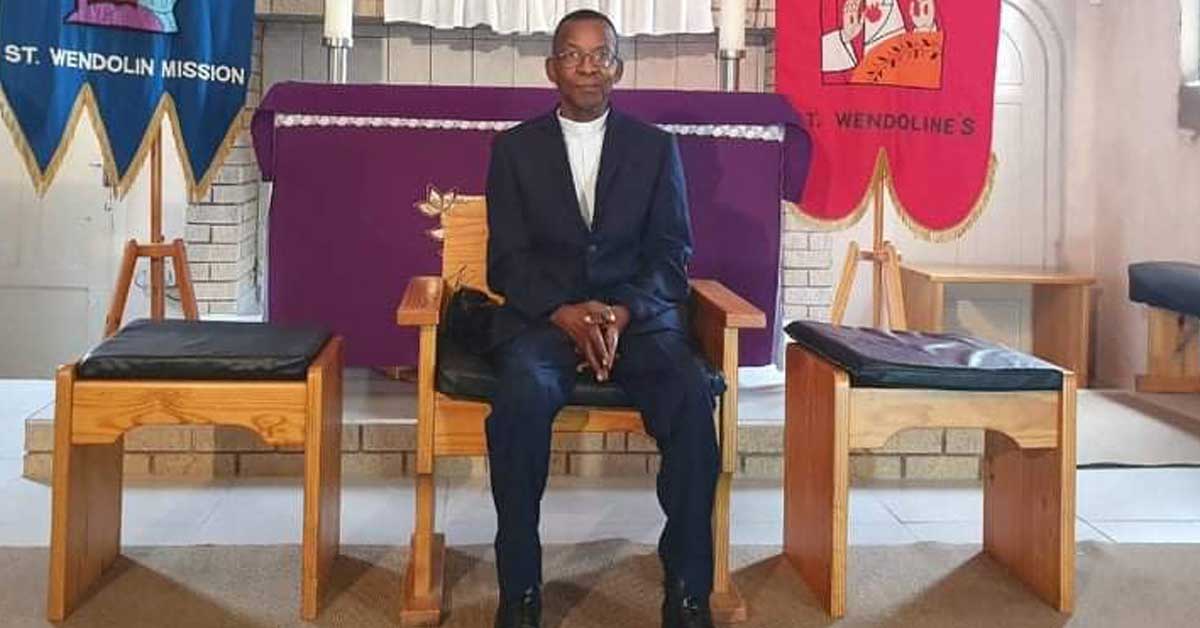 Fr Wilfred Siyabonga Mfayela of Mariannhill died after a long illness on November 14, 2020. He was the parish priest of St Wendolin’s parish in St Wendolins Ridge, near Pinetown, since 2015.

Born in 1963, in Phangisa near Umbumbulu, he had nine siblings, six of whom are already deceased. He did his primary education at Phangisa Roman Catholic School. His father, who was a catechist, and some of his brothers and sisters had already moved to Umlazi township where they took up full residence. Due to the tribal faction fights in Umbumbulu, the rest of the family also followed.

He did his secondary education in Umlazi where he had the privilege of altar serving under two future bishops, Mansuet Della Biyase of Eshowe and Paul Themba Mngoma of Mariannhill, when they were still priests at Uganda Martyrs parish. It is during this time that he became a member of the Ikhwezi Sodality (Sodality of Our Lady of the Morning Star). He then moved to St Mary minor seminary for Grades 11 and 12.

He served as the dean of Ugu deanery while he was working at the South Coast area, and the first vicar-general of Bishop Mlungisi Pius Dlungwane of Mariannhill. He was also the exorcist for the diocese of Mariannhill, and the coordinator of the diocese’s English-speaking parishes.

He was a representative of the diocese of Mariannhill at the Southern African Council of Priests and was finally appointed chancellor and archivist of the diocese.

The Southern Cross will always be ready to publish obituaries for priests or religious but we depend on dioceses, parishes and orders/congregations to send these to us.