Polish cardinal dies 10 days after being disciplined by Vatican 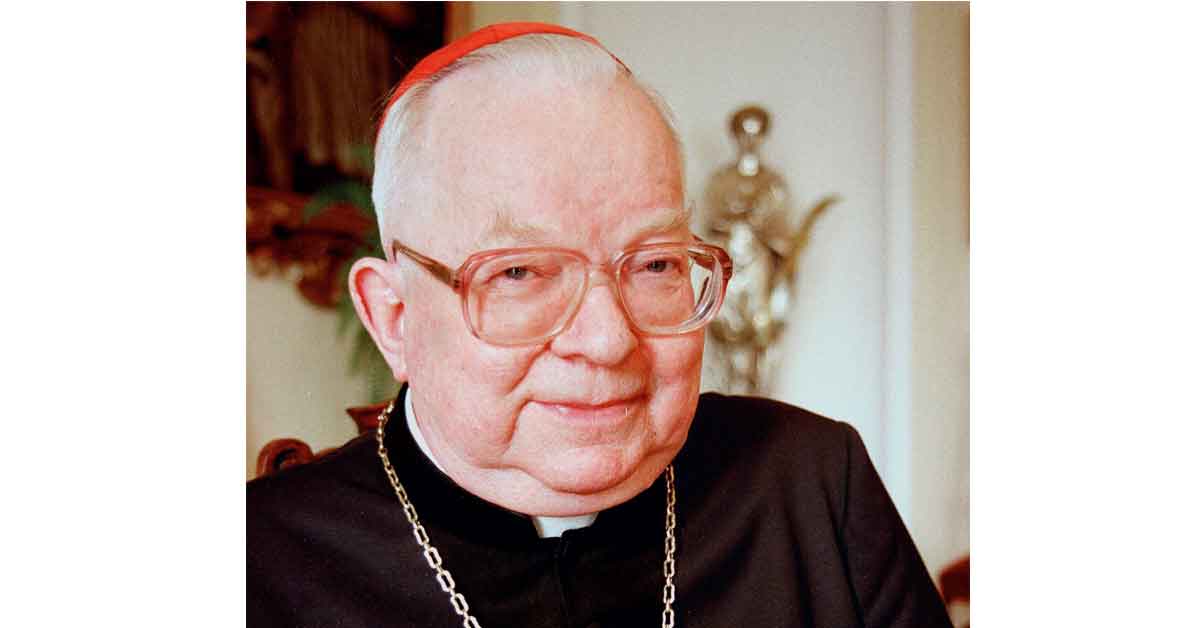 Cardinal Henryk Gulbinowicz, retired archbishop of Wroclaw, Poland, died Nov. 16 at the age of 98. His death came just 10 days after the Vatican announced disciplinary measures against the cardinal after he was investigated for sexual abuse. Cardinal Gulbinowicz is pictured in an undated photo. (CNS photo/Ernst Herb, KNA)

Cardinal Gulbinowicz, who was 97 at the time of his death, had been hospitalised November 10.

The Vatican nunciature in Poland had announced November 6 that, in accordance with a Vatican decision, the cardinal was banned from all public appearances and ordered to pay compensation to a fund for the victims of clerical sexual abuse. The notification also stipulated that his funeral could not be celebrated in the Wroclaw cathedral and that he was not to be buried there with his predecessors.

The announcement, which did not provide details of why the steps were taken, followed an 18-month investigation into abuse claims. Accusations against the cardinal were made in a May 2019 TV film, “Just Tell No One,” by a former Catholic student from Legnica, Poland.

Archbishop Stanislaw Gadecki of Poznan, president of the Polish bishops’ conference, posted a statement after the cardinal’s death asking “God, in his mercy, to forgive the deceased for the suffering he has caused the aggrieved and the pain he caused the community of believers.”

“While expressing our unequivocal disapproval of the sins he has committed,” the archbishop said, “we must not forget the goodness that many people have experienced through his life and ministry.”

For decades, he was praised for his human rights advocacy during Poland’s communist era, for his support of catechesis and for his books on moral and doctrinal theology.

He was born on October 17, 1923, in Sukiskes in what is now Lithuania but was then part of Poland. Until 2005, the Vatican’s official yearbook, the Annuario Pontificio, listed the year of his birth as 1928. The year became important as St John Paul II was dying because, if he had been born in 1928, he would have been eligible to enter the conclave that elected St John Paul’s successor in April 2005.

At the time, Cardinal Gulbinowicz said St John Paul had known his real year of birth for decades; he said his identification papers had been changed in 1942 to save him from deportation as a forced labourer to Nazi Germany.

Ordained to the priesthood in June 1950, after a year in a parish, he was sent to the Catholic University of Lublin where he earned a doctorate in moral theology.

He was named a bishop and apostolic administrator of Vilnius, Lithuania, in 1970, and named archbishop of Wroclaw in 1976. St. John Paul II made him a cardinal in 1985 and accepted his resignation in 2004, shortly after the cardinal’s 80th birthday.

His death and the death November 15 of Cardinal Raul Vela Chiriboga, retired archbishop of Quito, Ecuador, leave the College of Cardinals with 216 members, 119 of whom are under the age of 80 and eligible to vote in a conclave to elect a new pope.