Mccarrick Report At Odds With Cardinal Wuerls Claims Of Ignorance 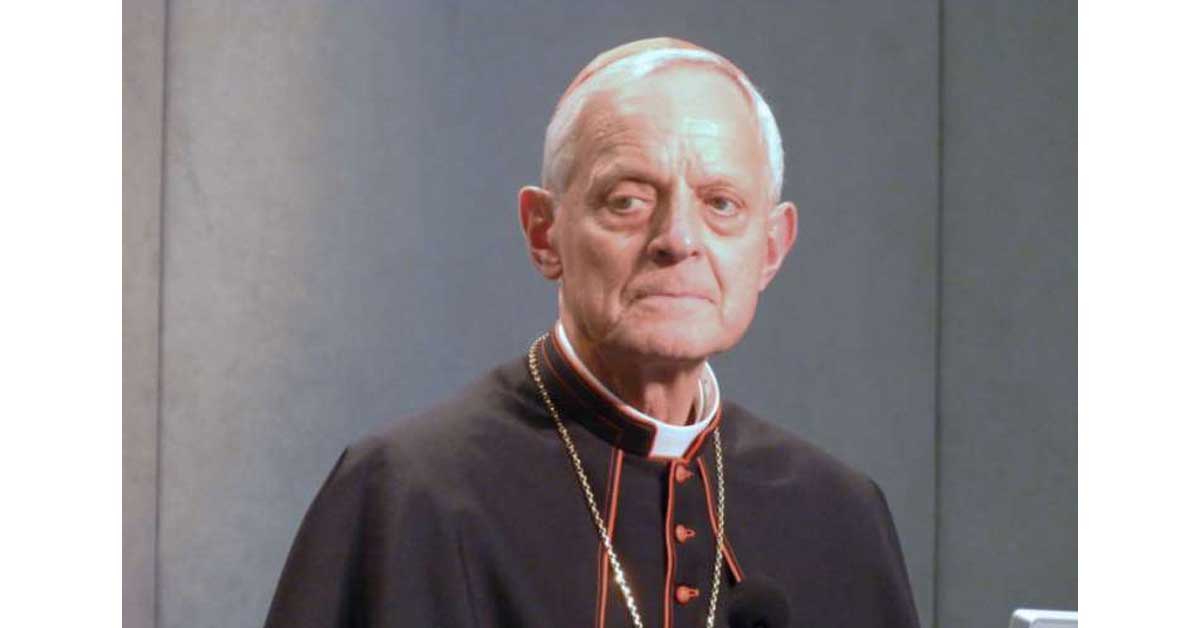 The McCarrick Report sheds new light on when former Archbishop of Washington, Cardinal Donald Wuerl, knew of allegations made against his predecessor, and what steps he and Vatican officials took to monitor or restrict McCarrick’s travel and residence.

The 450-page report, published on Tuesday, examines the “institutional knowledge and decision-making” regarding Theodore McCarrick, the former cardinal found guilty of sexual abuse of minors and seminarians in 2019 and laicised after an expedited canonical investigation.

McCarrick’s rise from diocesan priest to cardinal, and leader of the Archdiocese of Washington, despite decades of rumours and allegations of abuse made against him, has raised a series of questions about the conduct and decisions of various other American bishops and Vatican officials in relation to McCarrick.

Cardinal Wuerl, McCarrick’s successor as Archbishop of Washington, D.C., was among the first to fall under close scrutiny at the time accusations against McCarrick were first made public in 2018.

After several months of media scrutiny and criticism of his denials of having prior knowledge or even suspicion of McCarrick’s abuse, Pope Francis accepted Wuerl’s resignation as Archbishop of Washington on Oct. 12, 2018.

When interviewed for the McCarrick Report, Wuerl denied having been told of McCarrick’s alleged abuses or inappropriate behaviour.

“No person in this Archdiocese, no former secretary of his [McCarrick], no lay person, nobody, ever came to me to say that anything abusive had ever occurred, or to say that Cardinal McCarrick had engaged in any inappropriate behaviour. Nothing,” Wuerl said in the report, in its section on 2008 discussions of proposed Vatican restrictions on McCarrick’s travel.

Yet as CNA previously reported, Wuerl in 2004 handled an “inappropriate conduct” complaint against McCarrick made by Robert Ciolek, a former priest of the Diocese of Metuchen.

The McCarrick Report confirms that Wuerl, as Bishop of Pittsburgh, received and personally delivered the complaint to then-Apostolic Nuncio Gabriel Montalvo.

Wuerl’s denials of any prior knowledge about McCarrick’s alleged conduct are apparently contradicted by another account in the report.

In 2010, Wuerl was mentioned in a Vatican Secretariat of State memo as expressing concern that news outlets could reveal “nasty” details about McCarrick’s “moral life.”

When an Archdiocese of Washington official requested that the Vatican send McCarrick blessings for his 80th birthday, both Wuerl and then-USCCB president Cardinal Francis George cautioned against the idea.

According to a June 2, 2010 internal memorandum of the Secretariat of State, both Wuerl and George brought up “the possibility that the New York Times is going to publish “a nasty article”, already prepared, about the Cardinal’s ‘moral life’.”

During the aftermath of the McCarrick allegations in 2018, Wuerl also denied having a role in McCarrick’s living situation while retired.

In 2018, Wuerl denied having been informed by the Vatican as to McCarrick’s living situation or travel restrictions, as alleged by former Nuncio Carlo Maria Vigano in his August 2018 “testimony.”

A spokesman for the archdiocese told CNA on Aug. 27, 2018, that “Archbishop McCarrick typically made his own housing arrangements and did not directly involve the Archdiocese of Washington.”

Wuerl, when interviewed for the McCarrick Report, said that Vatican officials never told him about wishes for McCarrick to move out of the seminary: “Nobody ever told me anything about [Holy See officials] wanting him to move. Nothing.”

Wuerl is quoted in the report saying that McCarrick approached him requesting that he help the retired cardinal find a residence other than the seminary.

As CNA reported, McCarrick moved out of Redemptoris Mater Seminary and into a residence at St. Thomas the Apostle parish in Washington, D.C., in early 2009; a priest-resident at the parish told CNA that Wuerl “ordered” the move.

According to Vatican correspondence in the report, Wuerl was also part of discussions with Vatican officials about the need for McCarrick to possibly move out of his residence and keep a lower public profile.

On Oct. 17, 2006, shortly after Wuerl took possession of the Archdiocese of Washington, Vatican officials discussed the need to limit McCarrick’s travel and public appearances due to an abuse allegation filed with the Diocese of Metuchen.

Given that the allegation involved McCarrick’s abuse of a seminarian, the Vatican also proposed moving McCarrick out of his then-residence at a Washington seminary.

In a letter from Cardinal Giovanni Battista Re, then-Prefect for the Vatican’s Congregation for Bishops, to then-apostolic nuncio Archbishop Pietro Sambi, Re said he informed Wuerl of the situation:

“I did determine that it was necessary to make mention of this [matter] to H.E. Mons Wuerl, [Cardinal McCarrick’s] successor, when he was passing through Rome, for his personal information.”

Wuerl’s name appeared again in Vatican correspondence in 2008, in a May 27 report to Rome by Sambi.

Sambi said that he and Wuerl agreed upon the need for McCarrick’s travel restrictions and maintaining his seminary residence given the ever-present risk of “a scandal-inducing campaign” against him.

“Msgr. Wuerl is of the opinion that he should not accept invitations in the United States,” Sambi wrote.

The report also says that Re “clearly recalled in an interview” that he discussed McCarrick’s living situation with Wuerl and that Wuerl “consistently favoured McCarrick not living at the seminary.”

In 2011, McCarrick moved out of his apartment at St. Thomas parish to a small house on the property of Saint John Baptist de la Salle Parish in Hyattsville, Maryland. According to the McCarrick Report, the move was related to McCarrick’s advancing age and declining health, but Wuerl also could no longer supply him with a diocesan priest as a secretary.

According to the report, McCarrick continued living in the house until 2017, when he moved to a retirement home maintained by the Little Sisters of the Poor, at the request of Cardinal Wuerl.