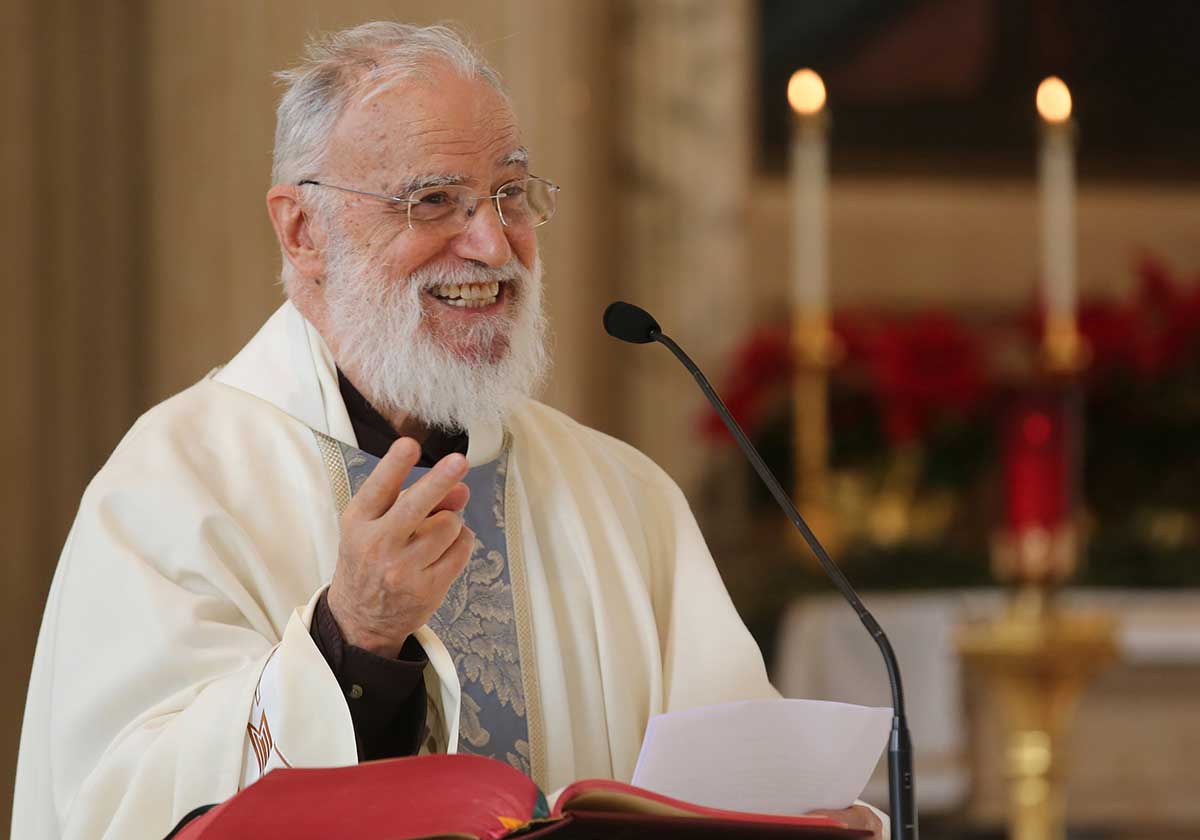 Cardinal Raniero Cantalamessa, the official preacher of the papal household, delivers the homily to U.S. bishops during Mass in the Chapel of the Immaculate Conception at Mundelein Seminary Jan. 3, 2019, at the University of St. Mary of the Lake in Illinois, near Chicago. (CNS photo/Bob Roller)

By Cindy Wooden – Anyone who thinks eternal life will be boring should ask a couple in love whether they want that love to endure forever, said the preacher of the papal household.

Human beings are “finite beings capable of the infinite, mortal beings with an innate yearning for immortality,” said Cardinal Raniero Cantalamessa, offering an Advent meditation to Pope Francis, leaders of the Roman Curia and Vatican employees.

In his reflection Dec. 11, the cardinal said Jesus’ birth was the moment “eternity burst into time” and his death and resurrection opened eternity to all who believe.

Preaching about eternity is an essential aspect of evangelization, he said, because it responds to that human desire for meaning and for unending love. But also, he said, it is a reminder to Christians that the focus of their lives should be striving for holiness on earth so that they can enjoy eternal life with God in heaven.

“Imagine this situation: A person receives an eviction notice and must move soon. Fortunately, he immediately is given the possibility of a new home,” the cardinal said. “But what does he do? He spends all his money to modernize and decorate the house he must leave rather than furnishing the one he’s going to. Wouldn’t that be foolish?”

“All of us will be ‘evicted’ from this world,” he said, “and we resemble that foolish man if we think only about embellishing our earthly home without being concerned for the good works that will follow us to our new home after our deaths.”

Unfortunately, the cardinal told the pope and Curia officials, too many Christians seem to be losing sight of the promise of eternal life, which diminishes their “capacity to face suffering and life’s challenges with courage.”

Like St. Bernard of Clairvaux and St. Ignatius of Loyola taught, he said, “in every situation and before every obstacle,” Christians should ask themselves, “Quid hoc ad aeternitatem?” essentially, “What does this mean in the light of eternity?”