Covid-19 caused problems for German church, but other issues arose in 2020 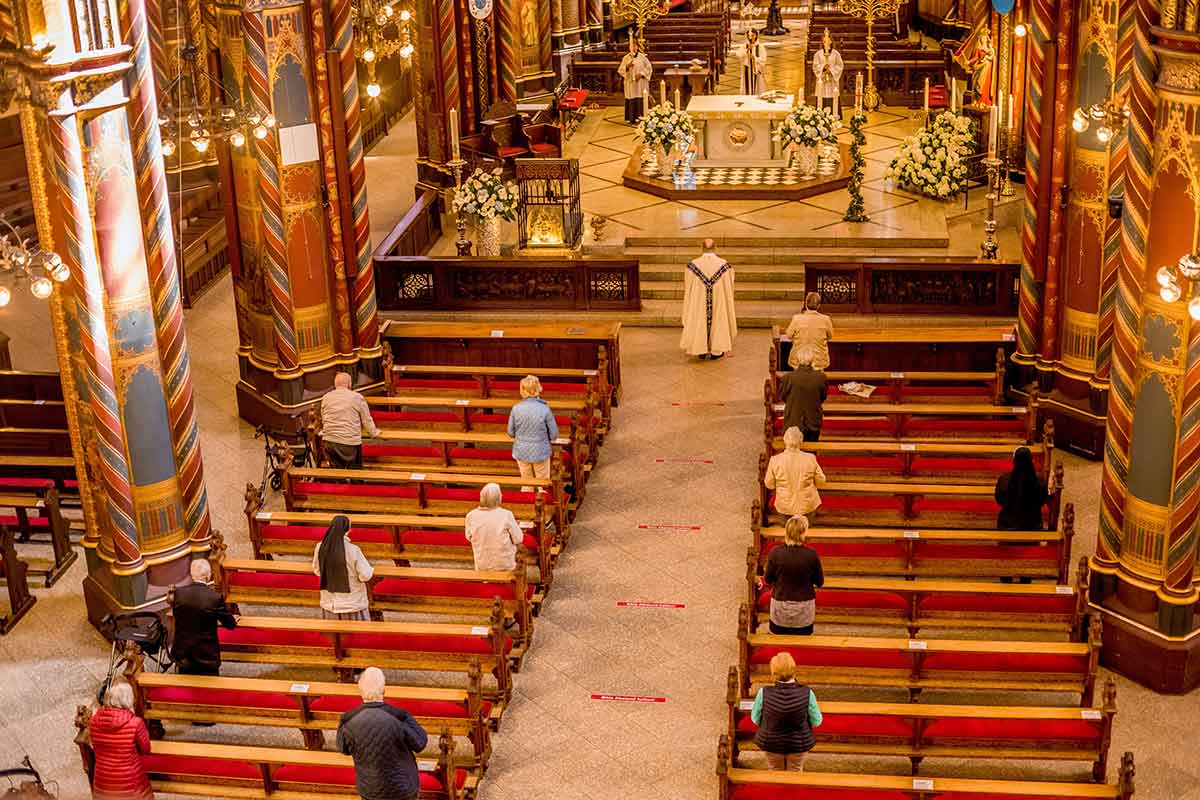 Most people looking back at 2020 will mainly see the coronavirus pandemic, but the Catholic Church in Germany was rattled by a number of other issues as well, from the impact of the sexual abuse scandal to the debates surrounding the Synodal Path that reverberated beyond Germany’s borders and triggered interventions from Rome.

The German Catholic news agency KNA reported it has been a demanding year for the president of the German bishops’ conference, Limburg Bishop Georg Bätzing. Since his election in March, the coronavirus has severely curtailed church life, including an Easter without public religious services and accusations that the churches submitted too readily to the state-imposed lockdown – to the extent that even the dying were abandoned. During the second lockdown, church services were spared, subject to conditions.

From the point of view of Osnabrück Bishop Franz-Josef Bode, the pandemic will revamp the church. Pastoral work will become “less focused on priests,” he said. Telephone helplines, advisory services and pastoral care in hospitals and care homes for the elderly have grown in importance.

Inevitably, the pandemic is a drain on church finances. Following record church tax revenues in 2019 – $8.2 billion – a drop of around 10% is expected in the first year of the pandemic.

Last year also saw a record number of people leaving the church in Germany, KNA reported. The nearly 273,000 Catholics who left are linked to the clergy abuse scandal, the agency reported.

The bishops agreed on a unified system of payments to victims that takes effect Jan. 1. It is in line with court rulings applied in civil law cases, with payments amounting to up to $60,500 per case.

But now the focus has shifted to the personal responsibility of bishops or diocesan officials. The legal reports commissioned by the Archdiocese of Cologne and the Diocese of Aachen highlight how sensitive this issue is.

The Aachen Diocese published its report, which accuses former bishops and vicars general of massive failings. Cologne, on the other hand, stopped the publication with reference to “methodological deficiencies” and commissioned a further study.

The Central Committee of German Catholics and other associations are demanding that the Cologne report be published. Two spokesmen for the victims’ advisory board in the archdiocese resigned. Meanwhile, the former vicar general, now-Archbishop Stefan Hesse of Hamburg, was accused of covering up abuses when he was head of personnel in Cologne — an accusation he denies. Two deceased Cologne archbishops, Cardinals Joseph Höffner and Joachim Meisner, are accused of failing to protect abuse victims from predatory priests.

KNA reported the church reform process also suffered setbacks in 2020. The pandemic disrupted the road map of the Synodal Path. Scheduled to run for two years, it is debating the issues of power, sexual morality, priestly life and the role of women in the church. The aim is to restore trust lost in the clergy abuse scandal after the German bishops’ conference released a study that revealed an estimated 3,700 cases of sexual abuse reported in the German church from 1946 to 2014.

Opposition to the Synodal Path emerged. Cologne Cardinal Rainer Maria Woelki said it would be bad if “something like a German national church were to be created here.” Bishop Bätzing disagreed, saying: “There are no tendencies to split us off as a national church.”

In 2019, Pope Francis had written Catholics in Germany, urging them to ensure that their Synodal Path was guided by the Holy Spirit with patience and was not simply a “search for immediate results that generate quick and immediate consequences.”

In late November, without mentioning countries, the pope said at a general audience: “At times, I feel a great sadness when I see a community that, with goodwill, takes a wrong path because it thinks it is making the church through gatherings, as if it were a political party: the majority, the minority, what this one thinks of this or that or the other, (saying), ‘This is like a synod, a synodal path that we must take.’

In a July “instruction” on parish reforms, the Vatican voiced opposition to putting laypeople and priests on an equal footing in the running of parishes. Many German bishops sharply criticized the instruction.

In September, the Congregation for the Doctrine of the Faith voiced major objections to a proposal on mutual invitations to the Catholic Eucharist and the Protestant Lord’s Supper. The differences between Catholics and Protestants in the understanding of the Eucharist and the ministry were “still so weighty” that they ruled out mutual participation at present, the congregation said.

However, in early October, leaders of both churches said they would continue discussions and identified questions that “still need to be clarified” and addressed by Catholic and Protestant sides in different ways, KNA reported.