Why is Mary Blond in Famous Artworks? 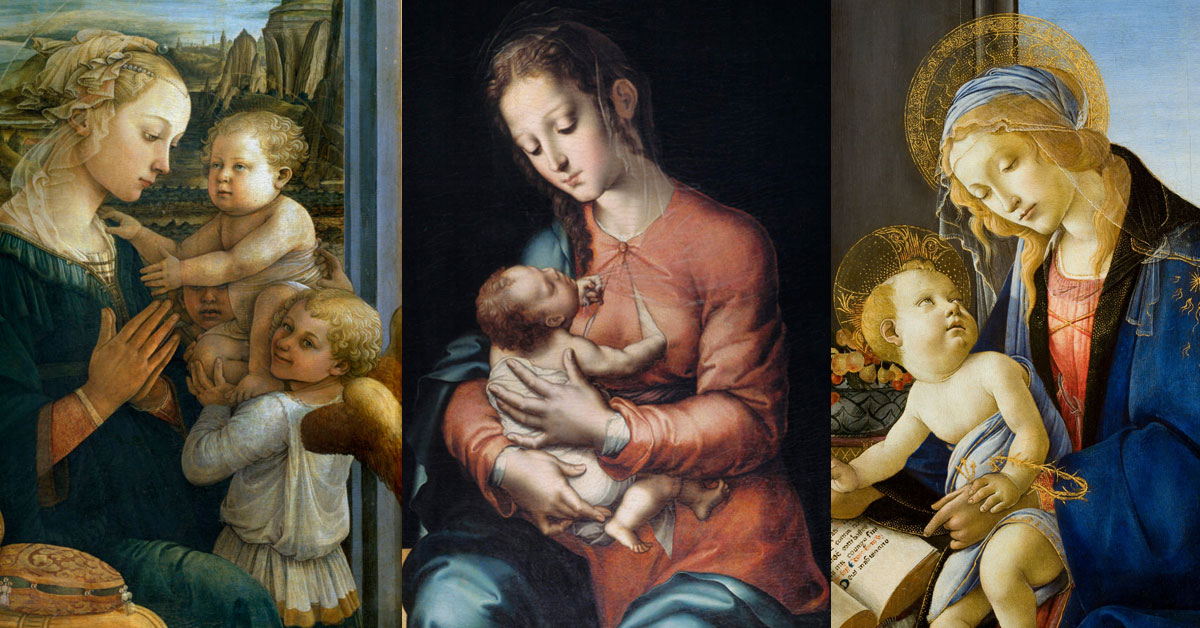 Question: I am wondering how the common representation of Mary in art form came to be. Whether in Nativity scenes, statues or paintings, she is usually shown as being Caucasian (or at least European), with a pale complexion and hair that is almost blond. Shouldn’t she be depicted instead as dark-skinned, dark-haired and Jewish?

Answer: For many centuries, the focal point of Christianity was Europe, and a heavy majority of the world’s Catholics lived on that continent. (In more recent years that has changed rapidly; according to the Pew Research Centre, in the year 1910, 65 percent of all Catholics lived in Europe, but by 2010 only 24 percent did.)

Because most religious artists were European, it is not surprising that they portrayed Mary as looking like the people they knew; they were not trying to create a photographic replica of Mary of Nazareth but to appeal to the religious sensibilities of those most likely to view their work.

Had they wanted instead an exact likeness, they would have known even in the Middle Ages that Palestinian Jews at the time of Christ had darker skin, with darker eyes and a dark hair colour. (What they might not have known then – but what nearly all biblical scholars believe today – is that, based on Jewish marriage customs of the time, Mary was most likely 14 or 15 years old when she gave birth to Jesus.)

There is, of course, a range of artistic works that do portray Mary with non-European features. Probably the best known of these is the image of Our Lady of Guadalupe.

In 1531, Mary appeared to an indigenous named Juan Diego on a hill outside Mexico City. When the local bishop was sceptical and asked for a sign, Mary directed Juan Diego to collect roses in his cloak and bring them to the bishop. As he unfolded the cloak, dozens of roses fell to the floor and revealed the image of Mary imprinted on the inside – with the dark skin of the indigenous people.