Vatican to UN: Nations Must Work Together on Covid-19 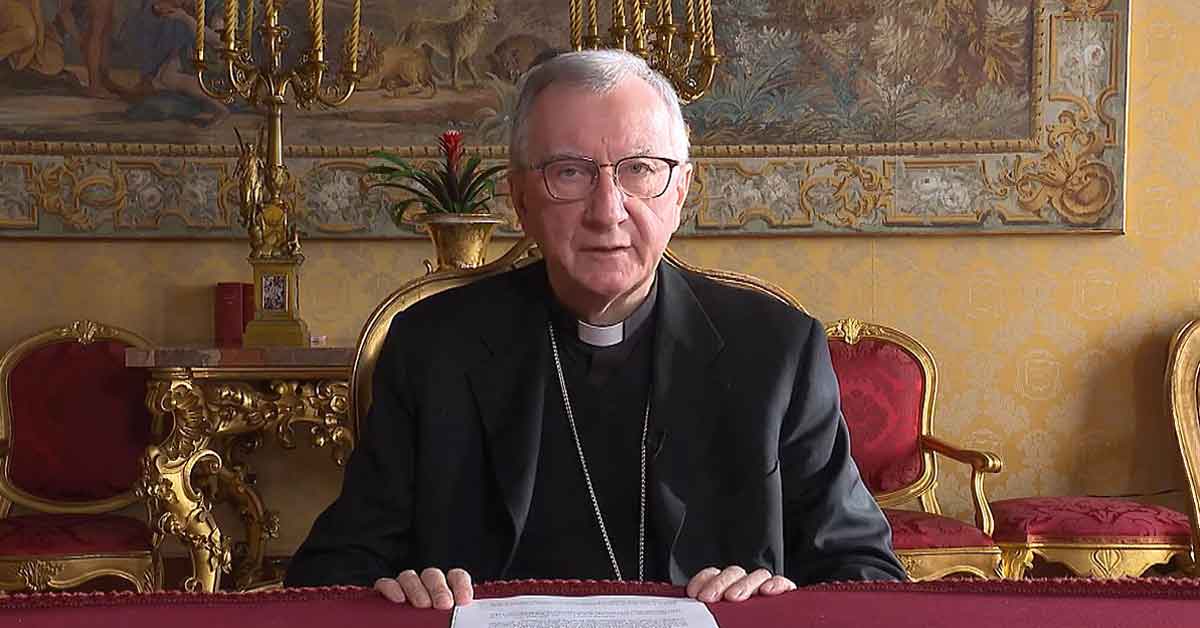 By Carol Glatz – The world must respond to the Covid-19 pandemic with greater attention to the poor and vulnerable and with increased cooperation for fairly distributing ethical vaccines, the Vatican’s secretary of state told the UN General Assembly December 3.

“The challenges of this crisis must be met with a spirit of co-responsibility and with the contribution of everyone,” Cardinal Pietro Parolin said in a pre-recorded video message for a special session of the UN.

Presidents, prime ministers and other top government leaders representing 141 nations contributed via video to the general debate December 3. The assembly began by observing a minute of silence for all victims of the pandemic. More than 1.5 million lives are estimated to have been lost to Covid-19.

In his remarks, Cardinal Parolin said that in facing this “worldwide challenge, the United Nations must live up to the hope that peoples have placed in it.”

“No state is able to resolve the pandemic on its own.”

One area requiring global solidarity, he said, is in seeking to guarantee “that proper medical care and effective vaccines – free from ethical concerns – are affordable and promptly available in sufficient quantities” for everyone, including those in developing countries.

Another key concern that must be part of the world’s response to the pandemic is giving greater priority to the poor, the ill, migrants, children and other vulnerable people, the cardinal said, especially because the pandemic has only made social problems worse and those on the margins are bearing the brunt of the crisis.

The cardinal listed many chronic problems that risk worsening because of the pandemic: hunger, abuse, exploitation, child marriage and heightened poverty and isolation for the elderly and people with disabilities. Children and young people are a priority with so many schools closed, he said.

“Covid-19 is disproportionately impacting migrants, asylum-seekers and refugees. It threatens safe resettlement pathways and the health security of those in overcrowded and underresourced camps,” he added.

Cardinal Parolin said the pandemic has offered an opportunity to recreate the economy.

“It is high time for the international community to reject an economic model based primarily or exclusively on profits and on the assumption that workers are exploitable or disposable means to that end.”

“Is this not the opportune time to reconsider seriously whether funds spent on the stockpiling and modernisation of weapons would not be more wisely invested in the advancement of integral human development?” he asked.

The second and last day of the U.N. special session December 4 was to feature online panel discussions focusing on the UN’s health and humanitarian response to the pandemic, issues surrounding a Covid-19 vaccine, the socio-economic impact of the crisis and potential roads to recovery.