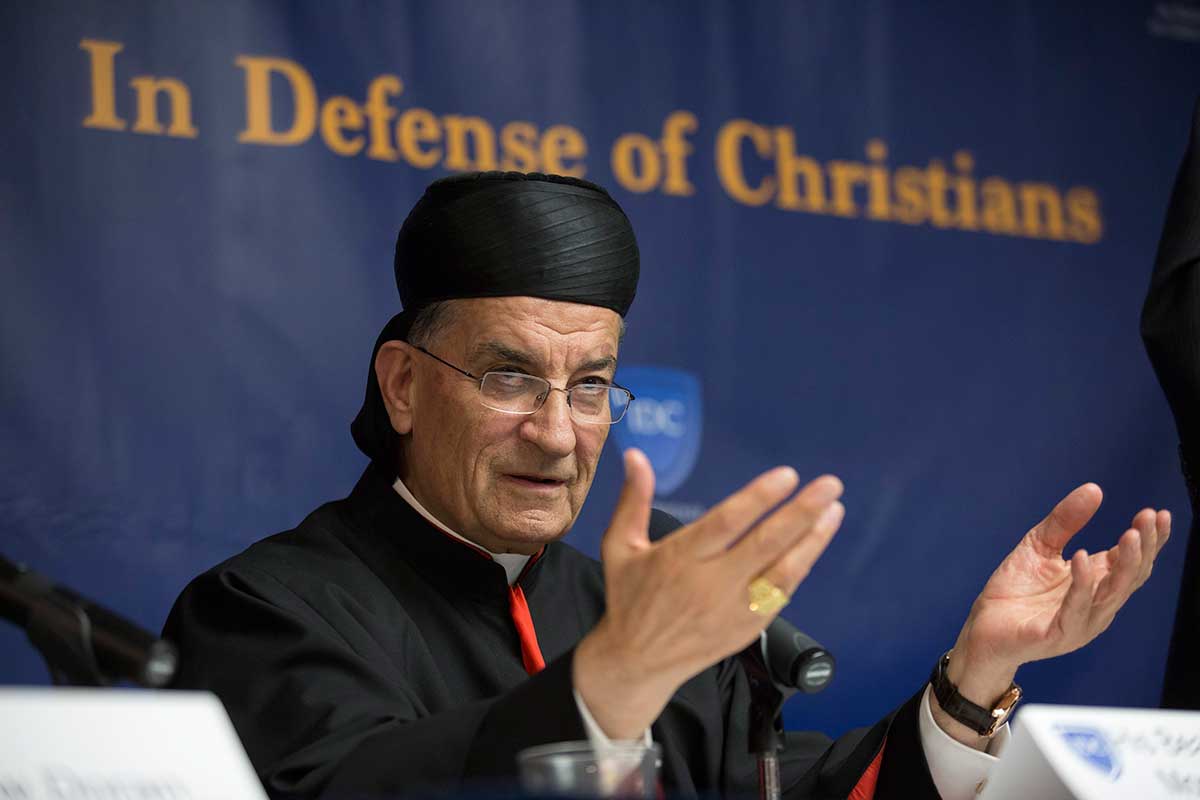 Lebanese Cardinal Bechara Rai, patriarch of the Maronite Catholic Church, is pictured in an Oct. 24, 2017, file photo. The cardinal criticised his country’s politicians over their failure to form a new government as Lebanon veers closer to collapse. (CNS photo/Jaclyn Lippelmann, Catholic Standard)

“Why don’t you form a government when the people are crying out from pain, starving from poverty and dying from disease?” Cardinal Rai, Maronite patriarch, asked, posing more than a dozen questions to the officials. He underscored Lebanon’s dire situation in his homily January 24 at Bkerke, the patriarchal seat north of Beirut.

“Why don’t you form a government when the country has entered the final chapter of collapse? Don’t you fear God, the people and the court of conscience and history?” he asked.

More than half of the Lebanese people now live below the poverty line, and the unemployment rate exceeds 50%. In just the past year, poverty has increasingly become a reality for Lebanon’s middle class as the Lebanese currency lost 80% of its value. Government-sponsored social and economic safety nets are nonexistent.

Broadcast by Lebanon’s Christian stations Tele Lumiere/Noursat and Charity TV, the Mass was attended by only bishops and priests as Lebanon is under lockdown measures due to a dramatic rise in COVID-19 infections and deaths, exacerbating the country’s crises.

Among the “fateful challenges” that Lebanon is facing, Cardinal Rai also pointed to the “disaster-struck capital,” with the Beirut port devastated since the Aug. 4 explosion that killed nearly 200 people, injured thousands and left some 300,000 people homeless.

Cardinal Rai has relentlessly pressed for the formation of a new government, now in its sixth month of deadlock. The government resigned less that a week after the port blast, amid anger and protests over government incompetence and corruption.

In particular, Cardinal Rai has tried to arrange a reconciliation meeting between Lebanese President Michel Aoun and Prime Minister-designate Saad Hariri over their differences regarding a proposed 18-member Cabinet of nonpartisan specialists to enact reforms.

“Dear officials, the constitution was designed for implementation, not for debate,” Cardinal Rai said.

He also stressed that “had there been neutrality in Lebanon, we would not have witnessed any constitutional crisis, including the current crisis of government formation.”

“In addition to partisan interests that produce crises and wars in Lebanon, the main reason remains partiality and the multiple allegiances,” Cardinal Rai said. “Sovereignty is incomplete, independence suspended and corruption rampant.”

Cardinal Rai also congratulated U.S. President Joe Biden on his election and asked him to support the concept of neutrality for Lebanon, proposed by the cardinal, as a means “to restore its stability and prosperity.”

“The salvation of Lebanon requires that the international community look at its cause independently of any connection to the cause of any other country, near or far,” Cardinal Rai stressed.