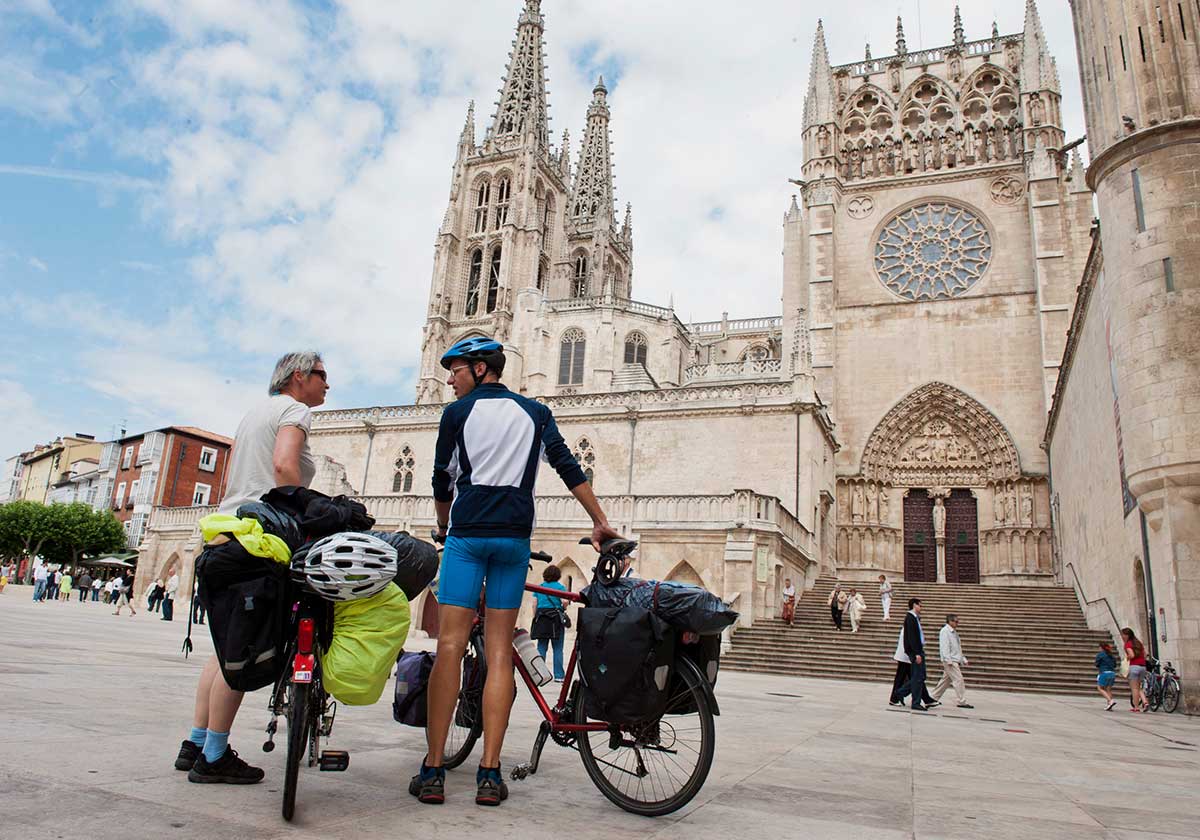 Pilgrims gather outside the Cathedral of Santiago de Compostela in Spain July 25, 2011. Pope Francis wrote a letter to the Santiago archbishop Dec. 31 to mark the opening of the Holy Door at the cathedral. The Holy Year is celebrated at the cathedral, which houses the remains of St. James the Great, on years when the July 25 feast of the apostle falls on a Sunday. (CNS photo/Felix Ordonez, Reuters)

By Junno Arocho Esteves – Pilgrims who embark on the long journey of the Camino to Santiago de Compostela remind others of the spiritual journey all Christians make through life toward heaven, Pope Francis said.

In a letter marking the opening of the Holy Door at the Cathedral of Santiago de Compostela, the pope said that just like countless pilgrims who embark on the famed Camino toward the tomb of St James the Great each year, Christians are “a pilgrim people” who do not travel toward “a utopic ideal but rather a concrete goal.”

“The pilgrim is capable of placing himself or herself in God’s hands, aware that the promised homeland is present in the one who wished to make camp amid his people, to guide their journey,” the pope wrote in the letter sent to Archbishop Julian Barrio Barrio of Santiago de Compostela and published Dec. 31.

The Holy Year is celebrated in Compostela in years when the July 25 feast of the apostle falls on a Sunday. The most recent Holy Year was observed in 2010. For centuries, pilgrims have travelled along the famed Camino de Santiago de Compostela to venerate the remains of St James.

In his message, the pope reflected on the theme of walking on pilgrimage. Just like many pilgrims who have embarked on the Camino, Christians are called to leave behind “those securities to which we tie ourselves, but still having our goal clear; we are not vagabonds who go around in circles without going anywhere.”

“It is the voice of the Lord who calls us and, as pilgrims, we welcome him with an attitude of listening and searching, taking this journey toward the encounter with God, with the other and with ourselves,” he wrote. 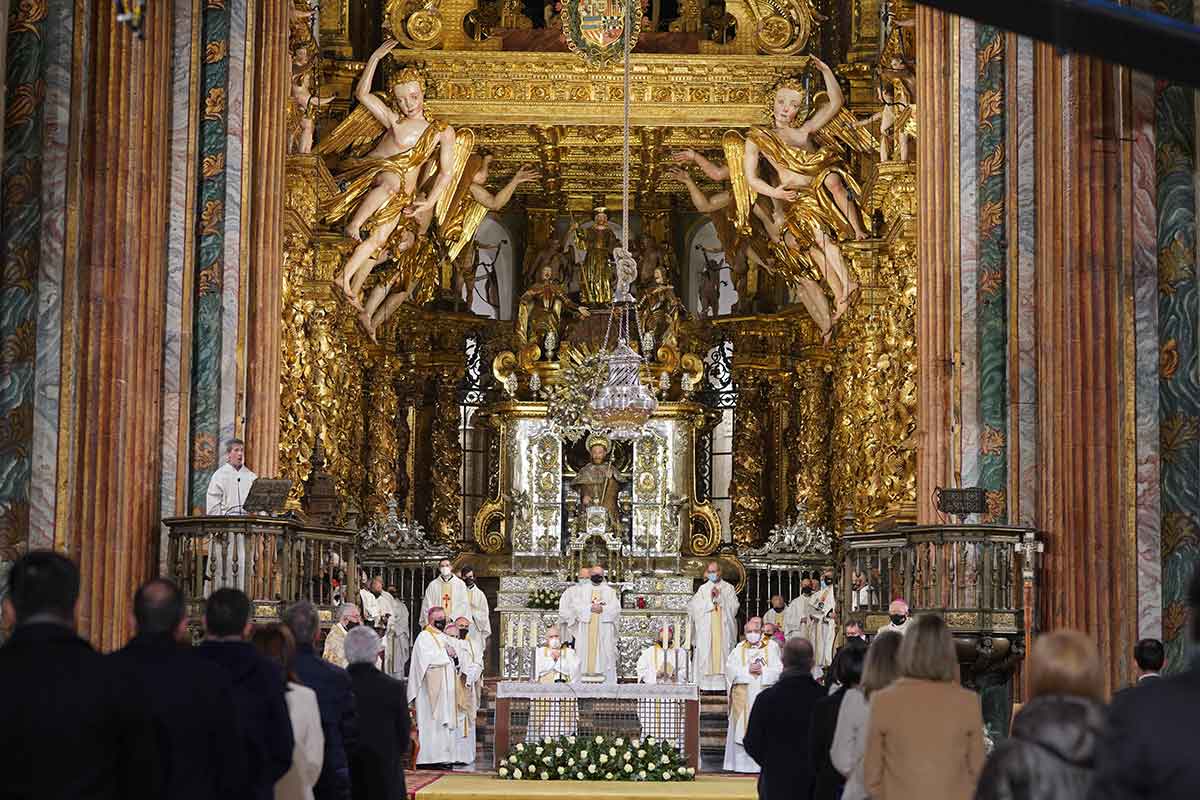 Archbishop Julian Barrio Barrio and other prelates celebrate a service marking the opening of the Holy Door Dec. 31, 2020, at the Cathedral of Santiago de Compostela, Spain. Pope Francis wrote a letter to the archbishop to mark the opening of the door. The Holy Year is celebrated in Santiago de Compostela in years when the July 25 feast of St. James falls on a Sunday. (CNS Photo/courtesy Archdiocese of Santiago)

Walking also symbolises conversion in that it is an “existential experience in which the goal is just as important as the journey itself,” he wrote.

Pope Francis said that pilgrims who travel along the Camino often travel with or find companions along the way whom they can trust “without suspicions or doubts” and who share in their “struggles and achievements.”

“It is a journey that began alone, carrying things one thought would be useful, but it ends with an empty backpack and a heart full of experiences that stands in contrast to and in tune with the lives of other brothers and sisters who come from different existential and cultural contexts,” the pope wrote.

That experience, he said, “is a lesson that should accompany us our whole lives.”

You have the opportunity to visit the Holy Door at Santiago de Compostela’s cathedral on the Holy Year Camino 2021 pilgrimage organised by Fowler Tours/Southern Cross in September. For more information or to book, contact Gail at info@fowlertours.co.za or call/WhatsApp 076 352-3809, or go to www.fowlertours.co.za/camino