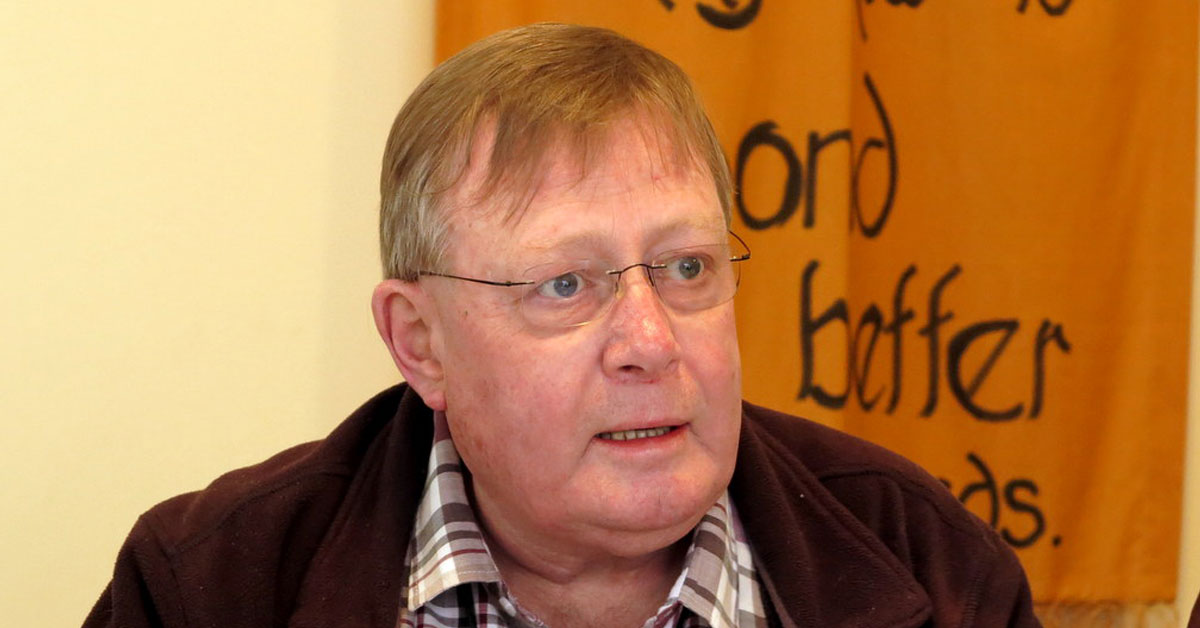 OMISA mourns the death of another of its stalwarts, Fr Ronald Hascott Cairns. Fr Ronnie died on 6 February, aged 74, after being in hospital for more than 4 weeks. He was admitted for a simple procedure to remove an ulcer on his foot. However, an infection had developed in his abdomen owing to his chronic condition. The surgeons did all they could to clear the sepsis.

Fr Ronnie was an Oblate for 55 years and a priest for 49 years. He was an only child and has no known family in South Africa. He grew up in Randfontein. He worked for all his priesthood life in the Johannesburg area. Among his parish appointments were Assistant at Maryvale (1974-1980) and Parish Priest of St Hubert, Alexandra for 40 years until his death.

Of his extensive ministry, he said: ““This then is my apostolate and I find that I rejoice totally in it. Even if it is a lot on a plate it animates me for it is a challenge. It may be asked if certain areas suffer neglect? I do not think so. Obviously whoever we are and whatever we do there will be neglect due to the fact that we are human and limited. But yes, I can handle by the grace of God and the care of Mary and the co-operation of people the whole scene for I see my role as this. I am a priest and leader and animator and I lay out clear directives and principles. I invite full lay or religious participation according to this and I accept joyfully those who respond and also move individuals I believe that have the potential to become involved. I then train them and share and delegate authority and I encourage. It all works as a team.”

Fr Terence Barnard says of him: “A parish that produces the fruit of four vocations to the Oblates of Mary Immaculate testifies to a community of faith inspired by the spirit of St Eugene that was certainly lived by Fr Ronnie.

He embodied the words of St Eugene: ‘We must teach people to act like human beings, then to become Christians, and finally lead them to become saints.’ He communicated with passion his devotion to the Eucharist and the Blessed Virgin. His life of dedicated service was made concrete in his dedication to the poor and the aged.”

At St Hubert, Alexandra Fr Ronnie inculcated a deep spirit of devotion to the sacraments and to the Blessed Mother. He established several organisations to care for children, the aged, and those suffering with HIV/Aids.
He will be missed. May he rest in peace.