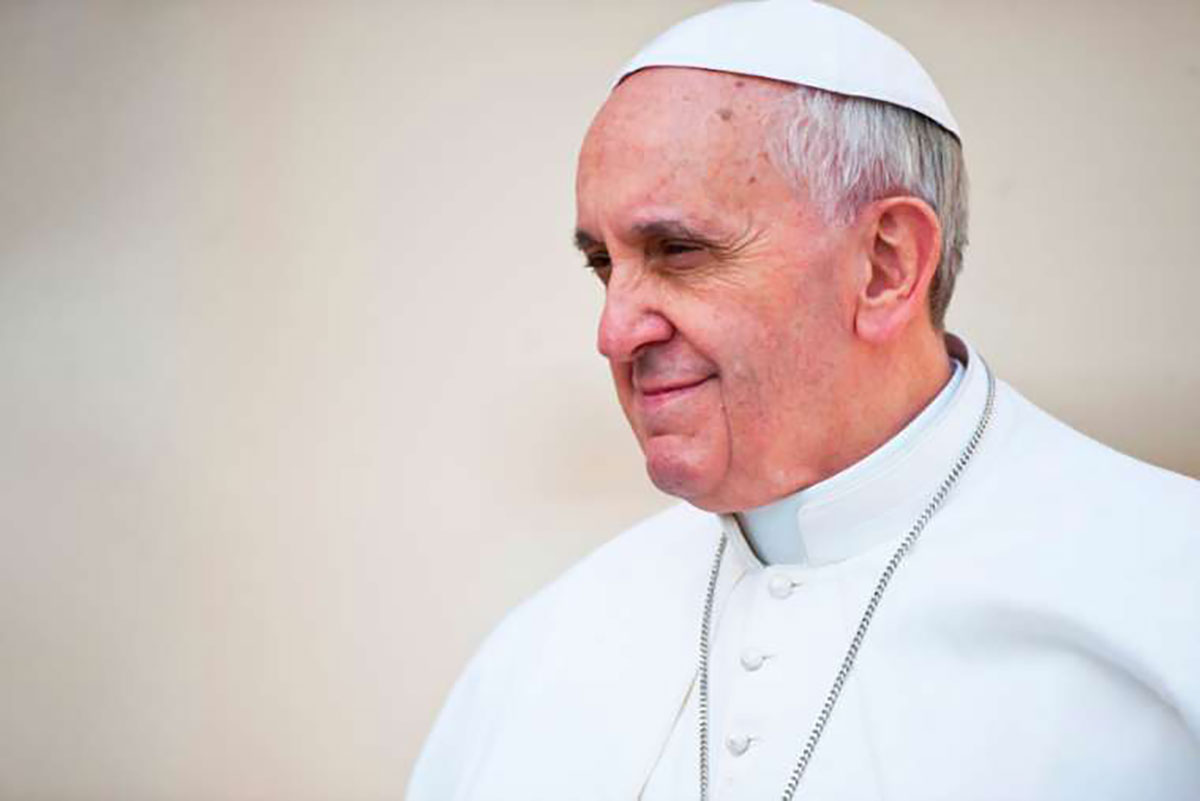 Pope Francis has said that seeing a psychiatrist in Argentina helped him with anxiety when he was a younger priest in an interview published in an Argentine newspaper Saturday.

The pope spoke with an Argentine journalist about his physical and mental health. In the excerpt of the transcript provided by the Argentine newspaper La Nacion, Pope Francis said that he has developed ways of dealing with moments of anxiety, such as listening to music by Johann Sebastian Bach.

The interview, which took place in the Vatican’s Apostolic Palace on Feb. 16, 2019, was published in Spanish on Feb. 27.

In the conversation, Pope Francis looked back at how therapy aided his struggle with anxiety when he served as the Jesuit provincial in Argentina.

“Being provincial of the Jesuits, in the terrible days of the dictatorship, in which I had to take people in hiding to get them out of the country and thus save their lives, I had to handle situations that I did not know how to deal with,” Francis said.

During this time, he said that he consulted a psychiatrist once a week for about six months.

“Throughout those six months, she helped me position myself in terms of a way to handle the fears of that time. Imagine what it was like to take a person hidden in the car – only covered by a blanket – and go through three military checkpoints in the Campo de Mayo area. The tension it generated in me was enormous,” Pope Francis said.

“The treatment with the psychiatrist also helped me to locate myself and learn to manage my anxiety and avoid being rushed when making decisions. The decision making process is always complex. And the advice and observations that she gave me was very helpful. … Her teachings are still very useful to me today.”

Pope Francis said that his anxiety has been “tamed,” compared to what he experienced when he was younger, which he described as “anxious neurosis” and “wanting to do everything now.”

The pope also said that he has learned different ways of dealing with anxieties.

“You have to know how to brake,” he said. “When I am faced with a situation or I have to face a problem that causes me anxiety, I cut it short.”

“I have different methods of doing it. One of them is listening to Bach. It calms me down and helps me analyze problems in a better way. I confess that over the years I have managed to put a barrier to the entrance of anxiety in my spirit. It would be dangerous and harmful for me to make decisions under a state of anxiety,” the pope said.

“It would be equally harmful to make decisions dominated by anguish and sadness. That is why I say that the person must be attentive to neurosis,” he added.

Pope Francis said that he believes that it is also important for priests to have an understanding of psychology for their pastoral ministry.

Since the interview with the pope took place in 2019, restrictions imposed by the coronavirus pandemic have disrupted access to mental health services around the world, according to the World Health Organization, at a time when anxiety and depression are rising.

“I’m convinced that every priest must know human psychology,” Pope Francis said. “There are those who know it from the experience of the years, but the study of psychology is necessary for a priest.”

The pope recalled that reading the book “Be Glad You’re Neurotic” by the American psychiatrist Louis E. Bisch was very interesting and “made me laugh out loud.”

It was not the first time that the pope had revealed his prior experience with seeing a psychiatrist at the age of 42. Pope Francis also discussed it in an interview in 2017 with French sociologist Dominique Wolton.

In the La Nacion interview, Pope Francis also talked about the origin of his lung condition, which was brought on by a flu epidemic when he was a 21-year-old seminarian.

“It was 1957. I was in my second year of seminary … That winter there had been a strong flu epidemic that affected many of the seminarians. Among them was me. But the truth is that my case evolved in a more torpid way. … Upon viewing the X-rays, the specialist found three cysts in the upper lobe of the right lung. There was also a bilateral pleural effusion that caused me pain and shortness of breath,” he said.

After his recovery from the operation to remove part of the affected lobe, he said that he never felt any limitation in his activities.

Pope Francis said: “As the doctors have explained to me, the right lung expanded and covered the entire ipsilateral hemithorax. And the expansion has been so complete that, if he is not advised of the history, only a first-rate pulmonologist can detect the lack of the excised lobe.”

The article also quoted Cardinal Óscar Andrés Rodríguez Maradiaga, who said that the issue of Bergoglio’s lung came up during the 2013 conclave that elected Pope Francis.

“When the figure of the Archbishop of Buenos Aires began to emerge as the new possible pope, they began to move to stop God’s plan that was about to come to fruition. Someone who was supporting another “papabile” cardinal, in effect, spread the rumour in Santa Marta that Bergoglio was ill because he was missing a lung,” Maradiaga said according to La Nacion.

“It was at this point that I took courage. I spoke to other cardinals and said, ‘OK, I’m going to go ask the archbishop of Buenos Aires if these things are really true. ‘ When I went to see him, I apologized for the question that I was about to ask him. Cardinal Bergoglio was very surprised, but confirmed that apart from a little sciatica and a small operation on his right lung to remove a cyst when he was young, he did not have any major health problems.”

The final questions in the 2019 interview with the pope related to death. Pope Francis responded that he thinks of death, but is not afraid of it. When asked how he imagines his own death, the pope replied:

“Being a pope, whether in office or emeritus. And in Rome. I am not going back to Argentina.”