How a Former Heroin Addict Unearthed a Book of Irish Martyrs 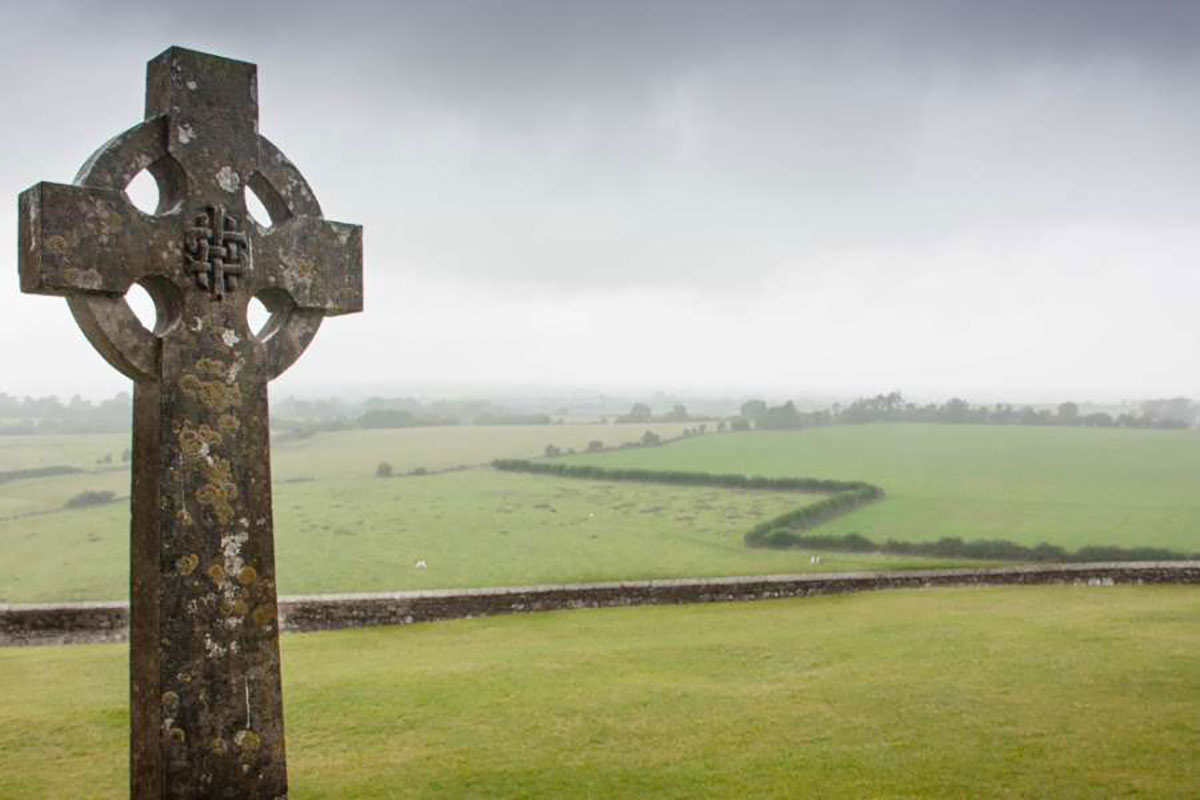 For Damien Richardson, it just seemed like another job. A man had asked him if he would clear out the house of his late sister in north Dublin.

Richardson, a waste contractor, set to work. His house clearance method didn’t involve throwing household items into a dumpster. Instead, he would gather the garbage by hand into bags and then carry them to his truck for disposal.

“It was a spring morning. I remember I was in the kitchen. There was lots of rubbish around the place,” he told CNA in an interview. “Just in the corner, I spotted a box of books. There was one book that was right on top of the pile. It was a really old book.”

“I just picked it up and flicked through it. I don’t know why I picked it up like that. I saw an image of St. Oliver Plunkett, one of the most famous Irish martyrs who was martyred at Tyburn in London.”

He put the book to one side and carried on with his work. But that evening, he sat down to have a proper look at the volume.

“I just could not believe the content that was in it,” he recalled. “The book was compiled in 1896 by an Irish Jesuit priest, Fr. Dennis Murphy. And everything was recorded. It spoke of the Penal Laws, when Cromwell came to Ireland…”

“There were 264 Irish martyrs in the book. Most of them would’ve been bishops and priests. It was eyewitness accounts and it was very, very graphic.”

As he read the stories of extraordinary heroism in the face of persecution, Richardson wondered why he had never heard them before.

“I did know of St. Oliver Plunkett, but not the scale of this persecution that had gone on in Ireland,” he explained. He kept asking himself, “How come Irish people are not talking about these martyrs?”

He began to pray about how he could bring the book to as wide an audience as possible.

Richardson was born in 1973 and grew up in a supportive family in Dublin, but struggled to find his path in life.

In an interview with “Fireside with Fathers” in January, he described how he drifted apart from his warm, loving father and began taking drugs.

His father prayed tirelessly for him, but Richardson said that he was “dishonest” and “unreliable” at the time, and unable to accept help.

But in August 1996, his father persuaded him to go to Medjugorje, enticing him with brochures of sun-kissed Croatian beaches.

Richardson, then aged 23, took heroin before he got on the airplane for the week-long stay in the town in Bosnia and Herzegovina, where the Virgin Mary is said to have appeared since 1981.

Unable to sleep for the first three days because of the effects of drugs, he wandered around the town “with a lot of dark thoughts in my head.” Eventually, he found a bench by a statue of Mary. He fell asleep briefly, then woke at around 5 a.m.

“I remember waking up. It was a very profound moment,” he said. “The sun was shining on my face. There were little birds chirping. There was this lovely breeze blowing over my head as I awoke. And I felt peace I hadn’t felt since I was a child, this interior peace.”

When Richardson discussed his battle with addiction in his interview with CNA, he emphasised: “I just want to give God glory here.”

He said that after his “mini-conversion” in Medjugorje, he entered the Cenacolo Community, which specialises in helping young people to give up drugs. The community supported him as he left behind his addictions to heroin and methadone, an opiate prescribed by doctors as an alternative to heroin.

“I joined the community in 2002 and I changed my life,” he said. “I came back to the faith and so did my wife. We’ve been blessed. We have 12 children now, and one foster child. My youngest child was born pretty sick because myself and her mother were on drugs. She’s been a missionary now for the past four years. God is just so good in every way.”

After his recovery, Richardson set up his own waste disposal company, which led him to the martyrs’ book.

While he was wondering about how best to share the work with others, the 2018 World Meeting of Families took place in Dublin.

Richardson was invited to offer his testimony, surrounded by his wife and children, before Pope Francis in Dublin’s Croke Park. (He even received a namecheck in the pope’s address that evening.)

The Richardson family was chosen to represent Europe at the gathering, alongside other families representing Asia, Africa, and the Americas.

“The other family was from Mosul in Iraq,” he said. They were the family of Fr. Ragheed Ghanni, a Chaldean Catholic priest who was shot dead outside his church in the city in 2007.

“I got to spend the weekend with his mother and father, and sisters,” he said. “It really had a big impact on me, that this guy was martyred just a few years ago. This is real, you know?”

He felt galvanized by the encounter and approached a friend, Michael Kinsella, national director of Aid to the Church in Need Ireland. With his encouragement, the charity decided to republish the book, with all proceeds going to help persecuted Christians.

Kinsella told CNA that the book had inspired significant donations.

Describing his friendship with Richardson, he said: “What obviously impressed me in the first instance was his faithfulness, his testimony of overcoming his own — as it were — martyrdom, his ‘white martyrdom,’ through recovery from addiction.”

“But it was also his humility in recognising that the faith that he’d been gifted with had been hard-defended and won through the sacrifice of so many others. And once he was able to make that emotional and spiritual connection, love begets love. He wanted to share that — and that’s a sure sign of the Holy Spirit.”

“He was most insistent that it was a shared endeavour and that all the proceeds of the book go 100% directly, totally, to the persecuted Church.”

Richardson, now aged 47, believes that the book is particularly resonant in coronavirus times. When he spoke to CNA, public worship remained suspended by the Irish government as a precaution against the spread of the virus.

Not all the martyrs in the book are priests and bishops.

“There’s even a few pages on Irish Catholics who were sold as slaves when they were harbouring priests,” he noted. “The penalty was that the father would get his ears cut off. His property would be confiscated. His wife would be thrown out on the streets and his daughters would be sold as slaves to the West Indies.”

“There are documents where they’re saying there could possibly be 20,000 young boys and girls sold as slaves just because they wouldn’t renounce the Catholic faith.”

(There is an ongoing academic discussion about the similarities and differences between the penal transportation and indentured servitude of Irish people and chattel slavery.)

As Richardson spoke, it was clear that the initial shock he experienced at the violence inflicted on the martyrs hadn’t worn off. He described how priests were sometimes tied between horses, then killed as the animals were driven in opposite directions.

He said that the courage Catholics showed before their executions was “unreal” and a mark of supernatural grace. “They could have stopped this persecution,” he said, “All they had to do was renounce the Catholic faith. And they wouldn’t.” This makes it even more baffling to him that the martyrs are rarely acknowledged in Ireland today.

“Most people haven’t got a clue about this period in Irish history,” he said.

Kinsella suggested that to preserve this precious national memory, martyrs’ stories should feature not only in history lessons but also in catechesis.

“What made people endure privation, hardship, torture for hundreds of years, in the most poverty-stricken of conditions? What made them do it?” he asked.

“Children have no idea that the very soil upon which we walk was drenched with the blood of people who happened to express faith in Christ.”

Looking back on his discovery of the book in the north Dublin house, Richardson summed it up as “a Holy Spirit moment.”

“God put this in my hands. I really believe that Irish Catholics, the faithful, need to read these stories,” he said.

How Divine Renovation Works in Parishes

Pope: Crying Out To God Is Only Source Of Salvation
Share