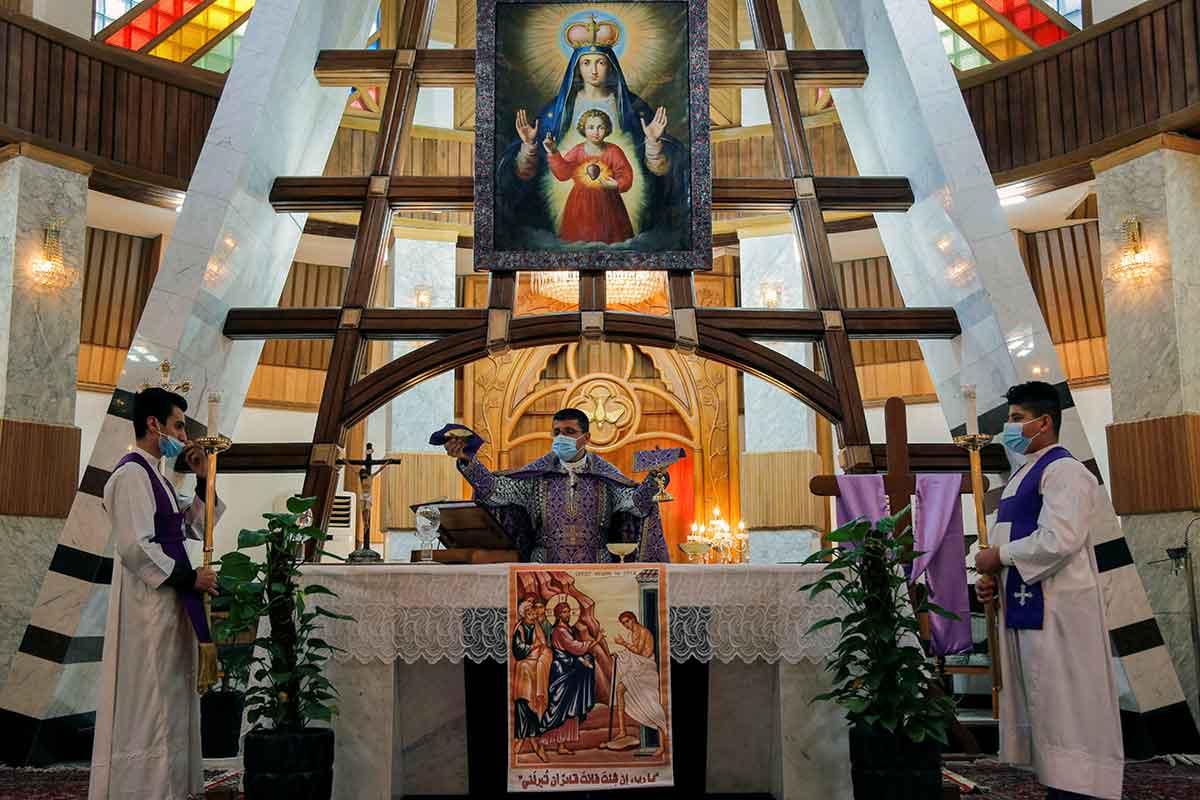 For believers, the ability to practice their faith and receive spiritual guidance are “the highest of essential services,” and pandemic practices over the past year have shown they are not automatically super-spreader events, the Vatican foreign minister said.

Speaking Feb. 23 during the high-level segment of the U.N. Human Rights Council session in Geneva, Archbishop Paul R. Gallagher said, “There are numerous examples of how the freedom of worship can be guaranteed while taking all the necessary precautions to protect reasonably public safety.”

Pope Francis, the Vatican and most bishops around the world acknowledged and accepted most of the measures imposed by local and national governments to ensure public health and slow the spread of the pandemic, he said. But some measures have gone so far as to “impinge on the free exercise of numerous human rights.”

“Any limitations on the exercise of human rights for the protection of public health must stem from a situation of strict necessity,” he said. “Such limitations must be proportional to the situation, applied in a nondiscriminatory fashion and used only when no other means are available.”

However, the archbishop said, in some regions and nations, those criteria were not met when it came to religious gatherings. And, while agreements to respect religious freedom while protecting public health were possible, some government officials never thought to contact and work with religious leaders.

In fact, he said, in the global response to the COVID-19 pandemic, one can see that a “robust understanding of religious freedom is being eroded.”

“By ignoring the religious dimension of the human person, or worse, by dismissing it as nonessential, this fundamental right is being reduced gradually to a form of personal and private freedom of thought or opinion rather than respected as an integral part of what it means to be human,” Archbishop Gallagher said.

“The Holy See would like to stress that, as is recognised in numerous human rights instruments, the freedom of religion also protects its public witness and expression — both individually and collectively, publicly and privately – in forms of worship, observance and teaching,” he told the U.N. council.

But rather than doing their utmost to protect religious freedom, he said, too many local and regional governments moved to apply “even stricter limitations to places of worship or religious education than they do for many other activities and services.”