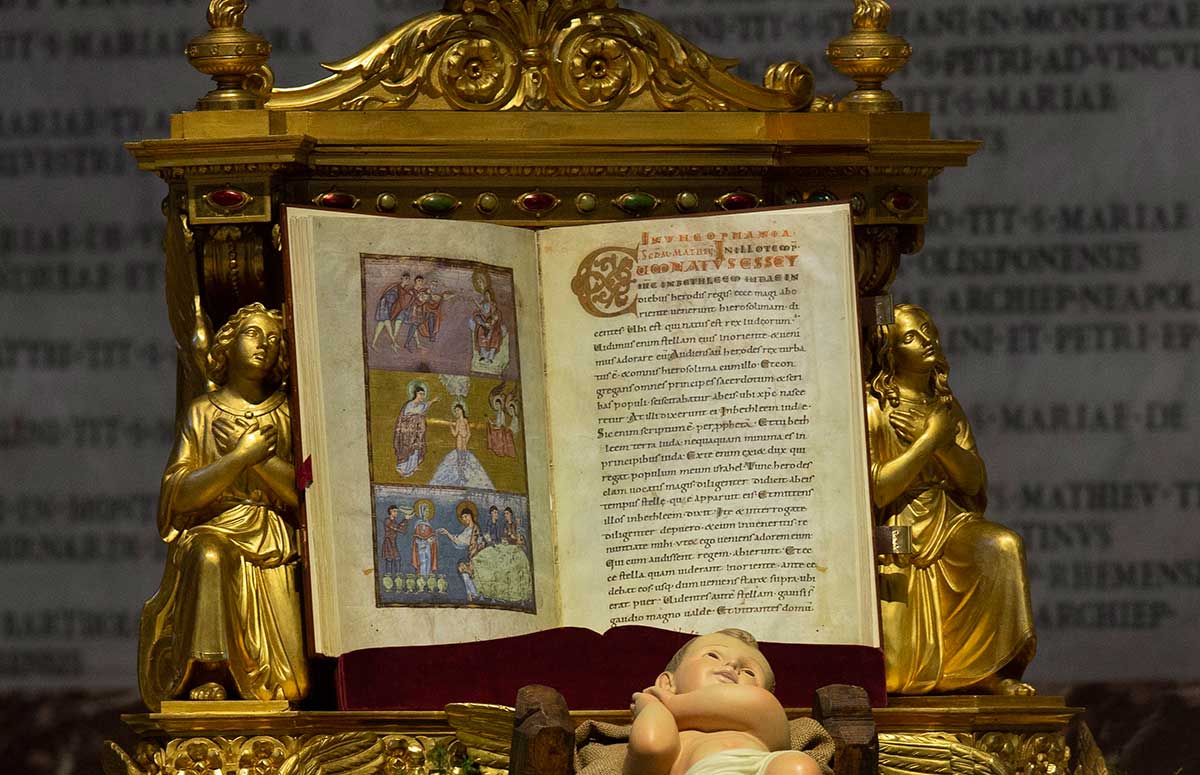 The Book of the Gospels in Latin is pictured in St. Peter’s Basilica at the Vatican Jan. 6, 2021. A survey conducted for the Bible Society found that increased reading of the Bible during the pandemic led to a greater feeling of hope in God and confidence in the future. (CNS photo/Paul Haring)

By Carol Glatz – Reading the Bible has had a positive effect on people’s “mental well-being” during the pandemic, according to a Christian Research survey conducted in the United Kingdom.

The survey also found that respondents were reading the Bible more and turning to Bible-related videos more during the pandemic.

The survey, carried out on behalf of the Bible Society, posed a number of questions to 1,000 people in the United Kingdom who identified themselves as Christians and who had attended church at least once a month before restrictions aimed at curbing the pandemic. The questions were asked in December, and the results were published online by the Bible Society March 1.

Forty-two percent of respondents reported that reading the Bible increased a “sense of hope in God during the crisis, rising to nearly half (49%) among 45- to 54-year-olds,” the report by the Bible Society said.

“Some 28% said that reading the Bible had increased their confidence in the future,” while 63% said they felt their level of confidence remained the same, rather than dropping, it said.

It also found that 25% of the 25- to 34-year-olds in the survey said they had begun reading the Bible during the pandemic.

While many continue to turn to print editions of the Bible, 23% reported using “a Bible-reading app, 30% are now listening to the Bible” and 59% of those surveyed said that “they now watched more Bible-related videos or had started watching them.”

Understanding the First Chapters of Genesis

Pandemic: The Pursuit of Holy Patience