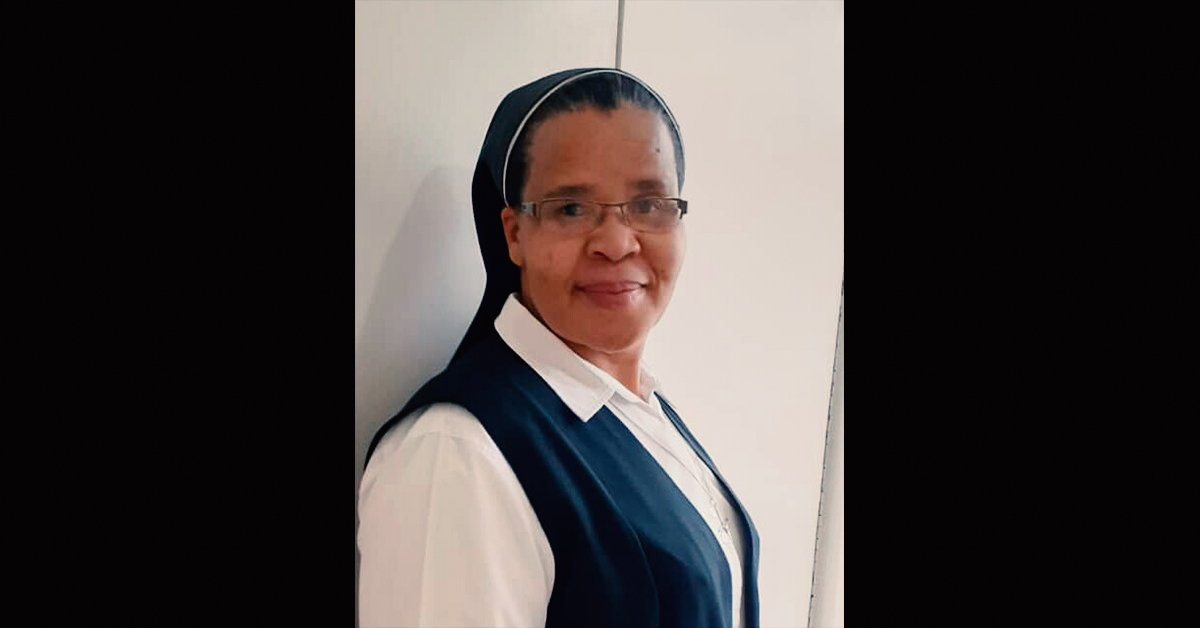 The Southern African Bishops’ Conference (SACBC) has appointed Holy Cross Sister Phuthunywa Catherine Siyali as its new associate-secretary general. The appointment comes in the wake of Fr Hugh O’Connor being appointed SACBC secretary-general after previous appointee Tshifhiwa Munzhedzi OP declined to take up the position after falling ill with Covid-19.

Sr Siyali is quoted on the SACBC website that she is under no illusions about the responsibility she is being charged with. She is appreciative of the trust placed in her by Church leadership and the Holy Cross congregation, and pledged to give her best in the service of God and the Church.

Born in 1970 in Aliwal North, Eastern Cape, Sr Siyali joined the Holy Cross Sisters in 1989. According to the SACBC, he made her first profession in 1994 and final vows in 2000. She obtained her theology degree from UNISA in 2006 and honours through the University of KwaZulu Natal in 2011. She also trained as a spiritual director and retreat director through the Jesuit Institute of South Africa in 2017. At the end of 2020 she completed a formation of formators course in Nairobi Kenya at AOSK Chemchemi Ya Uzima Institute (under the Association of Sisterhood of Kenya).

She has worked in various diocesan posts such as a diocesan animator, catechetical coordinator, and HIV/AIDS coordinator. She has served as a board member of the AIDS programme and empowering underprivileged women with handwork skills. She has also worked in the SACBC Department for Christian Formation, Liturgy and Culture as its coordinating secretary for culture from 2013-19, and served as the SACBC liturgy coordinator from 2016-19.

In her congregation, she has served as a formator and director of vocations.

Sr Munzhedzi, meanwhile, will continue to serve as the promoter of the cause of canonisation of Bl Tshimangadzo Samuel Benedict Daswa in Tzaneen, the position she held before her appointment as associate-secretary general last year.