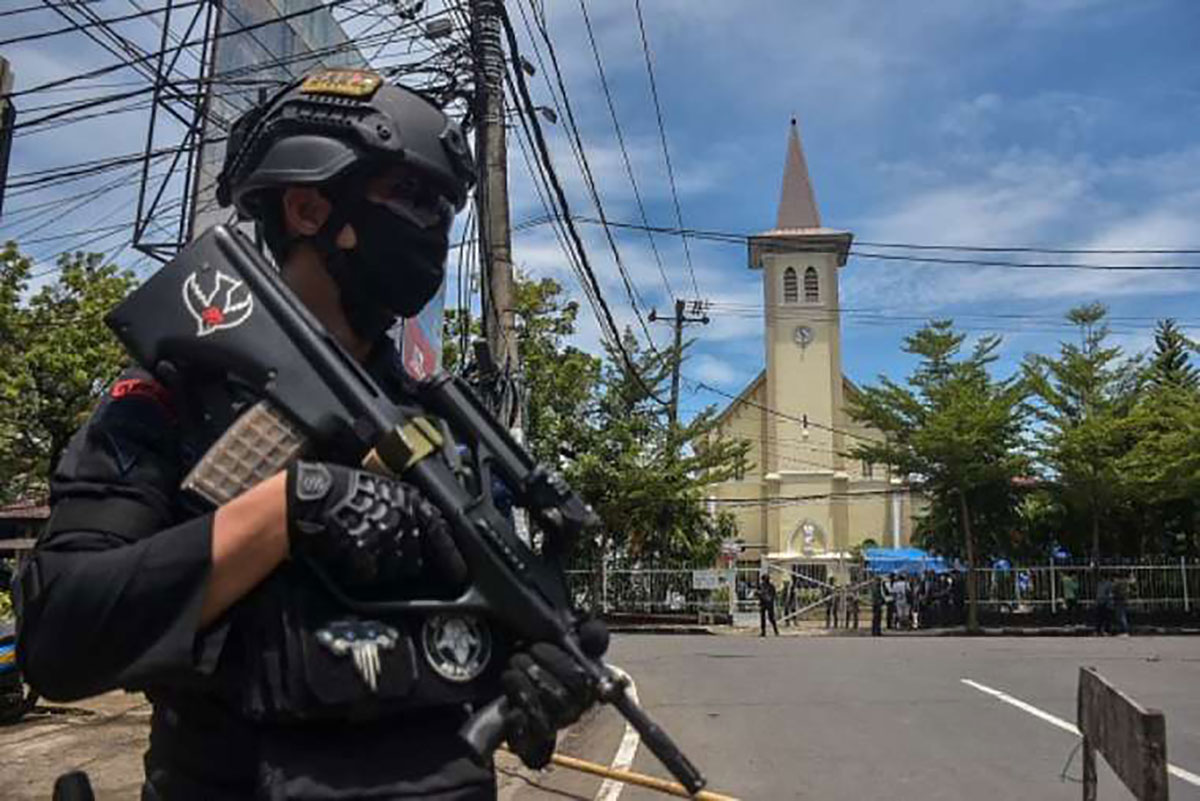 An Indonesian policeman stands guard outside a church after an explosion in Makassar on March 28, 2021. / Indra Abriyanto/AFP via Getty Images.

A suspected suicide bomb attack targeted Catholics leaving a cathedral after Palm Sunday Mass on the Indonesian island of Sulawesi.

The explosion occurred March 28 outside Sacred Heart of Jesus Cathedral in Makassar, capital of South Sulawesi province, as church-goers were exiting the cathedral at the start of Holy Week.

Initial reports said that at least 10 worshipers were injured by the blast at the cathedral of the Archdiocese of Makassar.

Fr. Wilhelmus Tulak, who celebrated the Mass, said that the explosion occurred at around 10:30 a.m. local time.

The priest explained that a suspected bomber, who arrived on a motorbike, tried to enter the cathedral but was turned away by security guards. Other reports suggested that there were two perpetrators.

The Associated Press reported that it had obtained a cellular video showing body parts near a burning motorbike at the cathedral gates.

The BBC said that the bombing happened at the cathedral’s side entrance.

It quoted Makassar Mayor Danny Pomanto as saying that there would have been many more casualties if the attacker had struck at the main entrance.

Makassar is the fifth-largest urban centre in Indonesia, the world’s most populous Muslim-majority nation.

A family of suicide bombers attacked three churches, including the Church of St. Mary Immaculate, in Surabaya, Indonesia’s second-largest city, in May 2018.

The Weight of an Elephant on your Back