Pope Francis: Our Lady of Knock brings a Message of Hope 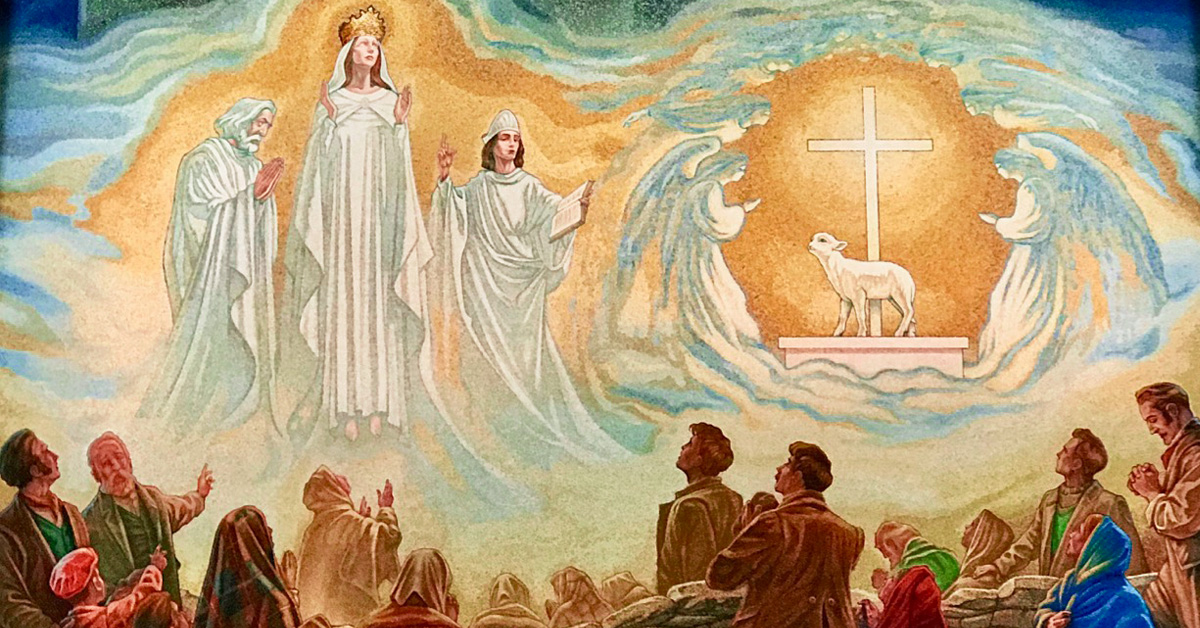 Pope Francis said that Our Lady of Knock exemplifies the importance of prayer and hope as he officially designated Knock as an international Marian and Eucharistic shrine.

The pope sent a video message to the shrine in Ireland to mark its official designation. The video was played during a live-streamed Mass at the shrine on the evening of March 19.

“How many families in the course of almost a century and a half have handed on the faith to their children and gathered their daily labours around the prayer of the rosary, with the image of Our Lady of Knock at its centre,” Pope Francis said in his video message.

“The arms of the Virgin, outstretched in prayer, continue to show us the importance of prayer as the message of hope which goes out from this shrine.”

The pope said that the Irish have been a “missionary people,” expressing gratitude for the many priests who left Ireland to proclaim the Gospel as missionaries and the “many lay people who emigrated to faraway lands but still kept their devotion to Our Lady. Ever since the apparition on August 21, 1879, when the Blessed Virgin Mary, together with St. Joseph and St. John the Apostle, appeared to some villagers, the Irish people, wherever they have found themselves, have expressed their faith and devotion to Our Lady of Knock,” Francis said.

Read about our Southern Cross pilgrimage to Knock

Fifteen witnesses saw an apparition of the Virgin Mary, St Joseph, St John the Evangelist, angels, and the Lamb of God on the south gable of the town church of Knock in County Mayo in the west of Ireland in 1879.

For about two hours, a crowd gathered to adore the apparition and to pray the rosary. Despite the rainstorm, the ground around the gable did not get wet.

Unlike in most other Marian apparitions, the Virgin Mary was silent the entire time and did not offer any sort of message or prophecy.

In his video message, Pope Francis said that Our Lady of Knock’s silence still contains an important message.

“The message which comes from Knock is that of the great value of silence for our faith,” the pope said.

Archbishop Michael Neary of Tuam, the shrine’s custodian, said that Pope Francis’ recognition of Knock as an international Eucharistic and Marian shrine was a “momentous event” and expressed his profound gratitude to the pope.

“It is most fitting that it would be announced and celebrated on the Feast of St. Joseph in the Year of St. Joseph, because alongside Our Lady, St. John the Evangelist and the Lamb of God, St. Joseph also appeared here on that August evening in 1879,” Neary said.

This official designation comes two years after a miraculous healing involving Eucharistic adoration at Knock Shrine in 1989 was officially recognized by the Vatican.

Marion Carroll, a woman who had been bedridden for years with multiple sclerosis, was healed during a blessing with a monstrance at the shrine.

Vatican officials found the Knock apparition itself to be “trustworthy and satisfactory” after two separate commissions, in 1879 and 1936.

Pope John Paul II visited Knock in 1979, saying that he was coming “as a pilgrim.” Mother Teresa spoke at the Marian shrine in 1993 about the sacredness of unborn human life. And Pope Francis visited in 2018.

“I pray that pilgrims from all over Ireland and from across the world who come here, carrying their crosses, will ‘experience deeply God’s closeness, the tenderness of the Virgin Mary and the company of the saints,’ so as to be encouraged and enabled to return home with a more buoyant faith, with hope in their hearts and a more ardent love for God and neighbour,” Neary said.

Tags: Our Lady of Knock