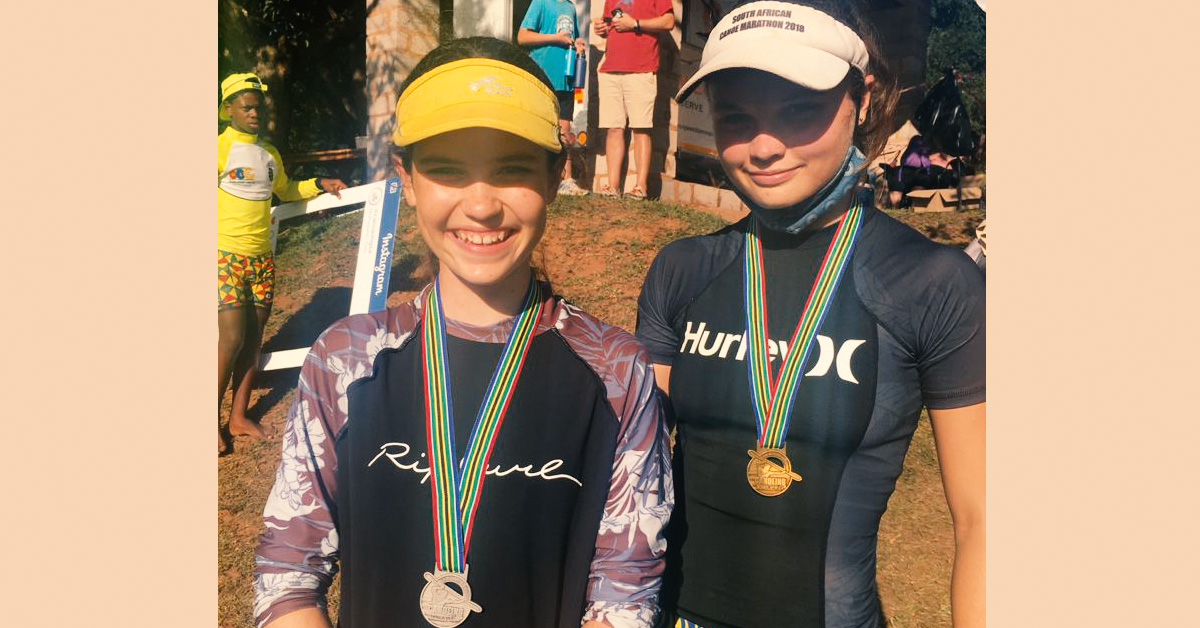 St Teresa’s School is extremely proud of Kayla Szalay (Grade 8) and Caitlyn Evans (Grade 10) on their canoeing achievements at the SA School and Sprint Canoeing Championships at Shongweni Dam in Hillcrest, Durban.

Kayla received 5 Gold Medals and 2 silver medals for her U14 Girls K1 and K2 races and Caitlyn received a gold medal in a very close 200m K1 final and a bronze medal in the U16 500m K1 race.

Caitlyn Evans has also been selected as a member of a squad of sixteen junior South African paddlers to take part in the Olympic Hopes Sprint Regatta in Racice in the Czech Republic from 10 to 12 September.

Canoeing South Africa president Kim Pople noted that the unique Olympic Hopes Sprint Regatta was important as it offered emerging sprinters the chance to race against world-class competition and gain experience in a less pressurised environment.

“This regatta is extremely important for the sprint discipline, allowing our U15, U16 and U17 paddlers a chance to compete at an international event, without the stress of it being a World Championships,” said Pople.