Cuba will not be the same after July 11, Catholic media specialist says 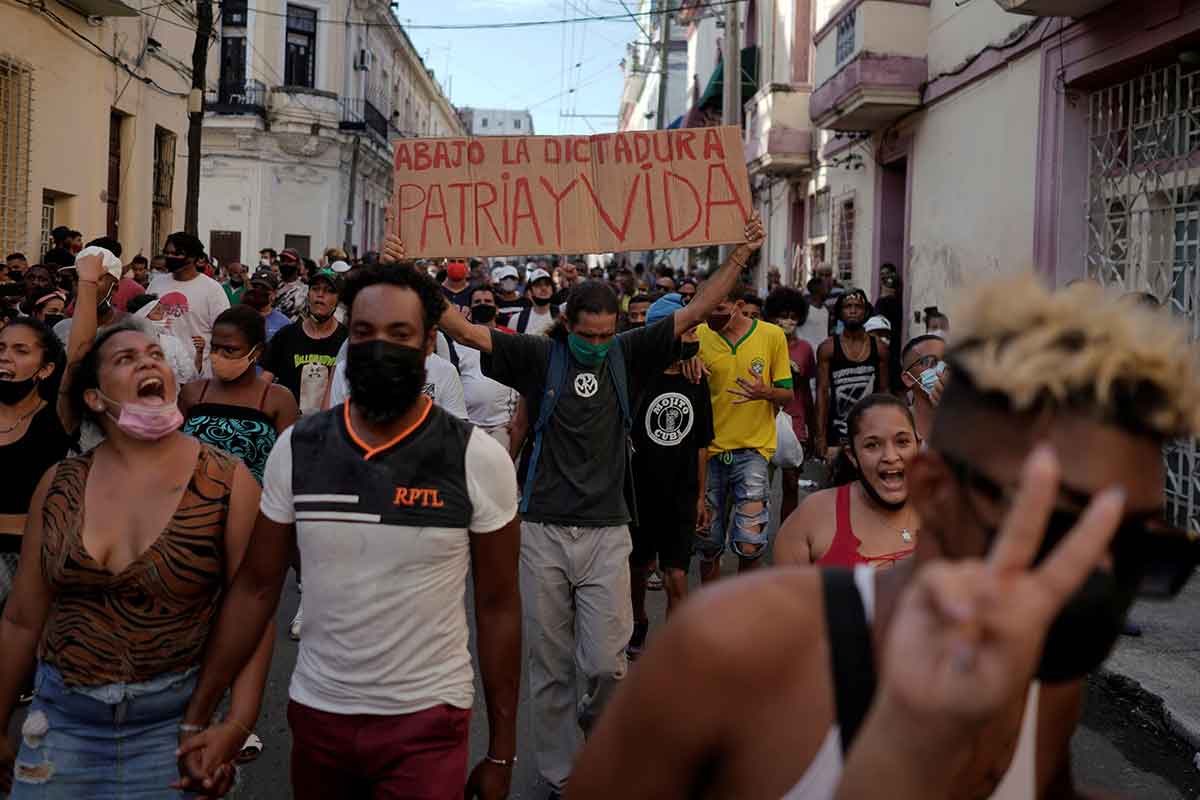 By Tom Tracy – Cubans born in the past two decades are seeing firsthand state repression and violence not witnessed in their lifetimes as economic woes and a coronavirus pandemic widen in their country, according to a Catholic communications specialist in Cuba.

Thousands of Cubans in Havana and elsewhere took to the streets July 11 to protest economic hardships, lack of basic freedoms and the Cuban government’s handling of the coronavirus outbreak, making for what some have described as the most significant unrest in decades.

The government reportedly has responded in the days since the protests with a raft of arrests as protesters, including some clergy, have been dragged away from the streets and at their homes — and including a fatal police shooting of a man taking part in an anti-government protest.

“One thing is for sure: Cuba will not be the same after this, the history of Cuba will have to be rewritten after Sunday, the 11th of July, that is for sure,” said Xavier Carbonell, president of the Cuba chapter of SIGNIS, the World Catholic Association for Communication with members in over 100 countries.

“Some people are beginning to write ’11-J, the new day for national rebellion,” he added.

Carbonell spoke to Catholic News Service in a July 15 phone call in which he described a domestic situation in Cuba that he believes the world media are soft-selling abroad in terms of severity and brutality.

He also talked about how some 50 or more SIGNIS-affiliated church media and other professionals in Cuba are working to keep the world informed of the crisis in the country at the same time the state media is twisting the narrative. Many SIGNIS associates in Cuba work in diocesan communications posts or for church-sponsored publications.

SIGNIS-Cuba put out a statement July 14 with an urgent call for reconciliation, dialogue and respect for freedom of expression in Cuba. The group also is calling for the immediate liberation of those individuals detained during the peaceful demonstrations in Cuba July 11.

“Our prayers and our actions as communicators are and will be in solidarity with all of them and with their families and friends, who live in the anguish and the uncertainty of not knowing the detainees current condition,” the statement read.

It added that a number of young members of SIGNIS-Cuba were arrested for participating in peaceful mobilizations “demanding civil liberties and effective resolution to the shortage of food and lack of health care in the face of the COVID-19 pandemic.”

The recent events were not purely political protests, Carbonell said in the phone interview, adding that there is disappointment in Cuba that the Catholic bishops and Pope Francis himself have not spoken more forcefully against the use of state violence to arrest, beat and detain civilians.

“Many people, myself included, put their hope in a declaration by Pope Francis that never took place, a declaration standing against the call for violence from the (Cuban) president,” said Carbonell, a native of Santa Clara, Cuba, who works for a cultural magazine and as a correspondent for SIGNIS at the international level.

“That was painful for us, and even if he speaks now, the moment has passed according to the impressions of many,” he said.

Some SIGNIS media professionals were detained in secret but subsequently released, Carbonell said, while other protesters not necessarily involved with SIGNIS remain missing, their families are unable to inquire as to their whereabouts due to the current tensions.

“Some of the members were not involved as SIGNIS members in this process, but they are our concern as well; we cannot remain in silence when members of our organization are imprisoned, and this is not the first time; one was threatened one month ago and another was imprisoned in Havana recently,” Carbonell said.

Few of the protesters have expressed their views in a violent way, and SIGNIS has a formal policy of opposing violence and aggression from governments, from outside and from its members, he added.

The police and military, he said, are using social media and video footage of the protests to identify and round up dissident leaders sometimes during nighttime home invasions, which are then filmed and shared by other Cuban bystanders. SIGNIS has been sharing some of the videos and photos with affiliates abroad.

“The terrible thing about this situation is that Cubans are a very peaceful people,” Carbonell said.

“My generations has never witnessed something like this — the last big protest was during the ‘special period’ of the 1990s, with police beating people and threatening people with losing jobs and careers — that is something we have never seen before, at least my generation. And that is very painful.”

“We have also seen that the way the (Cuban) president speaks (on TV) has changed a lot since the first day: We notice that they (government officials) are distracted and they don’t seem to know what to do; they were not expecting this as this was completely spontaneous,” he added.

Regarding the coronavirus pandemic, Carbonell said it was thought to have entered Cuba through the tourism industry and spread out further by hotel and resort workers who became infected and carried the virus to their respective neighborhoods.

And though Cuba claims to have developed vaccines, Carbonell said, he has not received a vaccination and that locals believe Cuba is exporting its stockpiles to several other countries while the situation at home worsens.

“During this context of a pandemic, you cannot order the things you need from a store and so people are forced to stand in endless lines with coins that are useless,” he said.

“When people have to go out and work during the COVID pandemic that means the economic situation is worse than the virus, so that is really saying something,” he added.