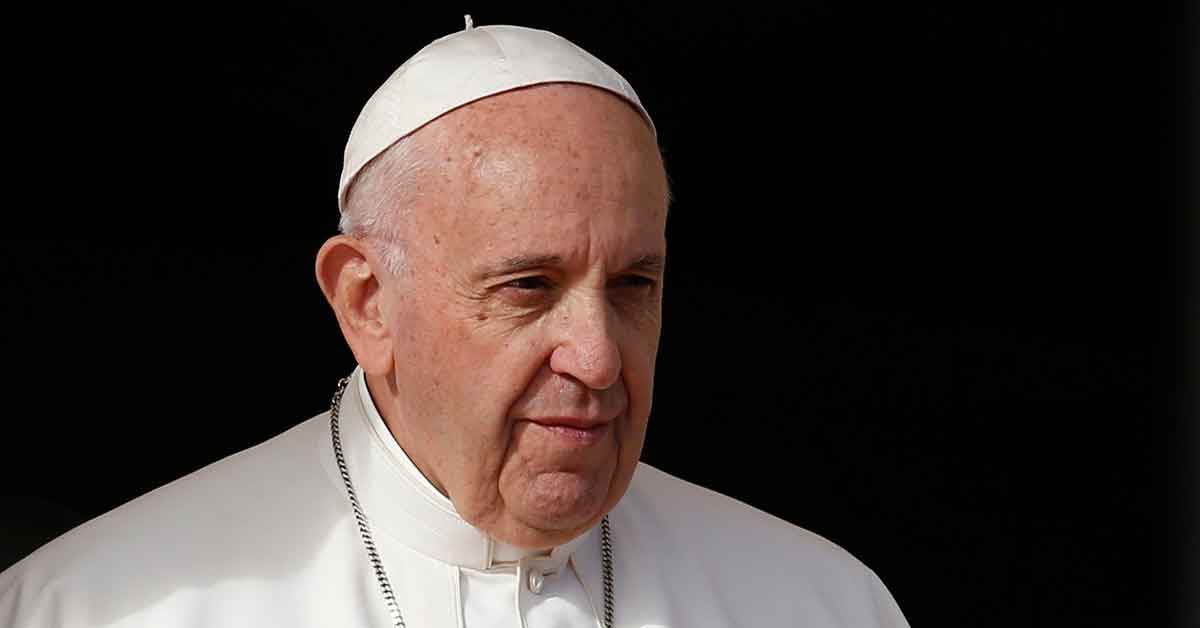 Pope Francis is pictured during his general audience. The pope briefly ran a fever late July 7, leading doctors to perform a CT scan July 8, which showed no signs of infection. He continues to recover well from colon surgery, the Vatican said. (CNS photo/Paul Haring)

By Cindy Wooden  – Recovering from colon surgery, Pope Francis briefly ran a fever late July 7, leading his doctors to perform a CT scan of his abdomen and chest the next morning to check for signs of infection.

The results of the scan were negative, as were the results of “routine and microbiological examinations,” the Vatican press office said July 8.

“His Holiness Pope Francis spent a quiet day, eating and moving unassisted,” the press office said in its daily update on how the pope is recovering after undergoing a three-hour surgery July 4 at Rome’s Gemelli hospital.

As with any operation, but especially intestinal surgery, infection is a major post-op concern.

Before the passing fever, the press office said, Pope Francis had sent a message of “paternal closeness” to the “young patients in the nearby pediatric oncology and children’s neurosurgery wards.”

“At this particular moment, he looks toward all those who suffer, expressing his closeness to the sick, especially those most in need of care,” the press office said.

The Vatican’s July 7 midday bulletin, issued before the pope’s temporary temperature, said the doctors had removed his intravenous drip, and that “the post-operative progress of His Holiness Pope Francis continues to be regular and satisfactory.”

“The Holy Father has continued to eat regularly, and infusion therapy has been suspended,” it added.

Announcing that the pope had arrived at the Rome hospital July 4, the Vatican had said he was to undergo “a scheduled surgical intervention for asymptomatic diverticular stenosis of the colon.”

The next morning, the Vatican said the surgery lasted three hours and included “a left hemicolectomy,” the removal of the descending part of the colon, which can be recommended to treat diverticulitis, when bulging pouches in the lining of the intestine or colon become inflamed or infected.

Three days after surgery, the Vatican said, “the final histological examination has confirmed a severe diverticular stenosis with signs of sclerosing diverticulitis,” a hardening of the tissue. The statement seemed to indicate that the biopsy showed no cancerous cells.

“Pope Francis is touched by the many messages and the affection received in these days, and expresses his gratitude for the closeness and prayer,” the Vatican message said.

Pope Francis is expected to remain in the hospital at least until July 11. Since the pontificate of St John Paul II, the Gemelli hospital, part of the Catholic University of the Sacred Heart, has maintained a suite of rooms on the 10th floor for use by the pope.